A biological explanation for depression: The role of interleukin-6 in the aetiology and pathogenesis of depression and its clinical implications

Stephy Zhang
Fourth Year Medicine (Undergraduate)
James Cook University
Stephy has a special interest in mental health, particularly in rural and remote Australia. She hopes to promote awareness about the importance of mental health in communities by breaking down the negative perception surrounding it. In the near future, she hopes to also conduct research in the field of mental health in Indigenous populations.

Depression is one of the most common health problems addressed by general practitioners in Australia. It is well known that biological, psychosocial and environmental factors play a role in the aetiology of depression. Research into the possible biological mechanisms of depression has identified interleukin-6 (IL-6) as a potential biological correlate of depressive behaviour, with proposed contributions to the aetiology and pathogenesis of depression. Interleukin-6 is a key proinflammatory cytokine involved in the acute phase of the immune response and a potent activator of the hypothalamic-pitutary-adrenal axis. Patients with depression have higher than average concentrations of IL-6 compared to non- depressed controls, and a dose-response correlation may exist between circulating IL-6 concentration and the degree of depressive symptoms. Based on these insights the ‘cytokine theory of depression’ proposes that proinflammatory cytokines, such as IL-6, act as neuromodulators and may mediate some of the behavioural and neurochemical features of depression. Longitudinal and case- control studies across a wide variety of patient cohorts, disease states and clinical settings provide evidence for a bidirectional relationship between IL-6 and depression. Thus IL-6 represents a potential biological intermediary and therapeutic target for the treatment of depression. Recognition of the strong biological contribution to the aetiology and pathogenesis of depression may help doctors to identify individuals at risk and implement appropriate measures, which could improve the patient’s quality of life and reduce disease burden. 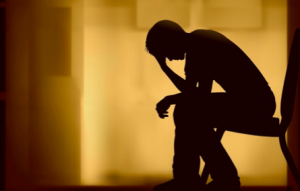 Our understanding of the immune system has grown exponentially within the last century, and more questions are raised with each new development. Over the past few decades research has emerged to suggest that the immune system may be responsible for more than just fighting everyday pathogens. The term ‘psychoneuroimmunology’ was first coined by Dr Robert Ader and his colleagues in 1975 as a conceptual framework to encompass the emerging interactions between the immune system, the nervous system, and psychological functioning. Cytokines have since been found to be important mediators of this relationship. [1] There is considerable research that supports the hypothesis of proinflammatory cytokines, in particular interleukin-6 (IL-6), in playing a key role in the aetiology and pathophysiology of depression. [1-5] While both positive and negative results have been reported in individual studies, a recent meta-analysis supports the association between depression and circulating IL-6 concentration. [6] This review will explore the impact of depression in Australia, the role of IL-6 and the proposed links to depression and clinical implications of these findings.

Depression in Australia and its diagnosis

Depression belongs to a group of affective disorders and is one of the most prevalent mental illnesses in Australia. [7] It contributes to one of the highest disease burdens in Australia, closely following cancers and cardiovascular diseases. [7] Most of the burden of mental illness, measured as disability adjusted life years (DALYs), is due to years of life lost through disability (YLD) as opposed to years of life lost to death (YLL). This makes mental disorders the leading contributor (23%) to the non-fatal burden of disease in Australia. [7] Specific populations, including patients with chronic disease, such as diabetes, cancer, cardiovascular disease, and end-stage kidney disease, [1,3,4,10] are particularly vulnerable to this form of mental illness.[8, 9] The accurate diagnosis of depression in these patients can be difficult due to the overlapping of symptoms inherent to the disease or treatment and the diagnostic criteria for major depression. [10-12] Nevertheless, accurate diagnosis and treatment of depression is essential and can result in real gains in quality of life for patients with otherwise incurable and progressive disease. [7] Recognising the high prevalence and potential biological underpinnings of depression in patients with chronic disease is an important step in deciding upon appropriate diagnosis and treatment strategies.

Role of IL-6 in the body

Cytokines are intercellular signalling polypeptides produced by activated cells of the immune system. Their main function is to coordinate immune responses; however, they also play a key role in providing information regarding immune activity to the brain and neuroendocrine system. [13] Interleukin-6 is a proinflammatory cytokine primarily secreted by macrophages in response to pathogens. [14] Along with interleukin-1 (IL-1) and tumour necrosis factor-alpha (TNF-α), IL-6 plays a major role in fever induction and initiation of the acute-phase response. [14] The latter response involves a shi