This case report describes a previously healthy male patient with a subacute presentation of severe constitutional symptoms, progressing to acute pulmonary oedema, and a subsequent diagnosis of blood culture negative endocarditis with severe aortic regurgitation. Blood culture negative endocarditis represents an epidemiologically varying subset of endocarditis patients, as well as a unique diagnostic dilemma. The cornerstones of diagnosis lay in careful clinical assessment and exposure history, as well as knowledge of common aetiologies and appropriate investigations. The issues of clinically informed judgement and having a systematic approach to the diagnosis of these patients, especially within an Australian context, are discussed. Aetiological diagnosis of these patients modifies and directs treatment, which is fundamental in minimising the high morbidity and mortality associated with endocarditis. 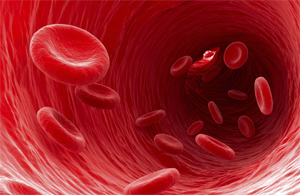 Mr NP was a previously healthy, 47 year old Caucasian male who presented to a small metropolitan emergency department with two days of severe, progressive dyspnoea which was subsequently diagnosed as acute pulmonary oedema (APO). This occurred on a three month background of dry cough, malaise, lethargy and an unintentional weight loss of 10 kilograms.

Apart from the aforementioned, Mr NP’s history of the presenting complaint was unremarkable. In the preceding three months Mr NP was previously treated in the community for pertussis and atypical pneumonia, resulting in no significant improvement. Notably, this therapy included two courses of antibiotics (the specifics unable to be remembered by the patient), with the latest course completed the week prior to admission. He had no relevant past medical or family history, specifically denying a history of tuberculosis, malignancy, and heart and lung disease. There were no current medications or known allergies; he denied intravenous or other recreational drug use, reported minimal alcohol use, and had never smoked.

Mr NP lived in suburban Melbourne with his wife and children. He kept two healthy dogs at home. There had been no sick contacts and no obvious animal or occupational exposures, although he noted that he occasionally stopped cattle trucks on the highway as part of his occupation, but had no direct contact with the cattle. He recently travelled to Auckland, New Zealand for two weeks, two months prior. There were no stopovers, notable exposures or travel throughout the country.

During the initial assessment of Mr NP’s acute pulmonary oedema, blood cultures were drawn with a note made of oral antibiotics during the preceding week. A transthoracic echocardiogram (TTE) found moderate aortic regurgitation with left ventricular dilatation. A subsequent transoesophageal echocardiogram (TOE) noted severe aortic regurgitation, a one centimetre vegetation on the aortic valve with destruction of the coronary leaflet, LV dilation with preserved ejection fraction greater than 50%. Blood cultures, held for 21 days, revealed no growth.

Empirical antibiotics were started and Mr NP was transferred to a large quaternary hospital for further assessment and aortic valve replacement surgery.

Examination of Mr NP, after transfer and admission, showed an alert man, pale but with warm extremities, with no signs of shock or sepsis. Vital signs revealed a temperature of 36.2°C, heart rate of 88 beats per minute, blood pressure of 152/50 mmHg (wide pulse pressure of 102 mmHg) and respiratory rate of 18 breaths per minute, saturating at 99% on room air.

No peripheral stigmata of endocarditis were noted, and there was no lymphadenopathy. Examination of the heart and lungs noted a loud diastolic murmur through the entire precordium, which increased with full expiration, but was otherwise normal with no signs of pulmonary oedema. His abdomen was soft and non-tender with no organomegaly noted.

Empirical antibiotics for culture negative endocarditis were initiated during the initial presentation and were continued after transfer and admission:

Benzylpenicillin for streptococci and enterococci

Doxycycline for atypical organisms and zoonoses

During his admission, doxycycline was ceased after negative serology testing and microscopy identifying gram positive cocci. Benzylpenicillin was changed to ampicillin after a possible allergic rash. Ceftriaxone, ampicillin and vancomycin were continued until the final 16S rRNA result from valvular tissue identifying Streptococcus mitis, a viridians group Streptococci.

The patient underwent a successful aortic valve replacement (AVR) and was routinely admitted to the intensive care unit (ICU) post cardiac surgery. He developed acute renal failure, most likely due to acute tubular necrosis from a combination of bacteraemia, angiogram contrast, vancomycin, and the stresses of surgery and bypass. Renal functional gradually returned after resolution of contributing factors without the need for removal of vancomycin, and Mr NP was discharged to the ward on day six ICU.

Clinical improvement was seen in Mr NP, as well as through a declining white cell count and a return to normal renal function. He was discharged successfully with Hospital in the Home for continued outpatient IV vancomycin for a combined total duration of four weeks and for follow up review in clinic.

There is an old medical adage, that “persistent bacteraemia is the sine qua non of endovascular infection.” The corollary is that persistently positive blood cultures is a sign of an infection within the vascular system. In most clinical situations this is either primary bacteraemia or infective endocarditis, although other interesting, but less common differentials, exist (e.g. septic thrombophlebitis/Lemierre’s Syndrome, septic aneurysms, aortitis, etc.). Consequently, blood culture negative endocarditis (BCNE) becomes both an oxymoron, and a unique clinical scenario.

BCNE can be strictly defined as endocarditis (as per Duke criteria) without known aetiology after three separate blood cultures with no growth after at least seven days, [1] although less rigid definitions have been used throughout the literature. The incidence is approximately 2-7% of endocarditis cases, although it can be as much as 31%, due to multiple factors such as regional epidemiology, the administration of prior antibiotics and the definition of BCNE used. [1-3] Importantly, the morbidity and mortality associated with endocarditis remains high despite multiple advances, and early diagnosis and treatment remains fundamental. [1,4,5]

The most common reason for BCNE is prior antibiotic treatment before blood culture collection, [1-3] as was the case with Mr NP. Additional associated factors for BCNE include exposure to zoonotic agents, underlying valvular disease, right-sided endocarditis and presence of a pacemaker. [1,3]

Figure 1 shows the aetiology of BCNE; Table 3 lists clinical associations and epidemiology of common organisms which may be identified during assessment. Notably, there is a high prevalence of zoonotic infections, as well as a large portion remaining unidentified. [2] Additionally, the incidence of normal endocarditis organisms is comparatively high, which in most cases have been suppressed through prior antibiotic use. [2]

* Traditional IE organisms. Most BCNE cases with usual IE bacteria isolated where antibiotics given before culture. [1-3]

The HACEK organisms (Haemophilus, Actinobacillus, Cardiobacterium, Eikenella, and Kingella) are fastidious (i.e. difficult to grow), gram negative oral flora. Consequently (and as a general principle for other fastidious organisms), these slow growing organisms tend to produce both more subacute presentations as well as larger vegetations at presentation. They have been traditionally associated with causing culture negative endocarditis, but advancements in microbiological techniques have resulted in the majority of these organisms being able to be cultured within five days, and now have a low incidence in true BCNE. [1]

Q Fever is of particular importance as it is both the most common identified aetiology of BCNE, as well as an important offender in Australia, given the large presence of primary industry and the consequent potential for exposure. [1-3,6] Q Fever is caused by the Gram negative obligate intracellular bacteria Coxiella burnetii, (named after Australian Nobel laureate Sir Frank Macfarlane Burnet), and is associated in particular with various farm animal exposures (see Table 4). The manifestations of this condition are variable and nonspecific, and the key to diagnosis often lies in an appropriate index of suspicion and an exposure history. [6] In addition, Q fever is a very uncommon cause of BCNE in Northern Europe and UK, and patient exposures in this region may be less significant. [1,2,6]

The clinical syndrome is separated into acute and chronic Q Fever. This differentiation is important to note for two reasons: firstly, Q fever endocarditis is a manifestation of chronic, not acute, Q fever, and secondly because of the implication on serological testing. [6] Q fever serology is the most common diagnostic method used, and is separated into Phase II (Acute Q Fever) and Phase I (Chronic Q Fever) serologies. Accordingly, to investigate Q fever endocarditis, Phase I serology must be performed. [6]

Given the large incidence of zoonotic aetiologies, the modified Duke criteria suggests that positive blood culture or serology for Q fever be classed as a major criterion for diagnosis of endocarditis. [10] However, Lamas and Eykyn [3] found that even with the modifications to the traditional Duke criteria this is still a poor predictor for BCNE, identifying only 32% of their pathologically proven endocarditis patients. Consequently, they suggest the addition of minor criteria to improve sensitivity, making particular note of rapid onset splenomegaly or clubbing which can occur especially in patients with zoonotic BCNE. [3]

Figure 2 outlines the suggested diagnostic approach, modified from the original detailed by Fournier et al. [2] The initial steps are aimed at high incidence aetiologies and to rule out non-infectious causes, with stepwise progression to less common causes. Additionally, testing of valvular tissue plays a valuable role in aiding diagnosis in situations where this is available. [1,2,11,12]

16S ribosomal RNA (rRNA) gene sequence analysis and 18S rRNA gene sequence analysis are broad range PCR tests, which can be used to amplify genetic material that may be present inside a sample. Specifically, it identifies sections of rRNA which are highly preserved against mutation, and are specific to a species of organism. When a genetic sequence has been identified, it is compared against a library of known genetic codes to identify the organism if listed. 16S identify prokaryotic bacteria, and 18S is the eukaryotic fungal equivalent. These tests can play a fundamental role in the identification of aetiology where cultures are unsuccessful, although they must be interpreted with caution and clinical judgement, as they are highly susceptible to contamination and false positives due to their high sensitivity. [11-13] Importantly, antibiotic sensitivity testing is unable to be performed on these results, as there is no living microorganism isolated. This may necessitate broader spectrum antibiotics to allow for potential unknown resistance – as was demonstrated by the choice of vancomycin in the case of Mr NP.

The best use of 16S and 18S rRNA testing in the diagnosis of BCNE is upon valvular tissue; testing of blood is not very effective and not widely performed. [2,11,13] Notwithstanding, 18S rRNA testing on blood may be appropriate in certain situations where first line BCNE investigations are negative, and fungal aetiologies become much more likely. [2] This can be prudent given that most empirical treatment regimes do not include fungal cover.

Fournier et al. [2] suggested the use of a Septifast© multiplex PCR (F Hoffmann-La Roche Ltd, Switzerland) – a PCR kit designed to identify 25 common bacteria often implicated in sepsis – in patients who have had prior antibiotic administration. Although studies have shown its usefulness in this context, it has been excluded from Figure 2 because, to the best of the author’s knowledge, this is not a commonly used test in Australia. The original diagnostic approach from Fournier et al. [2] identified aetiology in 64.6% of cases, with the remainder being of unknown aetiology.

BCNE represents a unique and interesting, although uncommon, clinical scenario. Knowledge of the common aetiologies and appropriate testing underpins the timely and effective diagnosis of this condition, which in turn modifies and directs treatment. This is especially important due to the high morbidity and mortality rate of endocarditis and the unique spectrum of aetiological organisms which may not be covered by empirical treatment.

The author would like to thank Dr Adam Jenney and Dr Iain Abbott for their advice regarding this case.