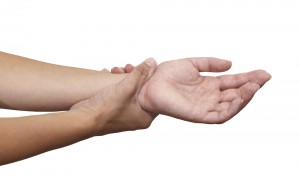 ASOD is characterised by fever, an evanescent skin rash, polyarthralgia, hepatosplenomegaly, leucocytosis, liver enzyme elevation and a high serum ferritin level. [1,2,3] It is a difficult diagnosis to make, as there is no pathognomonic test for the disease and it is a great mimicker of other conditions, such as autoimmune disorders and haematological malignancies.

Despite being a separate clinical entity to JIA and rheumatoid arthritis, there is evidence to suggest that AOSD as well as JIA are triggered by viral infections. [2,3,4] The following case demonstrates a young man who was diagnosed with AOSD following an infection with Epstein Barr Virus. This is impetus for a discussion of the interplay between AOSD and a viral aetiology, and the innate and adaptive immune responses in guiding effective therapy.

In 2012, a previously healthy 20 year old male presented with a sore throat, malaise, tender cervical lymphadenopathy and fever, consistent with infectious mononucleosis. He was transferred to a secondary referral hospital where paired EBV serology was positive for an active infection despite a negative monospot test. The patient’s travel history and past medical history were unremarkable apart from regular alcohol binge drinking.

After being discharged, he began to experience intermittent fevers and night sweats. In addition to this, he had ongoing malaise and was forced to stop work as a mechanic. Weight loss of 10kg occurred during a two month period, along with a persisting microcytic anaemia, with a haemoglobin level of approximately 8.0 g/dL.

His polyarticular pain was distributed mainly to his ankles, knees, shoulders and wrists, and associated with morning stiffness and visible swelling. The pain was partially responsive to regular ibuprofen. He also complained of intermittent pleuritic chest pain. Over a course of two months, his weight stabilised and night sweats improved, but his anaemia and polyarthralgias persisted.

Approximately two months after his initial diagnosis of infectious mononucleosis, the patient represented to hospital with severe polyarthralgias and was unable to walk. During this admission, he was afebrile but had some mild tender cervical lymphadenopathy with no hepatosplenomegaly. A pleural rub was auscultated. He had a salmon-coloured non-blanching rash on the medial aspect of both legs that felt like a ‘sunburn’; this was biopsied. Although the diagnosis of ASOD had previously been considered, the patient was investigated for other causes for these symptoms. The results of these investigations are presented in Table 1. His investigations included a bone marrow and trephine biopsy, which revealed a markedly hypercellular bone marrow. The skin biopsy of the rash on his legs showed a leucocytoclastic vasculitis with perivascular neutrophilic invasion, but negative staining for complement. This finding is non-specific to the condition and can occur due to drug reaction, immune-complex deposition or be idiopathic. [5] As test results did not indicate another likely cause for his symptoms, the patient was commenced on treatment for ASOD and was referred to a rheumatologist.

This case illustrates the unique clinical and laboratory picture of AOSD, with its intermitting and remitting fevers, polyarthralgias, myalgias, lymphadenopathy, transient macular rash and pleuritis. It is likely that the patient had a degree of pleuritis, as suggested clinically with a pleural rub and on CT imaging. Serositis manifesting as pleuritis, pleural effusions or pericarditis can be encountered in ASOD, but is rare. [3,6] The rash is fleeting and may only last for hours or days, and skin biopsies generally reveal a non-specific perivascular inflammation. [1] Our patient’s thrombocytosis and markedly elevated serum ferritin are reactive changes. The serum ferritin level has been suggested as a predictive marker for AOSD as it is invariably elevated and often higher than levels found in other autoimmune or inflammatory diseases, with a five-fold increase in serum ferritin being 41% specific and 80% sensitive as a diagnostic test. [9] The markedly high ferritin level in AOSD has been attributed to hyper-production by the reticuloendothelial system or hepatocyte damage, and is unrelated to iron metabolism. [8] The patient’s blood results illustrated a microcytic anaemia, although the iron studies point towards an inflammatory reaction.

The leukocyte count appears to correlate well with the activity of illness. The underlying mechanism of this is probably bone marrow granulocyte hyperplasia, as demonstrated on bone marrow biopsy in our patient. It is not uncommon to see marked reductions in red cell counts, weight loss and hypoalbuminaemia in active disease. [8]

In our patient, causes of fever of unknown origin with or without rash were considered, such as endocarditis, haematological malignancies and systemic vasculitides. The single cytopaenia, normal LDH and bone marrow biopsy excludes leukaemia, lymphoma and myelodysplasia. It is unlikely he had a protracted course of EBV due to the nature of his symptoms and degree of anaemia, in addition to the negative EBV IgM serology. Given the recent heavy rainfall, migrating polyarthritic conditions such as Ross River and Barmah Forest viruses were considered in the differentials.

The diagnosis of ASOD is made after taking into account the patient’s medical history and risk factors for other infectious agents, environment and relevant infectious diseases epidemiology. Although being a diagnosis of exclusion, there are two commonly used clinical criteria in practice, that being Yamaguchi (Table 2), which has been shown to be most sensitive (93.5%) followed by Cush’s (80.6% sensitivity). [7,8]

In regards to the aetiology of AOSD, there have been numerous case reports of AOSD following viral infection, [4,10] with one citing an older female patient diagnosed with AOSD after EBV infection. [2] Other implicated viruses include rubella, mumps, cytomegalovirus, parainfluenza, human herpes virus 6, echovirus, parvovirus B19, and bacterial infections like mycoplasma pneumoniae, chlamydia pneumonia, yersinia enterocolitica and borrelia. [2,8] Although relevant to our patient, the link between infections and AOSD has not been robustly established from an aetiological perspective, [10] and probably only forms part of the multifaceted pathogenesis, that being a dysregulated immune system combined with susceptible HLA loci. However, no consistent associations between AOSD and particular HLA loci have been elucidated, although HLA-B17, HLA-B18, HLA-B35 and HLA-DR2 have been implicated. [6]

It does appear that pathogenesis of the condition overlies autonomous activity of both innate and adaptive immune systems. Patients with AOSD often show hypercomplementaemia, and serum levels of IL-1β, IL-6, IL-18, TNFα, IFN Ɣ and macrophage-colony stimulating factor (M-CSF) have been found to be considerably higher than compared with controls. [6,7,11] These cytokines also appear to share a role in increasing the production of ferritin. [1,12] IL-18 is predominantly secreted by macrophages and has been implicated in hepatotoxicity [13] and joint disease, [7] and may be the cause of liver enzyme derangement characteristic of AOSD. Serum IL-18 levels also appear to correlate significantly with serum ferritin levels. [8] Furthermore, IL-18 may be seen as the part of the bridge between activation of the innate and adaptive immune systems in AOSD, as it facilitates the Th1 response and induces other cytokines like IL-1 β, TNFα and IFNƔ. [6] Pro-inflammatory cytokines such as IL-6, TNFα and IFN Ɣ also increase the expression of Toll-like receptors (TLR), and high circulating levels of cytokines leads to a higher sensitivity of TLR to anti-microbial or viral peptides, thus creating a self-perpetuating cycle of inflammatory response and augmentation. [14]

On the adaptive immunity side of the pathogenesis, the role of T cells in pathogenesis has been well documented. [11,14] Dysregulated production of a particular subset of T helper cells, called Th17 cells, that secrete IL-17 have been implicated in the development of autoimmune diseases. [15] Significantly higher levels of Th17 cells and serum IL-17 levels were found in both AOSD and SLE patients, and there was a parallel decrease with clinical remission. [10] IL-17 stimulates monocytes to produce IL-6 and IL-1β, which are also principle cytokines involved in the differentiation of CD4+ T cells into Th17 cells. [6] These therefore augment and maintain the inflammatory cascade. [16]

Non-steroidal anti-inflammatory drugs (NSAIDS) had previously been the first line medication for ASOD, despite only being effective monotherapy in less than 15% of patients. [10] The benefits of corticosteroids are higher when patients have more pronounced joint disease, with a response rate of two thirds of the patient population. [10]

Highlighting the implicated cytokines, namely IL-1β, IL-6 and TNFα, [17,18] will guide the use of targeted therapies such as the disease modifying anti-rheumatic drugs (DMARDS). There have been favourable results with corticosteroids, and more than two thirds of patients require corticosteroids after NSAIDs are attempted as symptom relief. [6] The use of DMARDS are indicated where the condition is refractory to corticosteroids without signs of remission, or in combination as corticosteroid-sparing agents. This includes methotrexate, which has indirect actions on TNFα and IL-6. Although there is a lack of robust evidence regarding TNF in the pathogenesis of ASOD compared to rheumatoid arthritis, the use of etanercept and infliximab have shown significant improvement in disease in several case series. [10] Of particular note, there is increasing evidence to suggest that anakinra, an IL-1 receptor antagonist, is well tolerated, and several case series have yielded positive results in ameliorating the disease at a haematological, biochemical and cytokine level. An excess of IL-1β inducing factor has been demonstrated in JIA, a condition that also shares similar pathogenesis to that of AOSD. [6,19]

The clinical course of AOSD is heterogeneous, with patients falling into one of three clinical patterns. The first group which affects about 60% of patients [8] is a monocyclic systemic group with only one episode of systemic manifestations, with complete remission within one year of the onset of symptoms. The second group is polycyclic systemic, whom experience more than one episode which is followed by partial or total remission. The third group is a chronic articular group, with persistent polyarthritis lasting longer than 6 months. [6] In the chronic group, the average duration of disease is 10 years, the symptoms appear to be less permanent than other rheumatological diseases and the disease shows less propensity to interfere with social functioning or time off from work despite disability and the need for long-term medication. [20]

The patient improved satisfactorily with regular ibuprofen and prednisolone 20 mg daily and was discharged after day 7 with a tapering steroid dose.

He was able to resume work, but continued to experience mild intermittent polyarthralgias with no other significant systemic symptoms. Six months post-admission, deterioration in arthritic symptoms prompted the addition of methotrexate.

Consent from the patient was gained for the writing and distribution of this article for education purposes.