Colby Oitment
Fourth Year Medicine (Graduate)
University of Queensland
HBSc
Colby completed his undergraduate studies at the University of Toronto [Ontario, Canada]. He continued his medical education in Queensland, Australia, and will pursue his medical residency and career in North America. 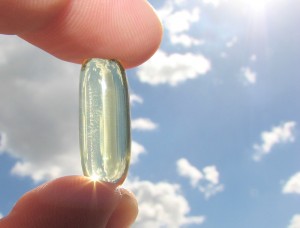 Clostridium difficile-Associated Diarrhoea (CDAD) is becoming a worldwide epidemic with significant patient morbidity and mortality, as well as increasing the costs to health care systems. Although CDAD is generally associated with antibiotic use, there are multiple studies demonstrating that proton pump inhibitors (PPIs) may also be linked with CDAD. This is particularly worrisome for physicians in general practice, where PPIs are among the most frequently prescribed drugs. [1]

Clostridium difficile is a gram-positive, spore-forming, anaerobic bacillus that may cause gastrointestinal infections with poor patient outcomes and significant medical costs. [2,3] In one study, 3% of C. difficile infections resulted in death or admission to an Intensive Care Unit. [4] In 2002, another study demonstrated a mortality rate of 15.7% due to C. difficile colitis. [5] Although there is no complete cost analysis done in Australia, the figures emerging from the United States are staggering, with the average C. difficile infection cost ranging between $10,970-$29,000 per patient [6,7] and the estimated annual cost of $55 million in the state of New York alone. [7]

The mechanism of infestation and standard treatment

C. difficile enters the human body by spores which are ingested orally. Five percent of the population carries C. difficile asymptomatically due to growth-regulation by gastrointestinal flora. [8] In the presence of antibiotics, normal flora may be reduced, allowing an over-colonization of C. difficile. Typically, C. difficile is treated with a 10-day course of metronidazole for less severe infections, or with vancomycin for severe infections, with recurrence rates as high as 25%. [9]

PPIs and the link with C. difficile

PPIs are a class of drugs frequently prescribed in the general practice setting for Gastro-Oesophageal-Reflux-Disease (GORD), [10] peptic ulcer disease [11] and related conditions. [12] PPIs inhibit the hydrogen-potassium ATPase of parietal cells in the stomach, decreasing gastric acid production, thereby settling acid-related gastric symptoms. General practitioners are prescribing PPIs with increasing frequency. This is not surprising, as between 3% and 7% of the population suffer from GORD. [13] The mechanism by which PPIs may lead to C. difficile colitis is unclear; it may be that reduced stomach acidity allows more of the bacterial spores to survive, thereby increasing bacterial load in the gastrointestinal system. [14]

There are multiple studies demonstrating a link between C. difficile and PPIs. [15-18] In one meta-analysis of case-control and cohort studies, it was shown that PPIs imparted a relative risk of 1.69 for the development of C. difficile infection. [19] Another meta-analysis published by Kwok et al. (2012)  suggested a 70% increase in risk of this infection. [20] Given the considerable risk of developing CDAD in association with PPIs, and the morbidity and mortality associated with CDAD, it is recommended that general practitioners use caution when prescribing these medications, observe patients for secondary diarrhoea and investigate with C. difficile cytotoxin assays.

A multi-center case control trial from the Netherlands identified that the greatest risk for development of C. difficile infection was within the first three months after initiation of antibiotics, with the risk peaking at one month and declining between one and three months. [21] According to this study, third-generation cephalosporins and carbapenems were associated with the greatest risk of CDAD.[21] Other risk factors for CDAD include living in long term care facilities, major bowel diseases such as Inflammatory Bowel Disease (IBD), colorectal cancer, radiation and chemotherapy, and age, with highest risk beyond the age of 65 years. [22] It is yet to be determined if similar risk factors are involved in the development of PPI-associated diarrhoea.

It should be noted that the meta-analytic link between PPIs and CDAD is criticized, as there are multiple methodological problems with many of the studies involved. [23] One criticism is that duration and dose of PPI exposure were not variables considered in the meta-analyses; therefore, the exposure-dependent and dose-dependent relationship cannot be established. [23] Further research is required to determine whether there is a causal relationship between PPI use and CDAD.

What can physicians do in the meantime while the link is investigated?

There may be a role for probiotics in the prevention of PPI related CDAD. Probiotics are broadly defined as live microorganisms that exert beneficial effect on the host. [24-26] The mechanism for this is unclear, but may involve the suppression of pathogenic bacteria and/or suppression of inflammation in the gut. [27] There are a wide range of probiotics marketed today to improve immune function including Bifidobacterium lactis, Lactobacillus reuteri, Lactobacillus rhamnosus and others for diarrhoea including Saccharomyces boulardii, Lactobacillus casei, Lactobacilus acidophilus and others. Lactobacillus, bifidobacteria and certain yeasts (eg: Saccharomyces) are the most common microbes used in commercial probiotics. These can be consumed as part of fermented foods, such as yogurt, or directly as supplements. Recommendation of the probiotic S. boulardii with antibiotics has shown a significant reduction in the incidence of antibiotic-associated-diarrhoea in two separate double-blind placebo controlled studies. [28,29] A meta-analysis reveals nine studies have shown use for both S. boulardii and lactobacilli in the prevention but not the treatment of CDAD. [30]

At this point there is no research examining the effects of probiotics regarding the prevention of PPI associated CDAD; however, it is reasonable to presume there may be a role for S. boulardii and lactobacilli in balancing the gastrointestinal tract flora whether the disruption of its microenvironment is secondary to antibiotics or PPIs. If future research demonstrates a similar reduction in PPI-related CDAD, as has been documented with antibiotic-related CDAD, there may be grounds for adjustment of future clinical recommendations to include probiotics with PPIs in the general practice setting.

In general practice, deciding whether to prescribe any medication requires evaluation of risks and benefits to the patient. As minimal risks have been reported in healthy individuals with probiotic use, [31] and given the potential benefit to reduce the incidence of CDAD, research needs to be done to determine whether there is benefit to prophylactically recommending S. boulardii with PPIs. It would be logistically difficult to ensure compliance and no use of alternate anti-acid medication in a randomly controlled longitudinal trial in the development of C. difficile infection. However, a well controlled prospective cohort study may minimize confounding factors and suggest causality by examining patients with limited comorbidities.

The risks of recommending probiotics

There are no systematic reviews demonstrating risk of probiotics; however, general practitioners should be aware that multiple case studies indicate there may be a risk of recommending probiotics in immunocompromised patients. These include cases of hepatic abscesses and pneumonia, [32] probiotic sepsis [33,34] and S. boulardii fungaemia. [35,36] There are no cases of such probiotic sepsis or fungaemia in healthy individuals.

Probiotics have been recommended in the prevention but not the treatment of C. difficile infection associated with antibiotics. While the pathogenesis of PPI-related CDAD is unknown, it presumably involves the disruption of gastrointestinal flora, which is potentially amenable to probiotic supplementation. Given minimal documented risks of probiotics in immunocompetent individuals, research needs to determine whether there are direct benefits of the use of probiotics in the prevention of PPI-related CDAD. Such recommendation on the part of the general practitioner may reduce morbidity and mortality associated with CDAD and reduce costs to the health care system.

[22] Pillai A, Nelson RL. Probiotics for the treatment of Clostridium difficile-associated colitis in adults. The Cochrane Library. 2008; 3: 1-18.