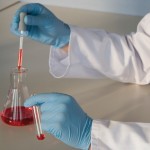 Increasingly clinicians are being asked to participate in translational research–working closely with laboratory scientists to help guide research goals and projects. The work that is done in the laboratory setting can sometimes fall outside the scientific grounding that most medical students and clinicians receive at university, making it difficult to assess the quality of techniques described in journal articles. This article aims to explore some of the most frequently utilised models and technologies in laboratory-based cancer research to ease the appraisal of such scientific papers for the budding clinician.

A recent publication in Nature demonstrating the limitations of the p value has highlighted how research results can be unintentionally misleading, [1] yet many studies still rely simply on this measure. Beyond the limitations of statistics, it is important to consider what a meaningful outcome is in the context of cancer treatment. A treatment may lead to a significant reduction in the levels of a certain protein or RNA transcript, but it is more important to measure how this ultimately affects an in situ tumour. Depending on the way these levels are measured, a small reduction in expression levels can appear statistically significant, but may not represent a large enough change to actually alter the behaviour of tumour cells. Small quantities of stimuli such as cytokines can sometimes have no effect on cancer cells. [2] Similarly, systems can reach an optimal concentration at which point even increasing doses by 10-fold will have no additional effect on cell growth. [2] It is therefore pertinent to consider not only whether a change can pass statistical tests, but also whether this change is altering the tumour environment through more functional experiments that can quantify proliferation, angiogenesis, cell death or apoptosis.

Many studies utilise in vitro cell culture work. It is a convenient way to look closely at the behaviour of cancer cells in response to various stimuli and treatments. There are, however, a number of limitations to this model. Human cancer cell lines originate from human tumours (the most famous being the HeLa cell lines – isolated from Henrietta Lacks, a cervical cancer patient from the 1950s [3]). Many are not sourced from primary tumours, but rather originate from metastases, commonly from surrounding lymph nodes, but sometimes from such unusual and distal sites as a brachial muscle metastasis. [4] Cancer cells that metastasise are known to have different properties to primary tumours, [5] and although studying metastasis themselves is a valuable pursuit, applying the properties of these cells to a whole disease is flawed.

Furthermore, in order to culture cancer cells, an immortalisation process must be undertaken to allow continued growth outside of the body. [6] Although many cancer cells have already developed a way to avoid normal cell cycle regulation, this process inevitably introduces more oncogenic mutations that may not have been present originally. [7] It is also clear that over time in culture, these cells develop further mutations, leading to variability in results. The product of this is conflicting scientific articles: for example, eight years later and in a different laboratory, pancreatic cancer cells showed the opposite expression of a key oncogenic transcription factor. [8, 9]

Despite allowing scientists to look closely at the behaviour of cancer cells, in vitro studies have limited application to in vivo disease, demonstrating the need for in vitro studies to be confirmed with compelling disease models.

As a way of contextualising results seen in cells cultured in the laboratory, animal models of cancer are widely used to examine pathogenesis and management options.

Specific augmentation of genes can lead to spontaneous development of tumours without other stimuli. [10] These models can be excellent for studying a range of disease processes, looking at specific oncogenes and other events (such as inflammation) that may result in the development of tumours. [10] Their relevance can sometimes be limited by this single mutation, as very rarely do endogenous or naturally occurring human tumours result from one single mutation. Additionally, tumours do not always mimic the disease course in humans, with atypical metastatic processes. [11]

As gene modulation developed, a number of systems that allows organ- or cell-type-specific genetic mutation have allowed more detailed study into the roles of specific proteins in the development of tumours.

A common inducible model is the Kras model. Kras is a gene that is mutated in approximately 90% of lung cancers. [12] This gene can be utilised to generate lung tumours in mice. Removal of a stop codon in the K-ras gene allows for expression and development of tumours, which can be done by administering a viral effector, AdenoCre. [12] Similar to mice with specific genetic mutations, this sort of targeted induction of mutation is not wholly representative of human disease.

Other forms of treatment can also be used to provoke dysplasia in animal models. An extremely widely used model for mimicking inflammation-associated colorectal cancer is the DSS-AOM model. This model has been highly variable, especially in regards to the role of the immune system in worsening or alleviating disease. [13-18] Much of this variation has been attributed to resident gut flora variation, highlighting its role in the development of inflammation-associated cancer, [16] but not assisting in providing a robust answer to the scientific questions posed in these individual studies.

An alternative to endogenous cancers, animals can be used to investigate the response of human tumours to therapies. The process of removing a tumour from a patient, and inserting it into an immunocompromised mouse is called xenografting. These can be very effective models for assessing, in vivo, the penetrance and effects of cancer therapy. [19-22] Unfortunately, these too have limitations. Many studies insert tumours in the subcutaneous tissue of the mouse flank – making tumour size easy to measure, both for ethical and research outcomes. However, the limitations of this location are clear, as the tumour is not located in a place it would usually physiologically be able to access. Recently, an effort to establish xenografts in a most physiologically appropriate location has been made. [23, 24] This may yield more accurate results and improve the efficiency of translated treatments in clinical trials.

Xenografts could also potentially play a role in advancing personalised medicine. Studies have implanted an individual patient’s tumour into a colony of mice, who are then administered a range of chemotherapeutic agents to determine which regime leads to the greatest reduction in tumour burden. [25] This is an exciting frontier in personalised medicine that will hopefully lead to more effective treatment in the future.

Despite limitations in laboratory research, the future for cancer therapy lies, at least partially, in these laboratories. When paired with a clear clinical goal and active attempts to translate ideas both from the bed to the bench and back again, promising breakthroughs can be made that will be valuable for researcher, clinician and most importantly, patient.