Tasciana Gordon Final Year Medicine James Cook University
Tasciana is a final year medical student at James Cook University. She is the Cairns Co Chair for Rural Health in Northern Outback. In third year she was in the winning team for JCU in the Emergency Medicine Challenge at the AMSA convention in Sydney. She is interested in many aspects of medicine and hopes to have a successful career in the field of her choice.

Introduction: Guidelines for the first-line treatment for late-onset schizophrenia (LOS) in the elderly patient have not been established. The current recommended treatment of schizophrenia in younger age groups has been extrapolated to those in the older age groups. This report considers the effects of medication specific to this demographic.

Case study: BB, a 73-year-old male, presented to the Mental Health Unit following a request and recommendation in response to concerns from family and friends, with a history of increasing paranoia and paranoid delusions. He was managed under an involuntary treatment order and was prescribed aripiprazole 10 mg once daily.

Methods: A literature review was conducted using UpToDate, Medline, PsychOnline and Ovid databases with limits set to exclude articles that were not written in English, published before the year 2000 or which were not available as full text. Articles were found using a combination of the search terms “late onset schizophrenia”; “risperidone AND mechanism of action”; “aripiprazole AND mechanism of action”; “paraphrenia”; “schizophrenia AND Australian therapeutic guidelines”; and “atypical antipsychotics pharmacology”.

Conclusion: Aripiprazole should be considered as first-line management for patients with late-onset schizophrenia. 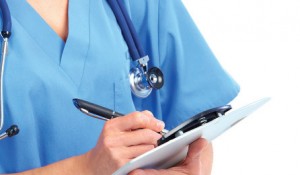 BB is a 73-year-old Caucasian male who presented to the Mental Health Unit (MHU) following a request and recommendation (under the Queensland Mental Health Act 2000) in response to concerns from family and friends. BB presented from a nursing home with paranoid delusions that incorporated persecutory themes with thoughts that the nursing staff were poisoning his food in order to kill him. He also presented with auditory hallucinations complaining of hearing people through a speaker telling him they were going to cut off his toes and genitals. BB expressed suicidal ideation to escape, however, no previous attempts at suicide or self-harm had been made. When BB was further questioned about a suicidal plan he stated that he would like to do it cleanly with towels around him so there was no mess but no instrument or method was established. There was no history of substance abuse.

BB is retired and lives in a nursing home. His wife died three years prior to this presentation.

On assessment, BB was well groomed, sitting on a hospital bed, clutching his legs in a curled up manner. Mr. BB maintained a paranoid and untrusting manner throughout the presentation, with poor eye contact. Therefore, rapport with mental health staff was difficult to establish. His speech was agitated and consistent with anxiety. Affect was restricted and he appeared apprehensive towards the interviewer. His mood was difficult to establish because of his paranoid state. He had no insight into his mental illness and judgement was poor. BB was assessed to have a moderate risk of violence.

A Mini-Mental State Examination was carried out on admission to the MHU. BB scored 30/30 and combined with further assessment in the MHU dementia-related psychosis was excluded.

BB had a one-week admission to the MHU four years previously following the death of his wife. He had neurovegetative symptoms: not eating or sleeping and not carrying out activities of daily living. He required diazepam to assist with sleep and a nasogastric tube for enteral feeding. He was later discharged with family support.

BB has a medical history of hypertension, dyslipidaemia and ischaemic cardiomyopathy.

After a request and recommendation for assessment, BB was diagnosed with late-onset schizophrenia in accordance with the Diagnostic and Statistical Manual of Mental Disorders, 4th Edition, Text Revision (DSM-IV-TR) criteria and managed under the Mental Health Act (involuntary treatment order) for three weeks for this presentation.

BB was commenced on aripiprazole 5 mg once daily (OD). His auditory hallucinations and paranoid delusions persisted with no reduction in their severity. Aripiprazole was then increased by 5 mg after four days until clinical improvement was achieved at 10 mg OD.

Throughout the admission, BB’s auditory hallucinations and paranoid delusions resolved significantly and there was an improvement in his mental state. Pharmacotherapy combined with repetitive cognitive assessment resulted in a good initial prognosis.

Following aripiprazole 10 mg daily for two weeks, BB reported no auditory hallucinations or paranoid delusions. There had been no side effects of aripiprazole. BB was discharged with aripiprazole 10 mg OD and returned to Old Persons’ Mental Health Services in the community for support.

Schizophrenia is characterised by various symptoms including delusions, hallucinations, disorganised speech, grossly disorganised or catatonic behaviour and negative symptoms (including loss of motivation, poverty of words and affective flattening). [1,2]

Late-onset cases present with some differences to early-onset schizophrenia. The clinical presentation of LOS includes more persecutory delusions and hallucination, as evident in the case study, and is less likely to include disorganised behaviour and negative symptoms. [1] LOS has been demonstrated to have an increased response to pharmacotherapy (anti-psychotics) in lower doses, resulting in an improvement in symptoms compared with early-onset schizophrenia. [2]

If smaller doses can be administered the possibility of side effects is reduced.

The current recommended treatment of schizophrenia in younger age groups has been extrapolated to those in the older age groups. This article is a review of the literature, supplemented with a case study, and outlines the evidence that is available for the effectiveness of aripiprazole as first-line management of LOS. Aripiprazole is compared with risperidone, which is the current first-line management for schizophrenia in the younger population. Risperidone has been used for this review rather than olanzapine and quetiapine as it is more frequently prescribed as initial management in the elderly population. [3]

To address the management of LOS, a literature search was conducted using the search terms “late onset schizophrenia”; “risperidone AND mechanism of action”; “aripiprazole AND mechanism of action”; “paraphrenia”; “schizophrenia AND Australian therapeutic guidelines”; and “atypical antipsychotics pharmacology”. The databases UpToDate, Medline, PsychOnline and Ovid were used with limits set to only include articles written in English and available as full-text journals. Articles published before the year 2000 were excluded from this study. Articles including meta-analyses (Level I evidence) as well as randomised controlled trials (Level II Evidence) were reviewed. No study was found comparing the use of risperidone as first-line management for LOS with the use of aripiprazole.

The Royal Australian and New Zealand College of Psychiatrists (RANZCP) Clinical Practice Guidelines for the treatment of schizophrenia (inclusive of LOS) and related disorders since 2005 include psychotherapy and pharmacotherapy. [3]

Guidelines for the introduction of pharmacotherapy recommend:

Aripiprazole is the proposed first-line management of LOS versus risperidone.

The recommended starting dose for aripiprazole is 10 mg to 15 mg OD. [6] Intramuscular injection has a therapeutic benefit from 10 mg to 30 mg. There is no evidence showing oral medication being more effective above 15 mg OD. It is advised that dose increases should not be more frequent than twice weekly as this is the time needed to achieve a steady state. [6] In contrast, recommended initial risperidone dosing is 2 mg with titration in increments of 1–2 mg per day as tolerated by the patient to a recommended dose of 4 to 8 mg. For schizophrenia, efficacy with risperidone has been evident from 4 mg to 16 mg.

In review of the Cochrane database, aripiprazole was compared with other antipsychotics for schizophrenia. One hundred and seventy four randomised control trials (RCTs) were compared involving 17 244 participants. [10] The RCTs comparing aripiprazole against risperidone demonstrated an increase in efficacy through an improvement in mental state measured by the Brief Psychiatry Rating Scale when using aripiprazole. Additionally, for patients using aripiprazole there was also a significant increase in the quality of life. Despite these demonstrations of efficacy these RCTs do not compare the use of these medications in the elderly population, limiting their applicability to LOS.

Comparison of side effects

Aripiprazole has minimal extrapyramidal side effects. [11] Sedation is a dose-related side effect (most prominent at 30 mg) which seems to decrease with time. [7,12] Monitoring is important in the elderly because of the potential for increased falls and, subsequently, possible fractures and head injuries.

In several controlled trials aripiprazole-induced extrapyramidal side effects were reported to be reduced compared to dopamine antagonists such as risperidone. [13-16] However, aripiprazole-induced akathisia was reported as higher (approximately 20%) in patients with schizophrenia. Anticholinergic agents may be used to treat parkinsonism and dystonia but are ineffective in treating akathisia. Beta-blockers and benzodiazepines are effective in reducing akathisia.

Risperidone has been reported to have increased extrapyramidal side effects including parkinsonism, akathisia, dystonia and tremor. [5,16] Cerebrovascular side effects include stroke and altered cardiac conduction, potentially causing life-threatening arrhythmias. Nausea, constipation, dyspepsia, salivary hypersecretion, abdominal discomfort, and diarrhoea were also recorded. Prolactin inhibition may result in reduced libido, caused by reduction in levels of testosterone and oestrogen. In long-term therapy low testosterone and oestrogen levels may lead to osteoporosis, which is especially relevant for older adults.

Despite the indirect evidence for the use of aripiprazole in LOS, there is a paucity of studies directly comparing aripiprazole and risperidone in LOS. Further controlled studies (ideally double-blinded, placebo-controlled) should be performed to assess the efficacy, side-effect profile and drug interactions in older-age patients.

Informed consent was obtained from the patient for the original case report.