Minding the mental in health…

“There is no health without mental health”—David Satcher, US Surgeon General, 1999 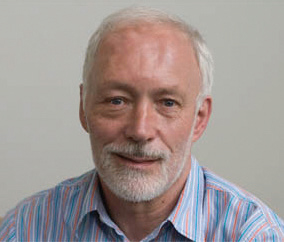 As Australia’s future doctors, you are facing the challenges of finishing your training and establishing yourself within your chosen career pathway in a profession that offers unique opportunities, but also significant stressors, all at a uniquely vulnerable time of life. Many of the stressors associated with a career in medicine have a disproportionate impact on students and junior doctors. These include the high workloads and demanding training requirements—often within difficult clinical environments—that young doctors face in the early stages of their careers, along with the need to find a balance between the demands of professional and personal responsibilities, among other others. In this context then, it should come as no surprise that medical students, and doctors, report substantially higher rates of psychological distress and suicidality than other professionals, or the general public.

The recent national survey of doctors’ and medical students’ mental health by beyondblue presents some sobering statistics; but first, some crucial demographic data. [1] The majority (80%) of the 6,658 medical students who took part in the survey were under 25 years of age, with 32.5 % in the preclinical and 67.5% in the clinical stages of their training. Strong epidemiological data tells us that 75% of those who suffer from a mental illness experience their first episode by the age of 25 years, with a peak in new onsets in the late teens and early twenties. [2, 3] Thus, most medical students, along with other tertiary students, are in the peak age group in terms of risk for developing mental ill-health.

Clearly, medical students are not immune from mental ill-health: this should come as no surprise, given our developing understanding of the chronology and epidemiology of the mental illnesses. Adolescence and early adulthood—better described as emerging adulthood—is a time of great developmental significance, when young people are establishing their psychological, social, and vocational identities and pathways as part of the transition to independent adulthood. [4] This transition occurs against the background of the highly dynamic changes in brain architecture that occur at this time of life, driven by a series of maturational processes that result in the refinement of the neuronal circuitry and a recalibration of the inhibitory/excitatory balance, particularly in the frontal cortex. [5] Because these biological and social changes coincide, they combine to create a unique ‘window of vulnerability’ to the onset of mental illness.

Without doubt, undertaking the extremely demanding training that medical school requires contributes to the developmental and social stresses that impact all young people, and more so for those who are already vulnerable to mental ill-health. In this regard, the most commonly reported sources of stress for medical students were largely related to the demands of study, the university-related workload, conflict between study/career and family/personal relationships, keeping up to date with knowledge and fear of making mistakes. Along with their psychological symptoms, students also reported extremely high rates of burnout and exhaustion, with over half reporting emotional exhaustion, and around a quarter reporting high cynicism and low professional efficacy. [1]

Encouragingly, the majority of medical students (56%) who felt seriously depressed or who had received a diagnosis of depression sought treatment, while 40% of those who felt seriously anxious or had been diagnosed with an anxiety disorder sought treatment. [1] These figures are almost double the national average for young people, [6] although they are in keeping with medical students’ status as a group that is aware of mental health issues. However, the fact that around half of those at least with a need for care are not seeking or accessing it. The nature and quality of such care is another issue altogether. The most common sources of professional help were GPs, followed by psychologists or counsellors, and then university counselling services, while family and friends were the most common personal sources of support. Significantly, the most common coping strategies used by students who felt anxious or depressed were positive, and the rates of harmful drinking were half that of their student peers, while other substance use rates were low. While many medical students do seek help for mental health concerns, and at higher rates than their peers, only 20% of students reported feeling comfortable this, with almost half the cohort citing embarrassment, fears regarding confidentiality/privacy or not wanting help from others as the main barriers to seeking help. [1] The level of engagement seems poor and the skill levels of the professionals remains unclear.

This brings me to the crux of this article: stigma and the lack of parity between physical and mental health care. Would 80% of young people—medical students or not—feel uncomfortable about seeking care for a physical ailment, say a broken bone, or diabetes, or flu? I strongly suspect not. Stigma is institutionalised in our health care system from the level of funding—although mental illness accounts for 13% of the burden of disease in Australia, mental health care receives about 7.7% of the total health budget [7]—to the quality of physical and mental health care that those with serious mental illness receive. [8] The ‘lethal discrimination’ that results in those with serious mental illness dying on average 20 years earlier than their peers, largely as a result of cardiovascular disease or suicide, is an ongoing disgrace that we are yet to address. [9]

The beyondblue report presents some very disturbing statistics on medical students’ attitudes to doctors with mental health issues that are particularly salient here. Medical students believed that the medical community holds stigmatising attitudes towards doctors with a mental illness, with approximately 50% of students reporting the belief that doctors considered that experiencing depression or anxiety was a sign of personal weakness, while 41.5% believed that doctors with a history of depression or anxiety were less likely to be appointed. Even more disturbing was the fact that 60% of medical students with a current diagnosis felt that other doctors thought less of doctors who have experienced depression or anxiety, and over half thought that doctors with a mental health history were less competent than doctors with no history of mental illness. [1] This endemic stigma within the medical profession affects not only the way we interact with colleagues who are experiencing mental health issues, but also our patients. It also acts a major barrier to help-seeking among students who worry not only about their self-image but also their future prospects and reputation.

What are the lessons to learn here? Firstly, and as the report recommends, a wider discussion needs to be held about doctors’ mental health and wellbeing within the medical community. Education is the key to reducing stigma, and better education regarding the prevalence of mental health issues within the medical community and the importance of seeking help early is an excellent first step here. Why should seeking help for a mental health complaint be any different to seeking help for a physical illness, even for doctors? Vulnerability is after all part of what makes us human, and often makes us better doctors. Recognising our own vulnerability to mental health issues will enable us to better recognise our patients’ difficulties and deal with them constructively. Normalising, rather than stigmatising, mental illness is the first step towards parity in health care. With the lifetime prevalence of mental ill-health approaching 50%, [2] mental health issues, just like physical health problems are hard to avoid, are after all very ‘normal’ as a challenge to be faced, and will touch almost all of us at some point.

In concrete terms, what can we do to address the immediate issues? Firstly, training could also be provided regarding stress minimisation and positive coping strategies, from medical school on, and all doctors and medical students should be encouraged to have their own youth-friendly GP outside their workplace setting to minimise concerns over privacy and confidentiality, as well as self-prescribing. Secondly, issues related to workplace stress need to be addressed. This will involve reducing the workload expected of doctors, particularly junior staff who are still in training, and promoting a better work-life balance. Extra support and expert clinical care for those who are struggling, either through specific mental health services, supportive mentoring, and training in stress management, could also be provided. Thirdly, medical students themselves have shown great leadership in getting this issue on the agenda and should be heavily involved in a redesign of student health and mental health care on campuses around Australia. Tertiary students in general report significantly higher rates of mental ill-health than their age matched peers, [10] and hence the tertiary sector and government has a serious responsibility to provide health services that appeal to students and that recognise their needs, including their mental health care needs.
As Australia’s doctors of the future, you have the opportunity to help move our health care system out of the past and into the present; firstly, by valuing your own mental wellbeing, and that of your colleagues. Recognising the importance of mental health to overall wellbeing is central to providing quality health care, and is a long overdue step that we need to take on the road to system reform.

[7] Hughes M. Equity and parity of service provision is essential to transforming the lives of those with mental ill health. Crikey. 2014 Apr 29; Available from: http://blogs.crikey.com.au/croakey/2014/04/09/equity-and-parity-of-service-provision-is-essential-to-transforming-the-lives-of-those-with-mental-ill-health/.