Structured physical activity has a wide range of benefits that include improving mood and preventing chronic disease. Recently, there has been an explosion of research aimed at treating diseases such as depression using nothing more than exercise. This article presents an overview of research conducted into the use of exercise to treat depression. As a body of work, the literature finds it to be a practice that has significant clinical benefits; however, its implementation is not straightforward. Issues concerning exercise adherence have hampered studies and force us to ask whether prescribing exercise for sufferers of depression is indeed appropriate. Nonetheless, is there a role for medical students in encouraging physical activity as treatment? If we re-examine the use of exercise from a patient-centred perspective, medical students have an opportunity to engage with patients, promote exercise and possibly prevent depression. 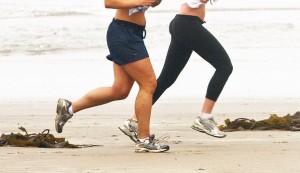 Structured physical activity has a wide range of health benefits that include the prevention of chronic diseases such as cancer, cardiovascular disease, diabetes and obesity. [1] There is also consensus that exercise has a short-term ‘feel good’ effect that improves mood and wellbeing. [2-4] Recently, converging interest in these two areas has spawned an explosion of research aimed at treating diseases such as depression using nothing more than exercise. [5-7] A 2012 meta-analysis of over 25 trials found that prescribing exercise to treat depression is on par with pharmacological and physiological interventions, and that exercise alone is moderately more effective than no therapy. [8] The study also highlights that prescribing exercise for depression is not straightforward. Poor patient attendance rates, along with issues including exercise adherence and the type, duration and intensity of exercise, all question whether prescribing exercise for sufferers of depression is indeed appropriate. The authors of the study admit the implementation is complex and that further study is required. Nonetheless, is there a role for medical students in encouraging physical activity as treatment? Can our skills in motivational interviewing and goal setting play a role? If we re-examine the use of exercise from a patient-centred perspective, medical students can promote exercise adherence and support those who are already exercising to stay exercising. In doing so, we can facilitate the prescription of exercise and possibly prevent depression. [5,7,9]

A background to depression

Depression affects a staggering 350 million people globally, with sufferers commonly reporting changes in emotional, cognitive and physical behaviour. [10] Depression also presents with high rates of comorbidity (the occurrence of more than one condition or disease). [11] More locally, a 2007 National Survey of Mental Health and Wellbeing found that almost half of the Australian population aged 18-85 (7.3 million people) had experienced a mental illness at some point in their lifetime. [3] A study by the Australian Bureau of Statistics (ABS) in the same year revealed that of those people suffering from mental illness, only 35% actually sought treatment, suggesting that within Australia there are 2.1 million potential patients going without much-needed assistance. [12]

Mental illness, while indiscriminate, has a higher incidence within certain sub-populations. Perhaps surprisingly, doctors and medical students experience higher rates of depression and stress than the general population. Medical students report increased depressive symptoms as a result of medical school while a significant number of doctors report that they are less likely to seek treatment for depression despite their awareness of the condition. [13,14] With a reported 3668 students admitted to medical schools in Australia during 2013, these statistics highlight the importance for medical students to identify and understand depression. [15]

Therapeutic treatment options for patients who are depressed fall into two broad categories: psychological and pharmacological. Typically, people are treated using cognitive behavioural therapy (CBT), anti-depressant medication, or a combination of both. [4,16,17] Despite being able to treat depression, a simple pathogenesis is yet to be found. Current opinion centres on depression being a result of chemical imbalances within the brain, specifically the action of monoamine neurotransmitters, including dopamine, serotonin, and norepinephrine. [17] This approach has allowed the pharmaceutical industry to develop medications including selective serotonin reuptake inhibitors (SSRIs), which target neurotransmitter reuptake to help restore their usual balance and so reduce symptoms. [18]

One promising new development in the quest to understand the pathophysiology of depression concerns the emergence of inflammation as a mediator of depression. A recent meta-analysis of 24 separate studies found that depression is accompanied by immune dysregulation and activation of the inﬂammatory response system (IRS). [19] Specifically, when compared to non-depressed patients, sufferers of major depression were found to have significantly higher (p < 0.001) concentrations of the pro-inflammatory cytokines tumour necrosis factor-α and interleukin-6 in their blood. Once the increased cytokine signal reaches the brain, it is able to down-regulate the synthesis, release and reuptake of the very same monoamines targeted by antidepressant medications. [20] Understanding and preventing this interaction from occurring could lead to promising new treatments for depression. Despite widespread prescription, the use of antidepressant medication is not without its drawbacks. Many patients experience unwanted side effects and stop taking their medication, while others simply do not want to take medicine that will make them feel worse. [21] Additionally, a 2012 report on Australia’s overall health revealed that some patients who experience depression suffer worse health outcomes due to the social stigma associated with taking antidepressants. [22] As a result, many patients choose to shun medication altogether, opting for alternative therapies such as acupuncture and yoga to help manage depression. [21] Viewed from the patient’s perspective, the use of antidepressants can be seen as a choice between the lesser of two evils: treatment or depression. Exercise and depression

The link between exercise and relieving depression has been a difficult one to make. A 2009 meta-analysis published by The Cochrane Collaboration evaluated the use of exercise, defined as “repetitive bodily movement done to improve or maintain … physical fitness”, in treating depression. [23] Initially, the Cochrane review pooled data from 25 trials and found a large clinical effect in the reduction of depressive symptoms when compared to a placebo or no treatment at all. However, in 2012, when the authors repeated the study, correcting for what they saw as errors and bias in the previous analysis, the data found only a moderate effect in relieving depressive symptoms. [8] Interestingly, in both studies, the data concerned with treating depression with exercise was found to be on par with the use of antidepressant medication. Nonetheless, despite the downgraded clinical effect, the authors of the study continue to find it reasonable to prescribe exercise to people with depressive symptoms; however, they caution to expect only a moderate effect at best.

Research into a preventative, rather than curative approach to depression is also being conducted. In a large-scale longitudinal study of depression, researchers hypothesised that an inverse relationship existed between the level of physical activity and depressive symptoms: those who were more active should not become depressed. [9] Researchers grouped exercise into three categories: light activity such as ‘necessary household chores’, moderate activity which included regular walks, and strenuous activity such as ‘participation in competitive sports’. The study revealed that participants in the ‘competitive sports’ category reported less depressive symptoms than those in the ‘necessary household chores’ category – an unsurprising finding given the ability of exercise to lift mood. But perhaps more revealing is the finding that participants who decreased their activity from moderate to light, and from strenuous to light, reported the greatest increase in depressive symptoms, implying that exercise may act as a buffer against depression.

While scientific analysis and treatment forms the foundation of modern health care, a focus on the patient as a person should be paramount. In 2010, the Australian government endorsed patient-centred care, a framework that enshrines the values and individual needs of the patient. Since then, patient-centred care has broadened to encompass ‘an approach to the planning, delivery, and evaluation of health care that is grounded in mutually beneficial partnerships among healthcare providers, patients, and families’. [24] While relatively new, patient-centred care now shapes the delivery of health care in Australia. It has also reaffirmed the rights of the individual in developing and delivering health care.

Patient-centred care forces us to examine whether exercise as an intervention is at all appropriate for the depressed. While there may be some clinical benefit, is it really patient-centred? The Cochrane Collaboration study of exercise as a treatment for depression highlights low exercise adherence and high dropout rates amongst participants. [8] While the reasoning behind the dropouts was absent from the report, one could easily imagine the potential challenges in asking a person who is already lacking in drive and motivation to participate in an exercise program. Is it possible that in considering the prescription of exercise to the depressed we are violating key Hippocratic notions including that of non-maleficence? Are we exposing an already vulnerable individual to a situation where they are likely to fail and experience a decline in their mental health as a result? [1] It would seem that when it comes to exercise and depression, the patient-centred perspective would advise against such risks. [24]

While it is clear that exercise is good for us, it is also clear that its prescription for depression is fraught with ethical issues. As medical students, how then can we engage in such an uncertain and potentially lethal landscape when we do not possess the skills to interact with depression in any therapeutic manner? If we re-examine the issue from a patient-centred perspective, we are able to view exercise as a preventative, rather than curative, approach to depression. This opens the door to medical student engagement. For example, we can use the motivational and goal-setting skills taught as part of the preclinical curriculum to help patients achieve and maintain their exercise goals. This could involve scheduling a progress telephone call to maintain the patient’s motivation, a periodic home visit in an effort to reduce recidivism, or the discussion and identification of barriers that may prevent them from achieving their goals. Placements are the ideal environment for us to develop these mutually beneficial partnerships. Whatever the effort, promoting a healthier and more active lifestyle is a patient-centred perspective that all medical students should feel comfortable in advocating.

Conclusion
Re-examining the issue from a patient-centred perspective sees exercise as a multi-benefit, primary prevention tool that may also safeguard against developing depression. Moreover, this is wholly within our advocacy as medical students. Not only does this approach echo recommendations supported by the Australian Government to include collaborative, patient-centred care programs in undergraduate health programs, it also provides many practical opportunities for medical student engagement. For example, during placements in rural and remote areas, students often participate in community-based activities where we leverage the associative influence of our medical profession to promote the benefits of a healthier and more active lifestyle.

Despite reviews of studies inferring the protective effect of exercise against developing depressive symptoms, prescribing exercise as a treatment option requires skill and experiences beyond the scope of medical students. However, medical students do have skills in motivational interviewing and goal-setting strategies that enable us to promote exercise adherence. Therefore, if we consider exercise as a tool for disease prevention that may also safeguard against depression, patients will experience greater health outcomes and medical students can be active in its prescription.

If you or someone you care about is in crisis and you think immediate action is needed, call emergency services (triple zero – 000) or contact your doctor or local mental health crisis service, such as Lifeline (13 11 14).

I’d like to thank the James Cook University Ecology of Health subject coordinators and Dominic Lopez for the valuable feedback provided in preparing this article.

[6] Carlson DL. The effects of exercise on depression: a review and meta-regression analysis [dissertation]. Milwaukee: University of Wisonin; 1991.

[9] Graddy JT, Neimeyer GJ. Effects of exercise on the prevention and treatment of depression. Journal of Clinical Activities, Assignments & Handouts in Psychotherapy Practice. 2002;2(3):63-76.

[20] Miller AH, Maletic V, Raison CL. Inflammation and its discontents: the role of cytokines in the pathophysiology of major depression. Biol Psychiatry. 2009;65(9):732-41.