Dr. Karen A. Mathew MBBS Intern, Blacktown Hospital
Karen completed her undergraduate training last year at James Cook University and has recently commenced internship in NSW. She has thoroughly enjoyed studying in Far North Queensland and learning about the various tropical disease presentations in this region.

Aim: The aim of this article was to review the literature and evaluate the evidence that is available on the effectiveness of mirtazapine as adjunct therapy to antipsychotics for chronic schizophrenia. Case Study: SC, a 44 year old male with a previous psychiatric history of chronic paranoid schizophrenia, voluntarily presented to an acute mental health service with insomnia, delusional ideations, and negative symptoms. He was subsequently diagnosed with relapse of his schizophrenia and prescribed olanzapine. He responded poorly and slowly, which then prompted the addition of mirtazapine as an augmenting agent to the regimen. His insomnia resolved shortly after and significant improvement of his negative symptoms was observed. Methods: A literature search was conducted using the ScienceDirect and Pubmed databases. The search terms mirtazapine AND chronic schizophrenia; mirtazapine AND antipsychotics AND chronic schizophrenia AND efficacy  were  used.  Results:  Four  randomised  controlled  trials and one open-label trial were identified. Two of the randomised trials demonstrated substantial reduction in the total scores of the Positive and Negative Syndrome Scale (PANSS) and the Scale for the Assessment of Negative Symptoms (SANS) when mirtazapine was combined with the antipsychotics, risperidone and clozapine, respectively.  The  remaining  studies  showed  that  mirtazapine in combination with risperidone yields greater improvement in neurocognition. There were no studies identified that directly investigated the efficacy of a combined olanzapine and mirtazapine treatment strategy. Conclusion: Current level II evidence suggests that mirtazapine may be beneficial as an adjunct agent in patients with chronic schizophrenia. However, this evidence is limited to a select number of primary therapies and the mechanism and long term effects are currently unclear. 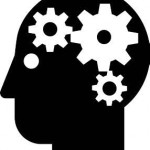 SC, a 44 year old Caucasian male with a background of chronic paranoid schizophrenia, was brought in by his sister to an Acute Mental Health Service with a 12 month history of insomnia which he believed was a consequence of the depot (Risperidone Consta) he was given a year ago. He averaged 2-3 hours of sleep most nights and had delusional ideations about needing 2-3 blood transfusions to remove the “chemicals from the depot” from his blood stream. He also appeared to have somatic delusions as he believed that the contents of the depot were slowly being leached out through his sweat and feet as “aqua ammonia”.

SC was previously working as a banana farmer, but is currently unemployed and lives alone. Collateral from the sister further revealed that SC was socially withdrawn from his family and friends, lacked motivation to resume his job as a banana farmer or any job for that matter and failed to look after his personal hygiene. He had no other past medical history and his only medication prior to admission was Olanzapine, of which he had poor compliance with, as reported by his sister.

On assessment, SC looked unkempt with long dry, frizzy hair and a long, scraggly beard. He had a lean build and was dressed in worn-out jeans and a faded, dirty t-shirt. He had downcast eyes but was passively cooperative. His speech was slow with low volume and he needed to be prompted repeatedly.  He said he always had a frustrated mood due to his lack of sleep and rated it “0/10”. His affect was stable and blunted. He had delusional thought processes and showed aspects of paranoia. Both his insight and judgment were poor and he was assessed to have a moderate risk for suicide/self harm.

SC was diagnosed with relapse of his chronic paranoid schizophrenia. He was continued on Olanzapine, with an increased dose, which saw a reduction in his delusional thought processes and an improvement in his insight and judgment. However he continued to suffer from insomnia and his avolition, reduced socialization and diminished emotional responsiveness remained unchanged. Mirtazapine was added to the regimen and improvement in all these domains was seen within 1-2 weeks.

Schizophrenia, as defined by the Diagnostic and Statistical Manual of Mental Disorders, 5th Edition, is characterized by a mixture of both positive and negative symptoms that have been present for a substantial amount of time during a 1-month period, with some symptoms persisting for at least 6 months.[1] Positive symptoms include delusions, hallucinations, disorganized speech or grossly disorganized or catatonic behavior, whilst negative symptoms include affective flattening, alogia or avolition. These symptoms are further associated with social/occupational dysfunction and are not accounted for by another disorder.[1] Whilst DSM-V does not specifically classify schizophrenia into acute or chronic forms, it indicates that the course of schizophrenia varies, with some patients showing exacerbations and remissions, whilst others remain chronically ill with symptoms lasting greater than 1 year.[1] The pharmacological management of schizophrenia primarily addresses the positive symptoms of the disorder as they are particularly responsive to the current recommended second generation antipsychotics such as risperidone, olanzapine, aripiprazole, quetiapine and clozapine. Negative symptoms only respond modestly at best to these antipsychotics.[2] This is of particular concern in patients with chronic schizophrenia as this form of the illness is usually characterized by an increasing prominence of negative symptoms throughout its course, leading to poor functional outcomes and quality of life for these patients.[2] Literature suggests that certain antidepressants may have a positive impact on negative symptoms.[2] In the above case, SC was first given olanzapine but responded only partially which in turn prompted the addition of mirtazapine. This makes us question whether the use of mirtazapine as add-on therapy to antipsychotics is efficacious in the treatment of chronic schizophrenia.

The objective of this article was to evaluate the evidence that is available on the effectiveness of mirtazapine as adjunct therapy to antipsychotics for chronic schizophrenia.

To address the objective identified above, a literature search of the ScienceDirect and NCBI Pubmed databases was done with limits set to include articles that were written between the year 2000 and the present time. References from retrieved articles were also reviewed for relevance and inclusion in the review. The search terms were mirtazapine AND chronic schizophrenia; mirtazapine AND antipsychotics AND chronic schizophrenia AND efficacy. The search identified five studies: four randomized, double-blind, placebo-controlled trials (Level II Evidence) and one open-label trial (Level III-3 Evidence). Of these studies, none specifically investigated the combination therapy of olanzapine and mirtazapine (that which is relevant to the patient described in the case report). They did however investigate the efficacy of mirtazapine with other related second-generation antipsychotics.

Effects of mirtazapine on the negative symptoms of chronic schizophrenia

One study was identified that evaluated the efficacy of mirtazapine as add-on therapy to risperidone in patients with chronic schizophrenia and prominent negative symptoms. It was an 8 week, randomized, double-blind, placebo-controlled trial involving a sample of 40 in-patients who met the DSM-V criteria for schizophrenia with 20 assigned to risperidone 6mg/day + mirtazapine 30mg/day and 20 to risperidone 6mg/day + placebo.[3] Both treatment groups had a chronic background of schizophrenia but were in the active phase of their illness with similar baseline characteristics. Patients were assessed at baseline and at the end of the study and the Positive and Negative Syndrome Scale (PANSS) was used as the primary outcome measure.[3]

The study found that the mirtazapine group had a greater mean improvement in the negative symptoms and PANSS total scores over the eight-week period.[3] Furthermore, clinical response (characterized by a 50% or more reduction in the PANSS total score) was seen in 68.18% of patients receiving mirtazapine compared to 31.81% of those assigned to placebo. Other measures such as the negative subscale score (p<0.001) also saw larger score reductions in the mirtazapine group.[3]

This study showed the superior efficacy of mirtazapine in the treatment of chronic schizophrenia in comparison to placebo. Given that no significant adverse effects were observed with the administered dose of mirtazapine[3], the study further suggests its use as a potential combination treatment strategy particularly when negative symptoms prevail.

A similar 8 week, randomized, double-blind, placebo-controlled trial was identified that tested the role of mirtazapine in augmenting clozapine therapy for chronic schizophrenic patients.[4] Its methodology and criteria for inclusion were similar to that of the aforementioned study. The study involved 48 in-patients, half of whom were assigned to mirtazapine 30mg/day and the other half administered placebo.[4] Each patient was on a stable dose of clozapine monotherapy for at least 1 month prior to the study. Their doses ranged from 150-650mg daily and did not change throughout the study.[4] Its primary efficacy measure was the Scale for the Assessment of Negative Symptoms (SANS) total scores which saw a substantial reduction in the mirtazapine group compared to the placebo group with particular improvements on the SANS subscales avolition/apathy and anhedonia/asociality.[4] Mirtazapine also showed greater superiority over placebo in the Brief Psychiatric Rate Scale (BPRS) total score at the end of the trial.[4]

The evidence from both studies indicates that the combination of antipsychotics and mirtazapine may be more effective for the treatment of negative symptoms in chronic schizophrenia than antipsychotics alone. However, both studies had limitations, namely the small sample sizes and the short treatment period, given the long-term nature of the illness. Furthermore, whether these findings can be generalized to all common second-generation antipsychotics such as olanzapine is also worthwhile questioning.

Effects of mirtazapine on neurocognition

The efficacy of adjunctive mirtazapine in chronic schizophrenia does not appear to be limited to improving the negative symptoms of the illness. The literature suggests that add-on mirtazapine may also have desirable effects on neurocognition.[5], [6] An 8 week, double-blind clinical trial was conducted whereby 21 patients with chronic schizophrenia and stabilized on risperidone were randomly assigned to adjunctive treatment with either mirtazapine or a placebo. Cognitive performance was measured by the Repeatable Battery for the Assessment of Neuropsychological Status (RBANS).[5] Unlike the placebo group, the mirtazapine group saw statistically significant improvements in the RBANS total scores, and also in the subscales for immediate and delayed memory.[5] Like all other studies discussed so far, the short treatment period was a major limitation.

Chronic schizophrenia is a complex illness that is characterized by a combination of positive and negative symptoms.[1] Whilst antipsychotics are the recommended first-line treatment, the prolonged nature of the illness often results in residual negative symptoms and sustained neurocognitive deficits that tend to have a poor response to antipsychotics.[2] The literature suggests that the use of adjunct mirtazapine to antipsychotics may augment the treatment of chronic schizophrenia. However, the evidence base for this is quite limited and the current findings need to be corroborated by further large trials. Given that no studies were identified that specifically addressed the efficacy of a combined treatment strategy of olanzapine and mirtazapine, it is difficult to determine the appropriateness of the management approach taken for SC’s illness.

Before the use of mirtazapine as an adjuvant to antipsychotics in chronic schizophrenia can be recommended for clinical practice, it is important to conduct large-scale, placebo-controlled studies that are lengthy in duration, so that the full efficacy and potential side effects of mirtazapine can be properly explored. It may also be worthwhile to determine whether mirtazapine is synergistic with most or only selective antipsychotics.

Nonetheless, SC’s considerable improvement upon administration of mirtazapine provides the grounds for questioning what treatment approach is best for a patient with chronic schizophrenia.