Personal reflection: how much do we really know? 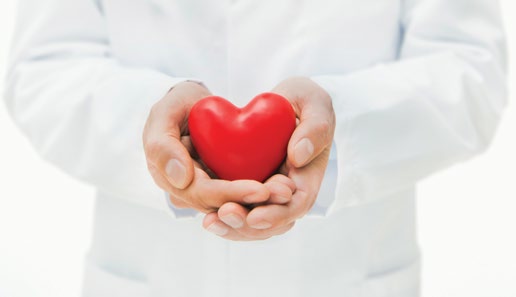 “Hurry up with that blood pressure and pulse,” blurts the ED registrar. “And make sure to do it on both arms this time.” Before I can ask him what’s going on, he’s teleported to the next bed. Great. I’m alone again. But I don’t blame him; it’s a Saturday night, and a volunteer medical student is the least of his worries.

I fumble for what seems like an eternity with the blood pressure cuff, but eventually get it on, much to the amusement of a charge nurse eyeballing me from the nurses’ station. Recording the right arm was textbook, so now it was just the left arm to do. I listen hard for the Korotkoff sounds, but there was nothing. I shut my eyes in a squeamish hope that it might heighten my hearing, but nothing again. I can feel the charge nurse staring again; I fluster and break a cold sweat. I feel for the left radial pulse, but it repeatedly flutters away the moment I find it. I remember thinking: Gosh. Am I really that incompetent? Embarrassed, I eventually concede defeat and ask for a nurse who tells me she’ll be there “in a minute.”

Amidst all this confusion, was John—my patient. I’d gotten so caught up with ‘Operation Blood Pressure’ that I completely forgot that he was lying there with a kind of graceful patience. I quickly apologised and introduced myself as one of the students on the team.

“It’s all right. You’re young; you’ll eventually get the hang of it… Have to start somewhere, right?” His voice had a raspy crispness to it, which was quite calming to actually hear against the dull rapture of a chaotic emergency room.

John was one of those lovely elderly persons who you immediately came to admire and respect for their warm resilience; you don’t meet too many gentlemen like John anymore. Despite his discomfort, he gave me a kind smile and reached out with his right hand to reassuringly touch my hand. It was a beautifully ironic moment: There he lay in bed, and there I stood by his bedside. And for a moment, there I was the patient in distress, and there he was the physician offering me the reassurance I so desperately needed.

Patients teach us to be doctors. Whether it is a lesson in humility or a rare diagnostic finding, patients are the cornerstone of our ongoing clinical expertise and development; they are why we exist. The more we see, the more we learn. The more we learn, the better doctors we become. Sir William Osler was perhaps the first one to formally adopt this into modern medical education. After all, the three-year hospital residency program for training junior medicos was his idea, and is now a curriculum so widely adopted that it’s almost a rite of passage all doctors make.

But how much clinical exposure are we really getting nowadays? With the betterment of societal health, there is a reduced prevalence and incidence  for  rarer  diseases.  Epidemiologically  this  is  undoubtedly a good thing, but it does sadly reduce learning opportunities for upcoming generations of doctors. Our clinical accruement is premised on seeing and doing; through experiences that shape our clinical approach. Earlier this year, an African child presented with mild gut disturbances and some paralysis of his lower limbs. The case baffled three residents and a registrar, but after a quick glance from a consultant, the child was immediately diagnosed with polio (which was confirmed later by one of the myriad of tests the panicking residents had ordered earlier). We’d all read about polio, but either through the lack of clinical exposure or careless assumptions that polio was all cured; we were quick to overlook it. We can only diagnose if we know what we are looking for.

It’s not surprising that preceding generations of senior doctors (and those before them) have such perceived superior clinical intellect, not just with the breadth of their clinical knowledge but with their almost Sherlock Holmes senses of acuity to formulate diagnosis based primarily off history taking and physical examination. Traditionally it is advertised in textbooks that 90% of diagnoses should be made from the history and examination alone. Nowadays, with the advent of improving diagnostic technologies in radiology and pathology, it isn’t surprising that a number of us have replaced this fundamental skill with an apparent dependence on expensive invasive tests. In a recent study physicians at their respective levels were assessed on their ability to identify heart murmurs and associate it with the correct cardiac problem. Out of the 12 murmurs: interns correctly identified 5, senior residents 6, registrars 8 and consultants 9. Makes you wonder how long ago it was when physicians could identify all twelve. I remember an ambitious surgical resident saying – Why bother diagnosing murmurs when you can just order an echocardiogram? And I remembered the humbling answer a grandfather consultant had for him – Because I’m a real doctor and I can.

As for poor John, I was still stuck with getting a blood pressure for his left arm. Two hours earlier, I responded with the ambulance to John at his home, a conscious and breathing 68 year old complaining of severe headaches and back pain. John was a war veteran who lived independently and sadly had no remaining family to care for him. He has had a month’s history of worsening headaches and lumbar back pain with associated sensory loss particularly in his lower limbs that has been affecting his walking recently. Physical exam confirmed his story and he was slightly hypotensive at 100/65 mmHg, but otherwise his ECG and vitals were generally unremarkable. He otherwise looked to be a healthy 68 year old with no significant past medical history. Funnily enough, he’d just been sent home from ED earlier in the day for the same complaint.  As far as we could tell, he was just another old guy with a bad headache, back pain, and possibly sciatica. It wasn’t surprising that he was sent home from ED this morning with a script for Celecoxib, Nurofen, and instructions to follow-up with his GP.

I’ll remember from this moment onwards that when a nurse says that they’ll be a minute, it’s actually a metaphor of an ice age. I eventually decide to fess up to the registrar that I couldn’t do the blood pressure properly. He gives me a disappointing look but I concluded that honesty is usually the best option in healthcare — well, at least, over pride. I remembered reading a case earlier that week about a medical student who failed to admit that he was unable to palpate the femoral and left radial pulses in a neonate, and subsequently missed an early diagnosis of a serious aortic coarctation, which in the end was discovered the following morning after the baby had already become significantly blue and cyanosed overnight.

Much to my relief, the registrar couldn’t find the blood pressure either and ruled it as pathologic. He disappeared to have a word with his consultant, with both of them quickly returning to the bedside to take a brief history from the patient. By that point, the nurse had finally arrived along with a couple more students and an intern. John had an audience. It was bedside teaching time.

“So apparently you’re God?” John asked the consultant, breaking the seriousness of the moment. We all simultaneously swivel our heads to face the consultant liked starved seagulls, only we weren’t looking for a fried chip but craving for a smart response to scribble in our notebooks.

“To them,” the consultant looks at us, “I am. As for you, I’m not sure.” “I survived getting shot you know, during the war…it just nicked some major artery in my chest…clean shot, in the front and out the back… army docs made some stitches, and I healed up just fine by the end of the month. I’ve been fit as a fiddle since—well, at least, up until these last few months.”

The rest of the history was similar to what I’d found out earlier, but I was slightly annoyed and almost felt betrayed that he’d failed to mention this to me earlier.

The fictional TV Dr Gregory House has a saying that “everybody lies.” It’s true to an extent, but I don’t think patients do it deliberately. They generally might discount or overlook facts that are actually an essential part of the diagnostic process; they are human after all (and so are we). There are the psychiatric exceptions, but for the most part, patients do have the good faith of wanting to help us to help them get better. While sending a team of residents to break into a patient’s house is not usually the preferable choice (unless you’re Dr House), we usually try and pick up these extra clues by knowing what questions to ask and through the comfortable rapport we build with our patients as we come to understand them as a person. The trick is to do all of this in a 10 to 15 minute consult.

The consultant quickly did a physical exam on John. He closed his eyes as he listened to his chest. And then, a very faint smile briefly came across his face — the epiphany of a pitifully murmuring heart.

“We’re probably going to run some tests to confirm this,” he informs John before turning to us, “but I suspect we might have a case of a dissecting aorta.” Of course; why didn’t I think of that? Hindsight’s always 20-20, but I continue to kick myself for missing that murmur, and not making the (now obvious) connection.

The consultant continues to command his lackeys to request an alphabet of tests. Soon enough the CT images return and it’s evident that there was blood dividing into a false lumen of the descending aorta (likely to have torn at the site where his gunshot injury had traumatised the vascular tissues from decades ago). Urgent surgery was booked, a range of cardiac medications commenced, and by the time I returned from documenting the notes, there was now a bunch of tubes sticking out of him.

The next time I see John is after his surgery and before he was transferred to the rehabilitation unit. I treasure our final meeting.

“So I beat the odds,” John threw a beaming smile towards me. He’s a trooper — I’ll definitely give him that. Assuming his initial dissectional tear occurred when he reported the onset of his headaches and lower back pain, he’d survived a dissecting aortic aneurysm for at least one whole month, not to mention a war before that. (The odds of dropping dead from an aortic dissection in the first 24 hours alone it’s 25%, in 48 hours it’s 50%, in the first week it’s 75% and in the first month it’s 90%.)

“Yes, you definitely beat the odds.” I smile back at him with a certain amount of gained confidence. Our eyes meet briefly, and beneath the toughened exterior of this brave man is the all-too-familiar softened reservoir of unannounced fear. Finally, I extend my hand to shake his and gently squeeze it; it is the blessing of trust and reassurance he first showed me as a patient that I am now returning to him as a physician.