Exploring barriers to the provision of palliative care in Australia


Sadid F Khan
Fourth Year Medicine (Undergraduate)
Monash University
Kieran is a joint recipient of the 2009 Monash University Chris Silagy Award for his exceptional project in the Community Based Placement Program. Kieran is currently placed at Eastern Health. He hopes to further his interests in palliative care and its implementation into the health profession training programs.

Sadid also received the 2009 Chris Silagy Award with partner Kieran Allen for their project into palliative care as part of their Monash University Community Based Placement Program. He has numerous interests in medicine and surgery, as well as in medical education. 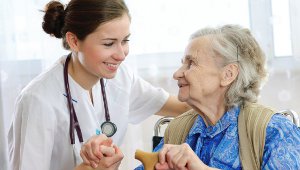 Palliative care provides assistance for people living with a terminal medical condition, for which the primary goal of treatment is improving quality of life. There are numerous barriers to the provision of palliative care. There is little research into barriers to the provision of palliative care and little with an Australian context. This research explores barriers to palliative care in Australia through questionnaires and interviews with stakeholders. One hundred and one questionnaires were given to South East Palliative Care (SEPC) community nursing and allied health staff, general practitioners and aged care facility staff. Five interviews were conducted with representatives from SEPC, Palliative Care Australia and two aged care facilities. Most agreed that palliative care was essential in the community, hospital and aged care setting. Four major themes were identified from interviews: 1.) Education & stigma barriers; 2.) Communication barriers; 3.) Aged care barriers; and 4.) General practice barriers. Inadequate prescriptions of pain medication were a significant issue. These themes were supported by questionnaire data, with 25.6% identifying education and 28.2% identifying resources as major barriers. Knowledge of palliative care was poor in both aged care staff and GPs, only 8.3% and 38.5% respectively answering all palliative care questions correctly, compared to 64.2% amongst SEPC staff. The study addresses a deficit in previous research, identifying barriers to palliation in aged care. The data collected has potential for further research or interventional approaches to improve the provision of palliative care for Australians.