Joseph DW Choi
BSc (Adv)
Third Year Medicine (Postgraduate)
Australian National University
Joseph, a John Flynn Scholar, is the recipient of the 2011 ANU Medical School Population Health Prize for his study on Bordetella pertussis. He is also the recipient of the 2011 ANU Medical School Dissection Prize for head and neck dissection. He has a strong interest in medical education, demonstrating anatomy to year one medical students as well as year two science students. 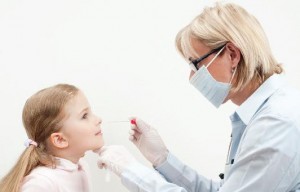 Elimination of Bordetella pertussis, an exclusively human pathogen, has proven to be elusive in Australia despite universal vaccination. Australia has witnessed a resurgence of pertussus particularly in infants less than 6 months old, and adults over 20 years old. This resurgence has resulted in high notification rates, morbidity and mortality in the two age groups. This may be due to the largely asymptomatic presentation in young infants and adults, as well as sub-optimal immunity due to lack of development, or waning immunity in adults. Various levels of prevention need to be identified so that a national preventative strategy may be sought to reduce the impact of pertussis infection amongst Australians in the future.

Introduction
Pertussis is an acute illness caused by Bordetella pertussis, a Gram-negative coccobacillus with exclusive affinity for the mucosal layers of the human respiratory tract. Pertussis is highly contagious and spread by air borne respiratory droplets when an infected person coughs or sneezes, or via direct contact with secretions from the nose or throat. [1] Following an incubation period of 9-10 days, patients usually present with an irritating cough that gradually becomes paroxysmal and lasts for 1-2 months. [2] However, in adults and older children, the diagnosis of pertussis is often subclinical and delayed due to an absence of classical symptoms, resulting in potential transmission of infection for several weeks. [3] In Australia, the preferred methods for laboratory diagnosis of pertussis are culture and polymerase chain reaction (PCR), and it is recommended in most cases that both tests be performed. However, there is a trend to move towards PCR, which provides rapid results, and is more sensitive in previously immunised individuals, and more likely to be positive in patients who have received antimicrobial treatment than culture. [1-4]

Since the 1950s, effective pertussis immunisation programs have reduced hospitalisations and deaths in Australia dramatically. [4] Currently, the acellular pertussis vaccine (DTPa) is safer and more effective than whole cell pertussis vaccine (DTPw), which is no longer used in Australia. [1] DTPa vaccines are associated with lower incidence of fever and local reactions than DTPw, and serious side effects are rare. [1,6] DTPa is free for Australian children at 2, 4 and 6 months of age, with a booster available at 4 years and during adolescence. [5] Despite the availability of vaccines in Australia, it remains a challenging disease to control among two age groups: under the age of 6 months who suffer the most severe infections and highest mortality, and those older than 20 years. [1,6] Adolescents and adults are an important reservoir for infection as they are capable of transmitting pertussis to infants who were too young to have received two or more DTPa vaccines required for optimum protection. [1]

Epidemiology
In Australia, pertussis cases are notifiable under each state and territory Public Health Act. [4] There were 34,490 pertussis notifications received by the National Notifiable Diseases Surveillance System (NNDS) in 2010, the highest recorded since 1991 (Figure 1). A general increase in endemic peaks have occurred every 4-5 years since national notifications became available in 1991, occurring in 1997 (12,232 notifications), 2001 (9,530 notifications), 2005 (11,168 notifications) and 2010 (34,490 notifications). A clear seasonal pattern exists, with the highest number of notifications in the spring and summer months (between August and February) each year between 1993 and 2010. [2] In terms of age specifi c pertussis incidence rates, children less than 1 year old had the highest annual notification rate in all of the analysed years, and high rates were also observed in 5-9 years olds, with a peak notification rate in 1997 of 194 cases / 100,000. [4] Adults aged 20-59 years accounted for 56% of notifications, with elderly patients aged 60 years and over accounting for 15% of notifications in 2005 (Figure 2). Recently, there has been a rise in notification rates in the 20-59 year old age group, and in those over the age of 60, increasing by 57% and 17% respectively in 2010. This is in contrast to the relatively steady annual rates previously seen in these age groups between 1993-2003.
Hospitalisations, which refer to a period of time when a patient is confined to a hospital, followed a similar pattern to notifications (Figure 1) with a total of 1,478 separations recorded during 1998-2008 (Figure 3). Of these separations, they were most prominent in the 0-4 age categories, with 967 separations (Table 1). Peak separations occurred in the period of 2001-2002 (258 separations), 2004-2005 (222 separations) and 2007-2008 (250 separations).
There were 9,338 hospital bed days recorded for all ages during 1998-2008, with the highest number of hospital bed days toward the 0-4 year old group. Total hospital bed stays peaked during 2001-2002 (1,628 days) and 2004-2005 (1,640 days). Over the two years 2003-2004, two deaths were recorded where pertussis was the underlying cause, with both occurring in 2004; one case was 1 month of age and the other a 95 year old patient. [2] During 1993-2002, there was a total of 16 deaths attributed to pertussis, of which 15 (94%) occurred in infants less than 6 months of age. [6]
The latest study by Australian Department of Health and Ageing showed that between 2003-2005, only 37% of infants less than 6 months were fully vaccinated, and 12% partially vaccinated. [2,4] There are proposed explanations for increasing pertussis rates seen amongst infants in the less than 6 months of age group. Two or more doses of a pertussis-containing vaccine appear to be needed for protection, and infants less than 6 months of age are likely to be too young under Australian immunisation schedules to have reliably received two or more doses. [3] It is also likely that adults, particularly parents, are a significant source of infection to infants. Regarding individuals aged 20 and over, it is likely that increased notifications are related to greater use of serology as a diagnostic tool, and an ageing population. [4,8]
Also, waning immunity following infant vaccination and reduced opportunities for boosting immunity due to reduced circulation of pertussis may also contribute to increased susceptibility to pertussis infection and disease in the 20 years and over population. [3,8]

Risk factors
Understanding the risk factors for pertussis infection is essential to target areas of concern, and to provide a skeleton for drafting a national preventative strategy. They include:

Prevention activities
When thinking about prevention in population health, there is consideration towards four types of prevention:

Table 2 outlines how these different types of prevention could be implemented in Australia in the future.

Program Planning
Target Populations: Epidemiological and demographic information suggests that infants aged less than 6 months are at the highest risk of severe pertussis disease due to partial immunisation. Also, there is an increasing number of notification s in adults aged 20 years and over. [1] These two age groups could be extensively targeted as they are both a community need and are perceived as priority for intervention.
Vaccination Timing: There is evidence to suggest inadequacy of vaccination programs which provide doses at 2, 4, and 6 months, 4 years and in adolescence. There may be a role for earlier vaccination in order to protect those under 6 months of age. Furthermore, there may also be a role for the inclusion of those over the age of 20 in the national immunisation programme, as well as health care and childcare workers. Moreover, investment in screening, surveillance and patient education should be recommended.
Resource allocation: There is a need to mobilise resources. There may be a role for lobbying national and state governments to devote a greater proportion of the national budget to health care and disease prevention. Furthermore, there may be a role for the private sector (e.g. pharmaceutical companies) to also invest further in this disease in the form of vaccines, treatments, educational materials and awareness strategies. Human resources must also match financial resources, with appropriate medical staff providing increased vaccination and health promotion on this issue. Finally, building sustainable relationships between different bodies is key to the long-term success of health promotion, e.g. between Medicare Australia, the Australian Medical Association, public hospitals, pharmaceutical companies, state and federal health ministries.

Programme Implementation
Establishing an evidence base: This could be done by randomised controlled trial of vaccinating infants at the onset of labour, and another booster shot before the current regimen at 2 months to assess clinical outcomes. A randomised trial could also be done for adults over 20 years in limited geographical areas to assess efficacy, human resources and costs. A trial of up-skilling healthcare workers to be competent for routine pertussis screening in hospitals may be implemented and tried. Additionally, production of pamphlets and utilising media to promote health awareness of pertussis could be trialled to assess coverage, efficacy, cost and human resources.
Health promotion actions: Traditionally, health promotion activities have focused on public information, education or communication as the main method for improving knowledge and changing behaviours and thus, this should be emphasised in a pertussis preventative strategy. Dissemination of information through mass media by advertising, radio, posters and pamphlets around healthcare centres could be implemented in a cost effective way.
Organisations could also work together with pharmaceutical companies supplying vaccination. Furthermore, identified cases of pertussis should be reported early to a public health authority by private and public hospitals. Finally, prior to registration of doctors with the medical board, they could be required to undergo pertussis training.

Monitoring and recording of programme implementation and quality control
Increased attention must be given to the development of performance indicators which can be used to assist in assessing good management of people and resources, and assessment of success or failure. [19]
Cost-benefit analysis may be assessed for each class of preventative strategy, the availability of staff for an increasingly elderly population, assessment of penetration and impact of mass media and pamphlets for patient education could be accounted by production of surveys, and public notification s, mortality and morbidity data may constantly be monitored to assess efficacy of increased DTPa.

Program evaluation
Health literacy may be evaluated using measures such as assessing pertussis-related knowledge, attitudes, motivation, behavioural intentions, personal skills and self efficacy of the public. [19]
Outcomes regarding internal governmental policy developmental process, and lobbying leading to legislative change could be reviewed using measures such as policy statements, resource allocation and organisational practices. Finally, data of social outcomes (such as quality of life, equity) and health outcomes (national data on reduced morbidity, disability, avoidable mortality) may be evaluated to assess whether the preventative strategy was successful, or, if there are any program failures, may be traced to re-examine potential solutions.

Conclusion
Despite the largely successful history of immunisation in dramatically decreasing the incidence of pertussis, especially in terms of the number of hospitalisations and deaths, a number of changes to the immunisation strategy may be overdue. Control of the disease still remains a challenge in 21st century Australia, with increased notification rates documented in those under the age of 6 months and over the age of 20. GPs, often the fi rst point of contact, should familiarise themselves with the epidemiology those at greatest risk of pertussis, and off er vaccination accordingly. Moreover, individuals, health professionals, health organisations and governments must work synergistically to develop novel preventative strategies against modifi able risk factors, such as by increasing the number of booster vaccines, increasing surveillance, and greater dissemination of information to the population, to minimise burden of the disease for a sustainable future.

Acknowledgements
I would like to acknowledge Prof. Gabrielle Bammer, Director, National Centre for Epidemiology and Population Health and A/Prof. David Harley, Associate Dean of Population Health Teaching and Learning for awarding the ANU Medical School Population Health Prize towards this article.
Conflicts of interest
None Declared.
Correspondence
J Choi: josephchoi7@gmail.com