The ethics of euthanasia

Nargus Ebrahimi
Second Year Medicine
University of New South Wales
Nargus is passionate about writing on topics that are relevant to the practice of medicine and aims to incorporate medical journalism in her future career as a doctor. 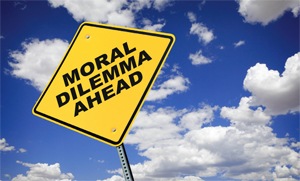 The topic of euthanasia is one that is shrouded with much ethical debate and ambiguity. Various types of euthanasia are recognised, with active voluntary euthanasia, assisted suicide and physicianassisted suicide eliciting the most controversy. [1] Broadly speaking, these terms are used to describe the termination of a person’s life to end their suffering, usually through the administration of drugs. Euthanasia is currently illegal in all Australian states, refl ecting the status quo of most countries, although, there are a handful of countries and states where acts of euthanasia are legally permitted under certain conditions.

Advocates of euthanasia argue that people have a right to make their own decisions regarding death, and that euthanasia is intended to alleviate pain and suffering, hence being ascribed the term “mercy killing.” They hold the view that active euthanasia is not morally worse than the withdrawal or withholding of medical treatment, and erroneously describe this practice as “passive euthanasia.” Such views are contested by opponents of euthanasia who raise the argument of the sanctity of human life and that euthanasia is equal to murder, and moreover, abuses autonomy and human rights. Furthermore, it is said that good palliative care can provide relief from suffering to patients and unlike euthanasia, should be the answer in modern medicine. This article will define several terms relating to euthanasia in order to frame the key arguments used by proponents and opponents of euthanasia. It will also outline the legal situation of euthanasia in Australia and countries abroad.

The term “euthanasia” is derived from Greek, literally meaning “good death”. [1] Taken in its common usage however, euthanasia refers to the termination of a person’s life, to end their suffering, usually from an incurable or terminal condition. [1] It is for this reason that euthanasia was also coined the name “mercy killing”.

Various types of euthanasia are recognised. Active euthanasia refers to the deliberate act, usually through the intentional administration of lethal drugs, to end an incurably or terminally ill patient’s life. [2] On the other hand, supporters of euthanasia use another term, “passive euthanasia” to describe the deliberate withholding or withdrawal of life-prolonging medical treatment resulting in the patient’s death. [2] Unsurprisingly, the term “passive euthanasia” has been described as a misnomer. In Australia and most countries around the world, this practice is not considered as euthanasia at all. Indeed, according to Bartels and Otlowski [2] withholding or withdrawing life-prolonging treatment, either at the request of the patient or when it is considered to be in the best interests of the patient, “has become an established part of medical practice and is relatively uncontroversial.”

Another concept that is linked to end-of-life decisions and should be differentiated from euthanasia is the doctrine of double effect. The doctrine of double effect excuses the death of the patient that may result, as a secondary effect, from an action taken with the primary intention of alleviating pain. [4] Supporters of euthanasia may describe this as indirect euthanasia, but again, this term should be discarded when considering the euthanasia debate. [3]

A number of countries and states around the world have permitted euthanasia and/or assisted suicide in some form; however this is often under specific conditions (see Table 2).

Arguments for and against euthanasia

It is said that relieving a patient from their pain and suffering by performing euthanasia will do more good than harm. [4] Advocates of euthanasia express the view that the fundamental moral values of society, compassion and mercy, require that no patient be allowed to suffer unbearably, and mercy killing should be permissible. [4]

James Rachels [12] is a well-known proponent of euthanasia who advocates this view. He states that there is no moral difference between killing and letting die, as the intention is usually similar based on a utilitarian argument. He illustrates this argument by making use of two hypothetical scenarios. In the first scenario, Smith anticipates an inheritance should anything happen to his six-year-old cousin, and ventures to drown the child while he takes his bath. In a similar scenario, Jones stands to inherit a fortune should anything happen to his six-year-old cousin, and upon intending to drown his cousin, he witnesses his cousin drown on his own by accident and lets him die. Callahan [9] highlights the fact that Rachels uses a hypothetical case where both parties are morally culpable, which fails to support Rachels’ argument.

Another of his arguments is that active euthanasia is more humane than passive euthanasia as it is “a quick and painless” lethal injection whereas the latter can result in “a relatively slow and painful death.” [12]

Opponents of euthanasia argue that there is a clear moral distinction between actively terminating a patient’s life and withdrawing or withholding treatment which ends a patient’s life. Letting a patient die from an incurable disease may be seen as allowing the disease to be the natural cause of death without moral culpability. [5] Life-support treatment merely postpones death and when interventions are withdrawn, the patient’s death is caused by the underlying disease. [5]

The sanctity of life

Central to the argument against euthanasia is society’s view of the sanctity of life, and this can have both a secular and a religious basis. [2] The underlying ethos is that human life must be respected and preserved. [1]

The Christian view sees life as a gif offerrom God, who ought not to be off ended by the taking of that life. [1] Similarly the Islamic faith says that “it is the sole prerogative of God to bestow life and to cause death.” [7] The withholding or withdrawal of treatment is permitted when it is futile, as this is seen as allowing the natural course of death. [7]

Society views an action which has a primary intention of killing another person as inherently wrong, in spite of the patient’s consent. [8] Callahan [9] describes the practice of active voluntary euthanasia as “consenting adult killing.”

Abuse of autonomy and human rights

While autonomy is used by advocates for euthanasia, it also features in the argument against euthanasia. Kant and Mill [3] believe that the principle of autonomy forbids the voluntary ending of the conditions necessary for autonomy, which would occur by ending one’s life.

It has also been argued that patients’ requests for euthanasia are rarely autonomous, as most terminally ill patients may not be of a sound or rational mind. [10]

Callahan [9] argues that the notion of self-determination requires that the right to lead our own lives is conditioned by the good of the community, and therefore we must consider risk of harm to the common good.

In relation to human rights, some critics of euthanasia argue that the act of euthanasia contravenes the “right to life”. The Universal Declaration of Human Rights highlights the importance that, “Everyone has the right to life.” [3] Right to life advocates dismiss claims there is a right to die, which makes suicide virtually justifi able in any case. [8]

The role of palliative care

It is often argued that pain and suffering experienced by patients can be relieved by administering appropriate palliative care, making euthanasia a futile measure. [3] According to Norval and Gwynther [4] “requests for euthanasia are rarely sustained after good palliative care is established.”

The rights of vulnerable patients

If euthanasia were to become an accepted practice, it may give rise to situations that undermine the rights of vulnerable patients. [11] These include coercion of patients receiving costly treatments to accept euthanasia or physician-assisted suicide.

The doctor-patient relationship and the physician’s role

Active voluntary euthanasia and physician-assisted suicide undermine the doctor-patient relationship, destroying the trust and confi dence built in such a relationship. A doctor’s role is to help and save lives, not end them. Casting doctors in the role of administering euthanasia “would undermine and compromise the objectives of the medical profession.” [1]

It can be seen that euthanasia is indeed a contentious issue, with the heart of the debate lying at active voluntary euthanasia and physicianassisted suicide. Its legal status in Australia is that of a criminal off ence, conferring murder or manslaughter charges according to the criminal legislation and/or common law across Australian states. Australia’s prohibition and criminalisation of the practice of euthanasia and assisted suicide refl ects the legal status quo that is present in most other countries around the world. In contrast, there are only a few countries and states that have legalised acts of euthanasia and/or assisted suicide. The many arguments that have been put forward for and against euthanasia, and the handful that have been outlined provide only a glimpse into the ethical debate and controversy surrounding the topic of euthanasia.