The impact of the nuclear crisis on global health

Dr. Helen Caldicott
Dr Helen Caldicott is an Australian physician and a leading anti-nuclear activist. She is a widely respected lecturer and authority on the topic, and played an integral role in the formation of the organisations Physicians for Social Responsibility and International Physicians for the Prevention of Nuclear War. The latter was awarded the Nobel Peace Prize in 1985. She has won numerous prizes for her efforts, such as the Humanist of the Year award from the American Humanist Association.

Due to my personal concerns regarding the ignorance of the world’s media and politicians about radiation biology after the dreadful accident at Fukushima in Japan, I organized a 2 day symposium at the NY Academy of Medicine on March 11 and 12, 2013, titled ‘The Medical and Ecological Consequences of Fukushima,’ which was addressed by some of the world’s leading scientists, epidemiologists, physicists and physicians who presented their latest data and findings on Fukushima. [1] 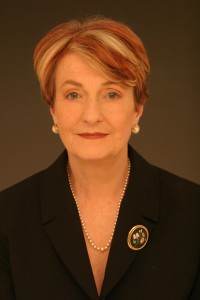 The Great Eastern earthquake, measuring 9.0 on the Richter scale, and the ensuing massive tsunami on the east coast of Japan induced the meltdown of three nuclear reactors within several days. During the quake the external power supply was lost to the reactor complex and the pumps, which circulate up to one million gallons of water per minute to cool each reactor core, ceased to function. Emergency diesel generators situated below the plants kicked in but these were soon swamped by the tsunami. Without cooling, the radioactive cores in units 1, 2 and 3 began to melt within hours. Over the next few days, all three cores (each weighing more than 100 tonnes) melted their way through six inches of steel at the bottom of their reactor vessels and oozed their way onto the concrete floor of the containment buildings. At the same time the zirconium cladding covering thousands of uranium fuel rods reacted with water, creating hydrogen, which initiated hydrogen explosions in units 1, 2, 3 and 4.

Massive quantities of radiation escaped into the air and water – three times more noble gases (argon, xenon and krypton) than were released at Chernobyl, together with huge amounts of other volatile and non-volatile radioactive elements, including cesium, tritium, iodine, strontium, silver, plutonium, americium and rubinium. Eventually sea water was – and is still – utilized to cool the molten reactors.

Fukushima is now described as the greatest industrial accident in history.

The Japanese government was so concerned that they were considering plans to evacuate 35 million people from Tokyo, as other reactors including Fukushima Daiini on the east coast were also at risk. Thousands of people fleeing from the smoldering reactors were not notified where the radioactive plumes were travelling, despite the fact that there was a system in place to track the plumes. As a result, people fled directly into regions with the highest radiation concentrations, where they were exposed to high levels of whole-body external gamma radiation being emitted by the radioactive elements, inhaling radioactive air and swallowing radioactive elements. [2] Unfortunately, inert potassium iodide was not supplied, which would have blocked the uptake of radioactive iodine by their thyroid glands, except in the town of Miharu. Prophylactic iodine was eventually distributed to the staff of Fukushima Medical University in the days after the accident, after extremely high levels of radioactive iodine – 1.9 million becquerels/kg were found in leafy vegetables near the University. [3] Iodine contamination was widespread in leafy vegetables and milk, whilst other isotopic contamination from substances such as caesium is widespread in vegetables, fruit, meat, milk, rice and tea in many areas of Japan. [4]

The Fukushima meltdown disaster is not over and will never end. The radioactive fallout which remains toxic for hundreds to thousands of years covers large swathes of Japan and will never be “cleaned up.” It will contaminate food, humans and animals virtually forever. I predict that the three reactors which experienced total meltdowns will never be dissembled or decommissioned. TEPCO (Tokyo Electric Power Company) – says it will take at least 30 to 40 years and the International Atomic Energy Agency predicts at least 40 years before they can make any progress because of the extremely high levels of radiation at these damaged reactors.

This accident is enormous in its medical implications. It will induce an epidemic of cancer as people inhale the radioactive elements, eat radioactive food and drink radioactive beverages. In 1986, a single meltdown and explosion at Chernobyl covered 40% of the European land mass with radioactive elements. Already, according to a 2009 report published by the New York Academy of Sciences, over one million people have already perished as a direct result of this catastrophe. This is just the tip of the iceberg, because large parts of Europe and the food grown there will remain radioactive for hundreds of years. [5]

No dose of radiation is safe. Each dose received by the body is cumulative and adds to the risk of developing malignancy or genetic disease.

Children are ten to twenty times more vulnerable to the carcinogenic effects of radiation than adults. Females tend to be more sensitive compared to males, whilst foetuses and immuno-compromised patients are also extremely sensitive.

High doses of radiation received from a nuclear meltdown or from a nuclear weapon explosion can cause acute radiation sickness, with alopecia, severe nausea, diarrhea and thrombocytopenia. Reports of such illnesses, particularly in children, appeared within the first few months after the Fukushima accident.

Ionizing radiation from radioactive elements and radiation emitted from X-ray machines and CT scanners can be carcinogenic. The latent period of carcinogenesis for leukemia is 5-10 years and solid cancers 15-80 years. It has been shown that all modes of cancer can be induced by radiation, as well as over 6000 genetic diseases now described in the medical literature.

But, as we increase the level of background radiation in our environment from medical procedures, X-ray scanning machines at airports, or radioactive materials continually escaping from nuclear reactors and nuclear waste dumps, we will inevitably increase the incidence of cancer as well as the incidence of genetic disease in future generations.

So, let’s describe just five of the radioactive elements that are continually being released into the air and water at Fukushima. Remember, though, there are over 200 such elements each with its own half-life, biological characteristic and pathway in the food chain and the human body. Most have never had their biological pathways examined. They are invisible, tasteless and odourless. When the cancer manifests it is impossible to determine its aetiology, but there is a large body of literature proving that radiation causes cancer, including the data from Hiroshima and Nagasaki.

In summary, the radioactive contamination and fallout from nuclear power plant accidents will have medical ramifications that will never cease, because the food will continue to concentrate the radioactive elements for hundreds to thousands of years. This will induce epidemics of cancer, leukemia and genetic disease. Already we are seeing such pathology and abnormalities in birds and insects, and because they reproduce very fast it is possible to observe disease caused by radiation over many generations within a relatively short space of time.

Pioneering research conducted by Dr Tim Mousseau, an evolutionary biologist, has demonstrated high rates of tumors, cataracts, genetic mutations, sterility and reduced brain size amongst birds in the exclusion zones of both Chernobyl and Fukushima. What happens to animals will happen to human beings. [7]

The Japanese government is desperately trying to “clean up” radioactive contamination. But in reality all that can be done is collect it, place it in containers and transfer it to another location. It cannot be made neutral and it cannot be prevented from spreading in the future. Some contractors have allowed their workers to empty radioactive debris, soil and leaves into streams and other illegal places. The main question becomes: Where can they place the contaminated material to be stored safely away from the environment for thousands of years? There is no safe place in Japan for this to happen, let alone to store thousands of tons of high level radioactive waste which rests precariously at the 54 Japanese nuclear reactors.

Last but not least, Australian uranium fuelled the Fukushima reactors. Australia exports uranium for use in nuclear power plants to 12 countries, including the US, Japan, France, Britain, Finland, Sweden, South Korea, China, Belgium, Spain, Canada and Taiwan. 270,000 metric tons of deadly radioactive waste exists in the world today, with 12,000 metric tons being added yearly. (Each reactor manufactures 30 tons per year and there are over 400 reactors globally.)

This high-level waste must be isolated from the environment for one million years – but no container lasts longer than 100 years. The isotopes will inevitably leak, contaminating the food chain, inducing epidemics of cancer, leukemia, congenital deformities and genetic diseases for the rest of time.

This, then, is the legacy we leave to future generations so that we can turn on our lights and computers or make nuclear weapons. It was Einstein who said “the splitting of the atom changed everything save mans’ mode of thinking, thus we drift towards unparalleled catastrophe.”

The question now is: Have we, the human species, the ability to mature psychologically in time to avert these catastrophes, or, is it in fact, too late?

Disclaimer: The views, opinions and perspectives presented in this article are those of the author alone and does not reflect the views of the Australian Medical Student Journal. The accuracy, completeness and validity of any statements made within this article are not guaranteed. We accept no liability for any errors or omissions.