The α-5 subunit-containing GABA-A receptor: a target for the treatment of cognitive defects

Abhishta Pierre Bhandari Fourth Year Medicine (Undergraduate) James Cook University
Abhishta Bhandari did a year of BSc majoring in Chemistry before entering into medicine. He is interested in research that looks at novel ways to target existing problems.

Amnesic effects of benzodiazepines are in part the result of the activity of α5-subunit containing GABAA receptors (GABRA5). Negative modulators at this receptor could improve cognition. In order to explore this beneficial effect, this article reviews the evidence on the effects of GABRA5 negative modulators and searches potential uses for such drugs. A literature search found a number of GABRA5 negative modulators. These drugs generally improve hippocampal-dependant learning via an increase in longterm potentiation (LTP) in the hippocampus. Passive avoidance learning was also improved. In addition, the compounds examined demonstrated minimal side effects partly due to lack of binding to different alpha subunit-containing GABAA types. Due to its beneficial properties, there is potential for such a drug in treating Alzheimer’s, alcohol-related amnesia and Down syndrome. Despite the myriad animal studies that utilised GABRA5 negative modulators, only three human studies were found. Due to its cognitive enhancing properties and minimal side effects, further human trials should be conducted in order to ascertain the potential of such drugs in treating cognitive deficits. 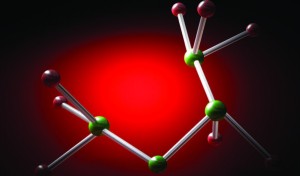 γ-aminobutyric acid (GABA) is the major inhibitory neurotransmitter in the brain and is responsible for regulating neuronal excitability. There are at least three different receptors that it targets — GABAA, GABAB and GABAC. [1] The GABAA receptor is the main target for the popular class of drugs, the benzodiazepines. This receptor is an ionotropic membrane receptor, which facilitates the movement of chloride into cells. In neurons, this increases the threshold needed to excite them.[2] Benzodiazepines are positive modulators at this receptor and exert their effects by binding to the interface between the γ2 and α subunits on the GABAA receptor. [3] Since they are modulators and not agonists, they do not work in the absence of GABA. [4] They only bind to the receptors containing the α5, α3, α2, and α1 subunits. [5] Each of these subunits mediates different effects. In knockout mice, the α1 subunit has shown hypnotic/sedative effects, whilst the α3, α2 and α5 subunits have anti-anxiolytic effects and these have been exploited for therapeutic use.[6]

Despite their uses in treating various conditions, traditional benzodiazepines have numerous side effects. The main side effects associated with therapeutic use are amnesia, confusion, impaired coordination and dizziness. There may be tolerance due to rapid escalation in the dose needed to provide the required effect. There are also long-term issues with dependence. In acute overdose the most life-threatening effect is respiratory depression, especially when combined with alcohol. [7]

Interestingly, it is thought that positive modulators at the α5 subunit-containing GABAA receptors (GABRA5) produce the anterograde amnesia associated with benzodiazepine use. [7] Most of these receptors are found in the hippocampus (a brain region associated with memory) and provide tonic inhibition in this region. [8] The exploitation of this receptor has led to the increasing use of the infamous ‘date rape’ drug flunitrazepam, which is a positive modulator at the GABRA5 in addition to its other functions. Because of its amnestic effects, victims are unable to recall events following intoxication and this provides a major challenge for prosecutors. [7] Despite these negative properties, by using a GABRA5 negative modulator the opposite effect might The α5 subunit-containing GABAA receptor: a target for the treatment of cognitive defects be achieved and cognition improved. The use of such a drug could potentially improve the quality of life for those living with cognitive defects and could also counteract drug-induced amnesia (for example, alcoholic ‘blackout’). However, this must be balanced with the inverse activity of non-selective negative modulators which could produce
convulsant or anxiogenic effects. [4]

A number of GABRA5 negative modulator compounds were examined. Many of the studies used animals as subjects. Studies in animals provide a solid starting platform for understanding the various physiological changes that a drug induces. [9] Of particular importance is the avoidance of potential side effects as a result of non-selective actions at other GABAA receptors. Side effects could include an increase in anxiety, aggressiveness, motor impairment, inability to sleep and proconvulsant effects. [7] Ultimately, the knowledge gained from animal experimentation can be used to conduct safe and effective clinical trials.

Dawson et al. [10] examined a compound named α51A (3-(5-Methylisoxazol-3-yl)-6-[(1-methyl-1,2,3-triazol-4-yl)methyloxy]-1,2,4-triazolo[3,4-a]phthalazine), which has selective negative modulator effects at GABRA5. The authors found that α51A reversed the inhibiting effects of GABRA5 in the hippocampus in rats and mice. This resulted in an increase in performance in a memory test named the “delayed matching-to-position version of the Morris water maze”, which is a hippocampus-dependant cognitive test. [11] In addition, ‘long-term potentiation’ (LTP), which is thought to underlie the synaptic changes that take place during memory formation, was found to be enhanced in the hippocampus. [11,12] Benzodiazepine (agonist) effects and non-selective GABAA negative modulator effects were also examined. The authors found no anxiogenic, convulsant, withdrawal or motor-impairing effects from the drug. [10]

Only certain components of memory have shown to be improved by GABRA5 negative modulators. Collinson et al. [13] extrapolated on the results obtained by Dawson et al. [10] and looked at the effect of a modified version of α51A, α51A-II. They separated memory into three components — encoding, consolidation (conversion into long-term memory) and recall. Results were obtained by measuring performance in the delayed matching-to-position (DMTP) version of the Morris water maze in rats. The authors found that the compound improved encoding and recall but not consolidation in this hippocampaldependant memory test. [13]

The effect on cognition by another selective GABRA5 negative modulator was examined by Ballard et al. [14] This was done by the use of an imidazo-triazolo-benzodiazepine compound named RO4938581. The effect of this compound on cognition was examined in rats. [15] This compound demonstrated similar effects to those found by Dawson et al. [10] in that they found no convulsant or anxiogenic effects. In addition, similar to Dawson et al. [10], there was an increase in hippocampal LTP. The authors also found that working memory was enhanced since RO493881 reversed scopolamine-induced working memory impairment. [14] This was shown by an increase in performance in the DMTP task, which is used to assess spatial working memory. [14,15] It also reversed diazepam-induced spatial impairment. This was demonstrated by an increase in performance in the Morris water maze task. [14]

GABRA5 negative modulators could be used to treat Alzheimer’s disease since GABRA5 is preserved in Alzheimer’s disease patients.
[18] Alzheimer’s disease is commonly characterised by the gradual worsening of ability to remember new information. [19] Administration of a GABRA5 negative modulator could help with the ‘encoding’ and ‘recall’ of this information. [8] It could also be used to treat mild cognitive impairment (MCI), which is a risk factor for later developing the disease. [20] Administration of such a drug to patients may provide relief to older caregivers, who often show signs of sleep detriment. [21]

A review by Attack [22] in 2010 found two human trials on the GABRA5 negative modulator α5Ia and one trial on MRK-016. Since then no human trials were found and this could be an area of future research. The first study found that a potential application of GABRA5 negative modulators is the treatment of alcohol-induced amnesia. Nutt et al. [23] found that pre-treatment reduces alcohol’s amnestic effects in humans. This was measured by word list learning which is linked to hippocampal processing. Alcohol-induced amnesia has been shown to predict future alcohol-related injury. [24] Therefore, the use of a GABRA5 negative modulator may help in reducing this risk. In addition, it may also reduce alcohol-related stress since it has been found that amnestic episodes related to alcohol have resulted in moderate psychological stress. [25]

MRK-016 (3-tert-butyl-7-(5-methylisoxazol-3-yl)-2-(1-methyl-1H-1,2,4-triazol-5-ylmethoxy)-pyrazolo[1,5-d]-[1,2,4]triazine) is another negative modulator and showed greater LTP in rat hippocampal slices than α51A. It also enhanced performance in the DMTP and Morris water maze tasks, which are used to test spatial memory. In humans, it was well tolerated in young adults with a maximum tolerated dose of 5 mg with 75% occupancy. In elderly subjects, however, it was poorly tolerated even at 10% of the maximum dosage in young adult males. Therefore, this particular drug has been precluded for development. [26]

Recent trials of GABRA5 agonists, in particular L-655,708 and MRK-016, have focused on restoring post-anaesthetic cognitive deficits. Lecker et al. [27] found that L-655,708 and MRK-016 reduced the potentiation of GABRA5 post-inhalation of isoflurane and sevoflurane. A further study by Zureck et al. [28] found that short-term memory assessed by the novel object recognition task was fully reversed by L-655,708 after isoflurane anaesthesia. This demonstrates the potential use of L-655,708 in reducing post-anaesthetic amnesia. However, further studies which include those performed on humans are needed to validate the potential of MRK-016 and other GABRA5 negative modulators in reducing post-anaesthetic amnesia.

The use of GABRA5 negative modulators could help with treating cognitive deficits related to Down syndrome. A recent review by Martínez-Cué et al. [29] investigated this specific application. It identified two studies that examined the effects of a GABRA5 inverse modulator on a Down syndrome mouse model (Ts65Dn). Braudeau et al. [30] found that acute treatment with the GABRA negative modulator α5IA improved learning deficits in the Morris water maze task. The second study also showed that chronic administration of a similar drug, RO4938581 has also been shown to have memory-promoting effects in the Morris water maze task on Ts65Dn mice. [31] In a practical sense, administration of such a drug could improve performance in learning a wide range of functional skills in those living with Down syndrome. For example, in children this may include learning how to use the toilet and administering self-care. [32]

The literature supporting the use of a GABRA5 negative modulator in the treatment of cognitive deficits is promising. GABRA5 negative modulators exert their actions by enhancing hippocampal dependant memory formation. There are minimal side effects as no withdrawal symptoms, convulsant, anxiogenic or motor-impairing effects were found. There is great potential for the use of GABRA5 negative modulators as they have been shown to reduce alcohol-related amnesia and may have potential in the treatment of Alzheimer’s disease. They could also treat cognitive deficits in Down syndrome patients, increasing the speed at which they learn functional skills. Due to these favourable findings, there is an increased need for human clinical trials in order to validate the potential for this important receptor target.

A/Prof Zoltan Sarnyai, for reviewing this article when I submitted it as an assignment.