Dr. Mark Foreman Associate Professor Nuclear Chemistry/Industrial Materials Recycling Chalmers University of Technology, Sweden
Dr. Foreman is an associate professor of industrial materials recycling who has since 2001 held an interest in the chemistry of radioactive materials. His research interests include the chemistry of both radioactive waste and serious nuclear reactor accidents. 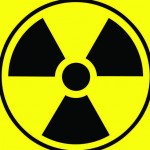 As a university academic whose professional interests include the chemistry of serious reactor accidents I disagree with many of
the statements made by Helen Caldicott in her recent article “The impact of the nuclear crisis on global health”. While she is an iconic figure for many people it is important that her statements are critically assessed, in the interests of public health neither statements made by the opponents or supporters of any technology should be accepted blindly. For reasons of brevity I am unable to address all my concerns about her article, so I will focus on a few of the errors I believe she has made. Helen claims that the low level exposure that the general public experienced caused symptoms of “radiation sickness”. This claim is at odds with what I have been taught during the radiological health and safety training I have had and I would like to point out that
to induce the acute radiation syndrome in humans a dose of at least 1 to 2 Gy needs to be delivered over a short time. The doses which the public had during the accident were far too small. If radiation is as able as she claims to induce the acute effects (blood and GI disturbances) then surely these effects would be commonly seen after moderate medical exposures such as CT scans and diagnostic nuclear medical procedures.

I would like to challenge her claim that all radioactive elements bioconcentrate as they pass through a food chain. While some
radionuclides can pass through food chains with ease, others do not do so, for example, the human digestive system is unable to
absorb into the blood more than a small fraction of any plutonium that is swallowed. A classic test to determine if a worker has
inhaled plutonium dust is to measure the plutonium content of their faeces. If the digestive system were a good absorber of this element then this test would be impossible.

It is noteworthy that the biokinetics of tritium and cesium are not compatible with the idea that it will bioconcentrate in all food chains; the biological half-life of cesium in humans and farmyard animals is in the range of one to three months. As a result, after a short exposure to cesium most of it will be gone in less than one year. During a protracted constant exposure to cesium-134 or 137 an equilibrium will be set up within months which will prevent the further accumulation of cesium; the majority of the cesium ingested will be excreted before it is able to undergo radioactive decay. The common form of tritium (HTO) has an even shorter biological half-life in humans, as a result it is one of the least toxic radioisotopes.

Helen claims that iodine-131 is a potent carcinogen in humans, while I advocate exercising great care when working with any radioactive substance I note that a Swedish medical scientist (L.E. Holm) was unable to find any evidence that this radionuclide is able to cause thyroid cancer in humans. He could see no excess of thyroid cancer in a population of people exposed during diagnostic medical procedures. However data associated with Chernobyl and atom bomb tests strongly indicates that radioactive iodine causes thyroid cancer. L.E. Holm suggested that the shorter lived higher beta energy iodine radioisotopes from bombs / Chernobyl may have been the main carcinogen. While I do not know if L.E. Holm’s short-lived iodine hypothesis is right, based on the current evidence it is not a certainty that iodine-131 is a potent carcinogen.

I hold the view that people are equally entitled to hold antinuclear or pronuclear views. However, any scientific argument either for or against nuclear power should be correct and good quality science.