A case of haemorrhagic pericardial tamponade in an adolescent 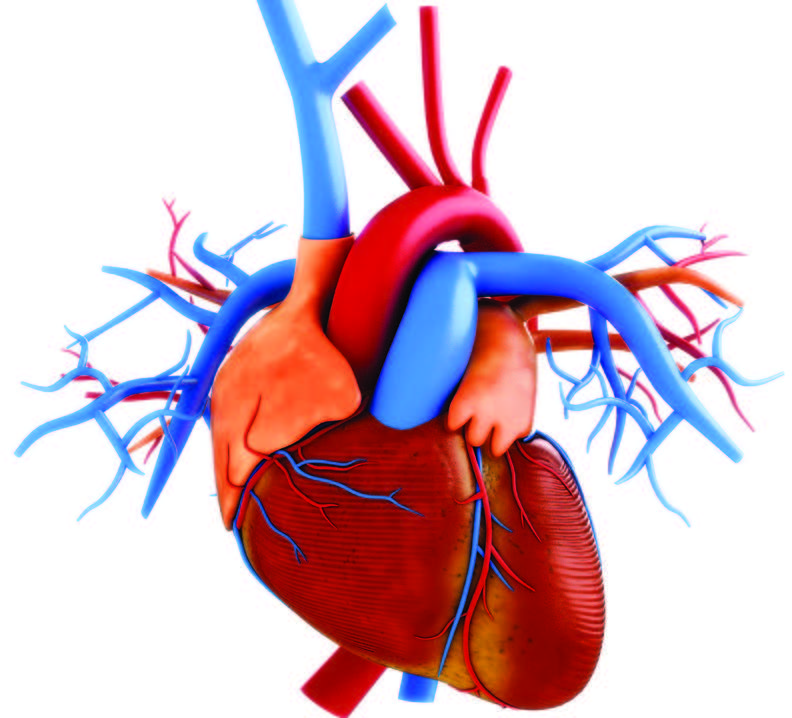 A 19 year old male, working as a chef apprentice, presented to the emergency department with acute onset pleuritic chest pain and a two week history of progressive shortness of breath. The pain was characteristically sharp, central, and aggravated on inspiration and in the supine position. He was systemically unwell with chills and night sweats. There were no prodromal respiratory tract symptoms, palpitations, syncope, cough, sputum, or wheeze. He was otherwise healthy. He denied engaging in any high risk behaviour, any sick contacts, or travel to the tropics.

On physical examination, temperature was 37.7°C, respiratory rate 20 breaths/minute, heart rate 114 bpm and blood pressure 136/78 mmHg. Oxygen saturation was 94% on 3 litres per minute of oxygen. Cardiovascular examination was remarkable for distended neck veins, pulsus paradoxus of up to 20 mmHg and muffled heart sounds on auscultation. He had normal vesicular breath sounds over all lung fields. There was no lymphadenopathy or palpable masses to suggest malignancies, and no localising signs to suggest a focus of infection.

An urgent pericardiocentesis was performed and 600 mL of haemorrhagic fluid was drained through a pigtail catheter, with instantaneous improvement of his symptoms.  Fluid analysis was consistent with an exudative effusion as determined by Light’s criteria. However, focused evaluation for infective aetiology including viral serologies, serology for atypical organisms and mycobacterium were negative. No malignant cells were identified in the fluid. Table 1 reflects the extensive evaluation that was performed.

After a 48 hour period, his drain was removed. He was discharged home with a six week course of indomethacin for the intermittent pleuritic pain that persisted for a further two weeks and with pantoprazole for gastro-protection. Upon follow-up a week later, there was no recurrence of his effusion with full resolution of symptoms. The repeat echocardiography performed a month later was normal.

The duration of pericardial effusion development influences clinical symptoms and presentation. This patient, who was previously healthy, developed acute symptoms of chest pain and dyspnoea due to rapid accumulation of 600 mL of fluid over two weeks. Conversely, if the fluid is accumulated slowly over months, it allows the pericardium to stretch and adapt, and hence the patient can be asymptomatic. [3]

The morbidity and mortality of pericardial effusion is determined by its aetiology. The aetiology is typically established by the evaluation of fluid analysis in relation to the clinical context in which it occurs. Most patients tolerate acute idiopathic effusions well, and have an uncomplicated recovery. In patients with tuberculous pericardial effusions, the mortality is 80-90% if left untreated. The mortality is reduced to 8-17% with anti-tuberculosis medication. [4] Symptomatic effusion is one of the contributing causes of death in 86% of cancer patients with malignant effusions. [5] Conversely, up to 50% of patients with large, chronic effusions lasting longer than six months can be asymptomatic. [6]

Cardiac tamponade is one of the most fatal complications of pericardial effusion. Clinically, it can be recognised from Beck’s triad of muffled heart sounds, increased jugular venous pressure, and pulsus paradoxus. Our patient had a significant paradoxus of 20 mmHg (normal <10 mmHg) and elevated jugular venous pressure that made us suspect tamponade on clinical grounds.

In tamponade, increased intrapericardial pressure compromises ventricular filling and reduces cardiac output. This tamponade pathophysiology exaggerates the typical respiratory variation in left and right ventricular filling, which explains the pulsus paradoxus. The time frame over which effusions develop determines the risk of developing a tamponade. An acute accumulation as low as 150 mL can result in tamponade. [3]

Echocardiography is essential in the work-up of a patient with pericardial effusion. It demonstrates the size and presence of an effusion, which is visualised as echo-free space (Figure 1). However, the size of the effusion cannot accurately predict the possibility of cardiac tamponade. Cardiac tamponade is a clinical diagnosis. The general rule is that pericardial effusions causing tamponade are usually large and can be seen both anteriorly and posteriorly. Other suggestive echocardiographic features of tamponade are right atrial collapse and right ventricular collapse (Supplementary Figure 2). The sensitivity of identifying right atrial collapse for the diagnosis of tamponade is 50-100%, whereas the specificity is 33-100%. The sensitivity and specificity in finding right ventricular collapse ranges from 48% to 100% and 72% to 100% respectively. These findings by themselves are unreliable signs of tamponade clinically. They only have diagnostic value if the pre-test likelihood of tamponade is high for the patient in question. [7] It is hard to differentiate haemorrhagic and serous effusion on echocardiograph. However, fibrinous strands on echocardiograph suggest that an inflammatory process is present in the pericardial space, which was seen in this patient’s echocardiogram. [8] Hence, the initial suspicion for this healthy young man was cardiac tamponade caused by viral pericarditis. 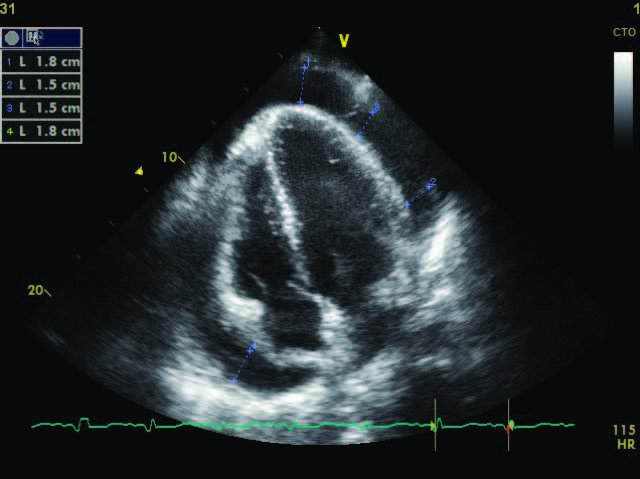 Figure 1. Pericardial effusion in this patient as echo-free space.

Based on the suspicion of viral pericarditis, it was foreseen that the effusion would be serous. However, it turned out to be haemorrhagic pericardial effusion, which altered the diagnostic and management pathway.

The aetiology of pericardial disease is best categorised based on inflammatory, neoplastic, vascular, congenital and idiopathic causes. It has been noted that a definite cause for pericardial effusion is only found in 60% of patients. [1]

There have been major analytic studies addressing the issue of diagnosing and managing large pericardial effusions of unknown origin, [1, 9, 10] but only one study has discussed the aetiology of large haemorrhagic pericardial effusion. [11] Atar et al.’s study [11] evaluated 96 cases of haemorrhagic pericardial effusion and  highlighted the common causes: iatrogenic (31%), malignancy (26%), postpericardiotomy syndrome (13%), and idiopathic (10%). Traditionally, malignancy and tuberculosis have always been considered as potential causes. [2] However, as reflected in Atar et al.’s study, the incidence of tuberculosis has decreased and there is a rise in cardiovascular procedures over the past decade, resulting in a switch to iatrogenic disease as a major cause. Although it has been noted that viral pericarditis can cause haemorrhagic effusions in rare cases, the frequency is unknown.

The indications for pericardiocentesis are pericardial tamponade and effusions greater than 20 mm, measured in diastole on echocardiograph. [12] When pericardial effusion is associated with pericarditis, management should follow that of pericarditis. The mainstay of therapy for patients with idiopathic pericarditis is nonsteroidal anti-inflammatory agents (NSAIDs), which is aimed at symptom relief. It has been shown that NSAIDs are effective in relieving chest pain in 85–90% of patients. [13] While colchicine is the definitive treatment for relapsing pericarditis, a limited number of small trials have also suggested that colchicine alone or in combination with NSAIDs can prevent recurrences when used in the first episode of acute pericarditis. Glucocorticoids should only be used in patients with contraindications or who are refractory to NSAIDs and colchicine. [14]

The outcome of patients with large haemorrhagic pericardial effusions is dependent on the underlying disease. The mean survival for patients with malignant pericardial effusion is 8 ± 6 months post-pericardiocentesis. In contrast, patients with idiopathic pericardial effusion have a favourable survival outcome similar to the general population. [11] Although no patients had recurrent effusion in Atar et al.’s study, it is known that with acute idiopathic pericarditis, there is a 10–30% chance of developing recurrent disease, and often with an effusion. A single recurrent attack may happen within the first few weeks after the initial attack or as repeated episodes for months. [15, 16] The pathogenesis of recurrent pericarditis is unclear, but has been speculated to be due to an underlying autoimmune process. [16] With recurrent episodes, the repeated inflammation can lead to chronic fibrotic scarring and thickening of the pericardium, resulting in constrictive pericarditis. [6]

There is no specific feature that reliably predicts the recurrence of idiopathic effusions. However, it has been shown that patients who responded well to NSAIDs have a lesser chance of recurrence, [17] while initial treatment with corticosteroids increases the risk of recurrences due to deleterious effect on viral replication. [18] This patient had a good response to NSAID therapy within a week with improvement in his symptoms, which subsequently fully resolved. This further supports the diagnosis of idiopathic pericarditis and is also a good indicator that he is not at an increased risk of recurrence. However, it would be beneficial for this patient to be reviewed in the future with repeat echocardiography if clinically warranted.

Cardiac tamponade is a life-threatening medical emergency that requires prompt diagnosis and emergent treatment. It is essential to be able to recognise Beck’s triad. Haemorrhagic pericardial effusion is a red flag that warrants a meticulous search for uncommon but sinister aetiologies, especially malignancy and tuberculosis, as the mortality rate is high if left untreated. When extensive investigations have been conducted and the diagnosis of idiopathic pericarditis is made, NSAIDs are the mainstay of therapy. Colchicine may be considered to prevent recurrence, while glucocorticoids should only be used as a last resort.