Detection and triage of cervical cancer has undergone commendable advances since the introduction of the Papanicolaou (Pap) smear, Human Papilloma Virus (HPV) detection, and recent implementation of the HPV vaccine. Many Australian females have benefited from these public health advances, however as with many other health trends in Australia, the Indigenous population appears to be lagging behind. This article reviews cervical cancer incidence and mortality as well as its public health management in the Indigenous context. It also reiterates clear issues in the medical record system for identifying Indigenous status in screening and addresses the reasons for disparities in these health trends. In reintroducing the idea of self-collection techniques in the Indigenous context, it is hoped that its ability to overcome privacy and cultural issues associated with traditional Pap smear collection methods and its potential to benefit Indigenous uptake of cervical screening is highlighted. These benefits could be extended to all women who remain averse to the idea of traditional Pap smear collection procedure. This article also explores the possibility of developing a screening method involving the combination of tampon self-collection with ThinPrep and Hybrid Capture II DNA assay technology.

Cervical cancer screening and prevention in the Indigenous context 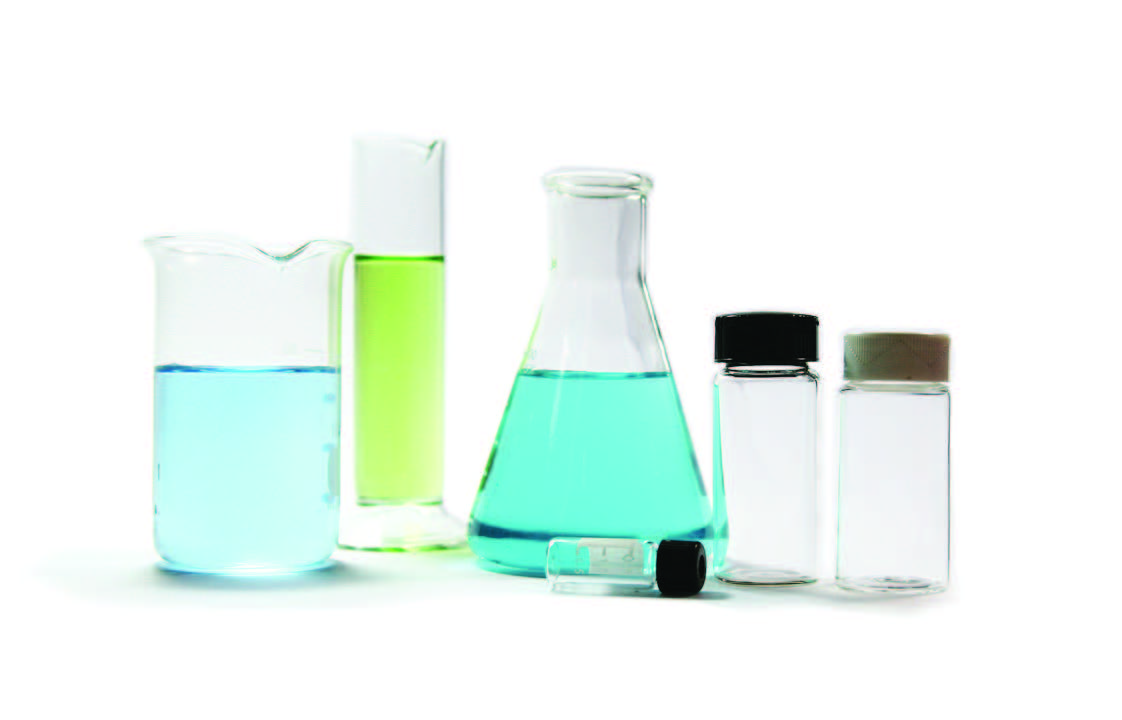 Participation of Indigenous women in preventative measures regarding cervical cancer (Pap smears and HPV vaccine) is hard to quantify. One difficulty is that Indigenous status is not a mandatory field on pathology requisitions for Pap smears. [4,5] As a result, state and territory registers do not have reliable information to quantify the number of Indigenous women participating in screening programs. [4,6] Data taken from individual Indigenous health services and communities estimate the number of Indigenous women in those communities undergoing Pap smears ranges from 27-63% [4] with other studies report an increasing trend of women in the Northern Territory participating in cervical screening since 1999. [2] Other data has shown positive results for vaccine uptake amongst Indigenous Queensland adolescents in school-based programs as part of the national vaccination strategy. [7] This will benefit future generations of Indigenous women in regards to cervical cancer prevention. However, in considering health prevention strategies that more directly influence immediate cancer rates in Indigenous populations, it is arguably more important to consider the cervical cancer screening issues in women who did not receive the HPV vaccine in their adolescence.

The aforementioned health trends are attributed to complex and multifaceted explanations. Risk factors contributing to higher cervical cancer burden for Indigenous women reportedly may be related to health behaviours (e.g. smoking), other co-morbidities (e.g. diabetes), and sexually transmitted infection. [8] However, in terms of cervical cancer screening, reluctance to either participate in cancer screening, or return for follow up of abnormal results is an especially large contributor to the burden of disease. [9] Cultural barriers between the Indigenous community and the health system are also likely to be heavy contributors. A study of Indigenous women found that they have fearful and fatalistic attitudes toward cancer [9] and there is a heavy social stigma surrounding the topic of cervical cancer as it is a ‘dirty disease’. In fact, other gynecological problems are often ignored as they are associated with a sense of shame. [9]

When considering the prominent cultural barriers for Indigenous women, it can be proposed that the participation in screening amongst this demographic could be improved by implementing more culturally respectful methods of testing, health promotion, and education in communities to encourage uptake of screening methods. The latter part of this solution has been quite effectively implemented in certain areas of Australia through the efficient use of Aboriginal healthcare workers in collaboration with other government public health initiatives. [10] However, it appears we are still strongly limited by the screening technique itself. The most reasonable solution to avoiding the issue of physician-associated collection and invasion of personal privacy for Indigenous women (as with all women) lies in the development of a self-collection protocol. This avenue has been explored in the past by different studies with varying results; but in light of newly developing technology, now may be the time for re-examination.

There are many possible methods of self-collection currently being explored, including tampons, dry swabs, and brushes. These aim to pick up sloughed off cervical cells in the vaginal canal for review.  A study by Budge et al. has explored the possibility of a tampon ‘self-collection’ technique to gather cervical cells for pathological review in place of the traditional Pap smear protocol. However, as identified by this study, an inherent problem with the efficacy of using tampon collection technique is that adequate collection of cells for review relies heavily on correct positioning of the tampon within the vaginal canal. [11] Harper et al. have contributed to the development of tampon collection by observing correlations between increased cervicovaginal exposure time and increased efficacy of the self-collection technique, finding comparable efficacy with traditional swab collection techniques. [12] Another study that looked at the efficacy of dry swab collection techniques, similar to tampon collection, observed that it was lacking in ability to pick up endocervical cells for cytological review. [13] It was also found that though self-collected samples provided comparable cytology concordance with physician-collected samples, its low sensitivity and negative predictive value prevents its use as a primary screening tool. [13] Hence there has been a movement to combine self-collection with other innovations to improve its viability as a screening tool for cervical cancer. The study by Budge et al. combined the use of tampon self-collection with ThinPrep technology to preserve the viable cells collected, the efficacy of which is discussed below.

ThinPrep is proposed to help preserve accuracy where transport and storage issues may otherwise affect sensitivity of testing in a rural setting. [11] ThinPrep is characterized by the usual technique of collection of cells of the transitional zone of the cervix with a brush and the sample is then immediately immersed in a fixating agent to be delivered to a laboratory. [14] The mixture is then centrifuged, filtered, and processed to a mono-layered sample for histological analysis. [14] This method of preparation is said to provide a more easily-analysed sample, free of obscuring factors such as blood and mucous, overlapping cells or air-drying artefacts. [14] As a result, it has been concluded that ThinPrep does have the potential to increase sensitivity of testing if used correctly compared with conventional Pap smear methods. [15] However, Michael et al. suggests the ThinPrep method is not completely fault-proof. There have been cellular changes reported in ThinPrep samples compared to conventional smears. [16] Those cellular changes included smaller appearing cells, and nucleolar and cytoplasmic changes. Despite this, Michael et al. does note that general features of malignancies such as nuclear pleomorphism and membrane irregularities are well-preserved. [16] Currently, it appears that ThinPrep is only approved for use with traditional cervical cell collection methods. The use of ThinPrep with tampon collection remains a research initiative that has definite potential. If further research is conducted to support the efficacy of ThinPrep in better preserving collected samples we may have a very effective means of reducing disparities in quality of service to not only Indigenous, but all rurally located women in Australia.

Development of Hybrid Capture II (HC2) DNA testing assay sheds light on the possibility of using HPV DNA testing of cervicovaginal samples as new means of triage for the need to screen with cytological review. Putting this into practice would require facilitating the self-collection of samples and analysing them for infection with particular HPV subtypes, for example the HPV genotypes 16 and 18 which are the most strongly associated with development of cervical cancer. [17] Depending on the type of infection, further cytological analysis may be prompted, involving a traditional physician-collected Pap smear (in the absence of a self-collected specimen adequate for cytological review). Incorporating this step of ‘pre-screening’ may encourage women to become more receptive to making contact with the screening process.

Igidbashian et al. have tested the efficacy of combining the self-collection technique and the HC2 assay for detection of cervical cancer risk compared with traditional Pap smears. Their study shows that incorporation of HC2 allows increased sensitivity in detection of HPV infection compared with cytological review. [18] However, it also demonstrated detection of transient HPV infections which may not be relevant for the detection of cervical neoplasia. [18] Despite this, the study does allude to the ability of HPV testing to separate women into high risk and low risk groups of developing of cervical intraepithelial neoplasia (CIN). [18] This is supported by the work of Bulkman et al. which approves of the use of HC2 testing to allow earlier detection of more potentially severe lesions. [19] Cochrane Collaboration has not yet reviewed this matter in particular; but does provide some support for the use of HPV DNA testing via HC2 assay over repeat cytological review in the triage of women with minor cervical cell changes present on an initial cytological review. [21] The prognostic value of HPV testing for cervical carcinomas is also recognised in a study by Lai et al. which notes an association between HPV 18 infection and poorer prognosis of cervical cancer. [22]

There is insufficient research to support or refute the use of HPV DNA testing as a ‘pre-cytological screening’ tool; but it is arguably a worthwhile avenue of research given the current inclusion of HPV DNA testing in many guidelines. Furthermore, there is evidence to support the comparable efficacy of self-collected samples versus physician-collected samples in HPV infection detection as opposed to cytological analysis. [23] Incorporation of HPV DNA testing may power the possibility of self-collection techniques. The use of this in screening methods for cervical cancer has great potential to overcome many of the privacy issues surrounding a physician-conducted cervical swab in conservawomen.

Despite successes of previously implemented prevention strategies for cervical cancer in Australia; it is clear that once again, the Indigenous population is lagging behind, with Indigenous women suffering from a greater burden of disease due to cervical cancer compared to non-Indigenous women. This could be attributed to their lower access or uptake of the only current widely available and approved tool: Pap smears. The issues of invasiveness and breach of privacy surrounding Pap smear practice itself stands as a significant barrier between Indigenous women and their uptake of cervical cancer screening. Addressing the possible alternatives to traditional Pap smear collection may be pertinent to successfully overcoming particular cultural barriers to cervical screening. Concepts of tampon-collection technique, incorporation of ThinPrep and Hybrid Capture II assay technology all pose potential improvements in the area of self-collection methods. Successful development of a combined technique with appropriate health promotion could make incredible differences in uptake of cervical screening amongst all the generations of Indigenous women who missed out or may miss out on the HPV vaccine. It may also be helpful to make modifications to the records process for screening tests to mandatorily include Indigenous status of women to gain more reliable data.