The strengths and shortcomings of empathy in medicine

Every day medical students and doctors are faced with challenging, ethical, and moral dilemmas. Caring for patients can be draining and bearing witness to their suffering can often take a toll on the mental and emotional health of practitioners. A key psychological component affecting how we react to these situations is empathy. Here, the effects of empathy on our health and relationships with patients as well as the benefits and challenges of using empathic practice are examined. 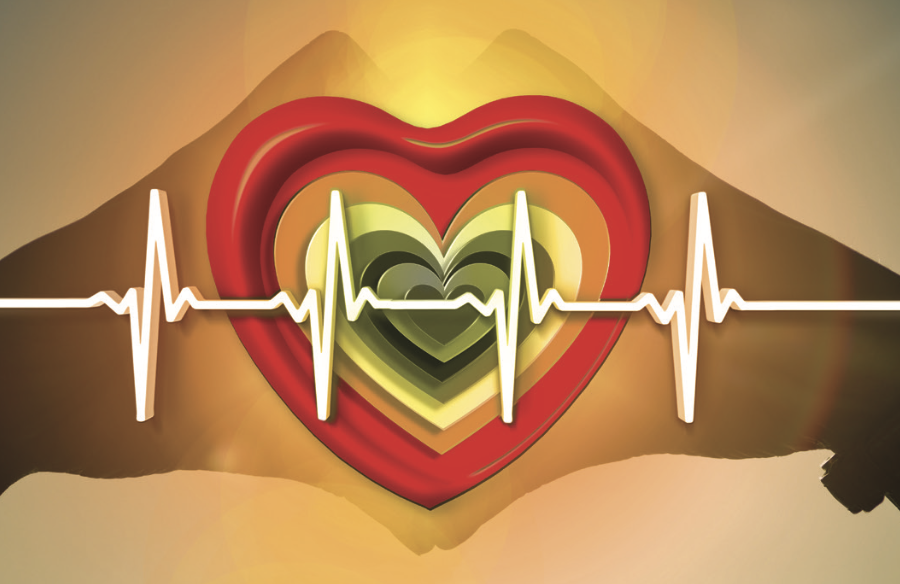 “Not even one’s own pain weighs so heavy as the pain one feels with someone, for someone, a pain intensified by the imagination and prolonged by a hundred echoes.”

― Milan Kundera, The Unbearable Lightness of Being [1]

Several times a day, if not more often, I see prescriptions for metformin on patient charts. Diabetes in hospital patients is almost as common as perfectionism in medical students; over 900,000 hospitalisations – or 9% of all hospitalisations – in Australia in 2013 were for management of diabetes as the principal or additional diagnosis [2]. Having lived with type 1 diabetes now for over 16 years, I have heard innumerable lectures on the pitfalls of chronic hyperglycaemia. With my last HbA1c falling in the “dangerously high” region at 12.9%, I am all too aware of how this can affect my long-term health. Yet, I cannot in good conscience stand at the bedside of patients with diabetes and lecture them on adherence to medication or better sleeping and eating habits when I myself struggle everyday with poor results. I often find myself torn between judging patients – and myself – for poor control, or letting poor control slide in acceptance of the human capacity for error. Rather than simply ruminating on my own shortcomings, the aim of this essay is to use my own as well as other patients’ experiences to highlight the all-too-real dilemma of allowing empathy to guide us while still separating personal feelings from professional agendas in medicine.

Empathy is a complex phenomenon, involving cognitive and affective processes that affect our capacity to understand and respond to other people’s emotional and mental states. Cognitive empathy can be defined as the awareness and understanding of another’s emotion. Affective empathy refers to the vicarious experience of emotions consistent with those of the observed person and often results in empathic concern, which involves feelings of compassion or concern for another. A more problematic form of affective empathy is personal distress: personal feelings of discomfort and anxiety in response to another’s suffering [3].

A recent popular article published in Scientific American explored the idea of empathy as being a double-edged sword [4]. The authors discussed the psychological construct of empathy’s ability to overwhelm their clinical judgment, however they also underlined its importance in relating to patients and being a well-adjusted human being. The article concluded, “[the] key is knowing when empathy is called for and when it is detrimental. It should not be the goal of physicians, then, to be more empathetic. They should aim instead to find the right balance, the golden mean that optimises care.”

Several studies have demonstrated that as clinical reasoning and experience in medicine widens, empathy decreases [5,6]. Reasons for this change are uncertain, however I question whether the inverse relationship between experience and empathy may be linked to the x-axis of time: the longer medical students spend exposed to the realities of medicine, the less able they become to expose their emotions to the harsh realities of patients’ lives. We can’t save everyone and often we can’t even eliminate much of their burden of disease – so losing the ability to empathise so as to limit emotional and psychological burden is likely a factor here as well. The evidence for this decrease in empathy over time is elegantly demonstrated in a study by Newton and colleagues which revealed that medical students’ empathy scores drop significantly between their first and third years [5]. This study used a standardised empathy scale to evaluate the same class of students every year between first and fourth year, and they found overall medical education was a determinant differentially affecting the vicarious empathy of students, with the greatest impact on male surgical specialties. The authors concluded, “the significant decrease in vicarious empathy is of concern, because empathy is crucial for a successful physician–patient relationship.” Another study of American medical students demonstrated the drop in empathy scores to be most significant across the third year (their first clinical year), with no significant drop during basic sciences teaching [6]. They also reported greater feelings of psychological distress in students over this same period, which is consistent with Australian statistics from Beyond Blue that report one in five medical students have had suicidal thoughts in the past year [7].

While it is undoubtedly true that empathy is necessary for healthy doctor-patient relationships, I question whether there is an element of self-preservation involved in the gradual loss of empathy over the course of our clinical years. Throughout my childhood, my younger sister was in and out of hospital for neurosurgeries involving a hard-to-access cyst in the pineal recess of her third ventricle. I was able to recite these words as a nine-year-old, and as a ten-year-old, I decided I wanted to be a doctor so that I could fix people like her. The problem was that I also hated hospitals; a normally well-mannered child, I would become hysterical after going to see her. In hindsight, I think that paediatric neurosurgery wards do this to a lot of people and in my case this was certainly caused by a vicarious empathetic response of personal distress. The immense suffering you see on these wards can make a bright day seem sombre, and it takes a special kind of nurse and surgeon to work in that environment day-in-day-out. If these people had not distanced themselves from their patients to a degree, the suffering they witnessed would almost certainly cause significant psychological distress. To preserve the emotional well-being of the medical staff on such wards, coping strategies such as intellectualisation, humour, and team support are essential [8].

There was one moment of kindness in that hospital which remains etched in my mind to this day. My sister was a bright child, and on the day before her surgery, unbeknownst to any of us, she secretly wrote a letter outlining her fears and questions for her surgeon. This man was the extremely busy head of neurosurgery and that morning, as usual, he charged into her room for rounds with his trailing procession of residents hanging on every word. After he had checked her over and turned to leave, my sister in a tiny voice announced she had something for him and thrust a piece of coloured paper at him. It was her list, carefully written out in crayon, of questions she wanted answered, number one being “Am I going to die?” He took it from her hand, glanced quickly at it, frowned, and left the room. My mother was appalled at his perceived indifference, while my father tried to soothe the situation with platitudes about how busy the man was. My sister was quiet and said little. Half an hour later we were surprised by the return of the surgeon, this time alone and with his white coat thrown over his shoulder. He walked in, nodded at my mother, and said to my sister, “Now that we’ve gotten rid of all those yucky doctors, let’s take a look at this list.” For the next ten minutes, he carefully went through each question with her and he told her the truth about everything. She calmly listened, occasionally asking more and when finished he rubbed his hands together and asked, “Are we good to go?” After she nodded, he smiled towards my parents and me and strode out of the room. Whether or not he was motivated by empathy I can only speculate, but it seems likely the surgeon recognised the suffering of my parents and sister and he demonstrated empathic concern: sympathy and compassion for others in response to their suffering. Whatever the case, I am thankful that this man was able to control his emotions without losing his humanity and I can only aspire to one day be able to do so as well.

I will conclude by making a case for using empathy in medicine. Empathy is derived from humanity and according to Hippocrates, “Wherever the art of medicine is loved, there is also a love of humanity” [9]. When a patient feels comfortable with a doctor, they are more likely to come forward with their true feelings and admit to forgetting to take prescription medications or to having sex without a condom, whatever the case may be. It is true that as future doctors we need to protect ourselves from feeling too deeply, but if we forget to open our hearts to the people we aim to help, we will risk losing their confidence altogether. Additionally, quite apart from the physician’s need to take a patient’s history to understand their affliction, the process of telling one’s story can be therapeutic for patients [10] and may help facilitate the healing process. Finally, empathy is beneficial to physicians – other physicians have noted that doctors who are more attuned to the psychosocial needs of their patients are less likely to experience burnout [11].

As for myself, I no longer fear going into the hospital but there are still many days where, as a result of connecting with a patient, I feel the urge to cry on my walk home. I try to balance this by looking forward to the time when, as a doctor, I can improve patients’ lives, just as the neurosurgeon did for my sister. I believe that empathy is a good tool to improve listening and understanding of the patient’s perspective. Ultimately my goal is to have the attributes of an excellent physician and a compassionate human being without letting my awareness of the pain of others pain destroy my soul.

[4] Haque OS, Waytz A. Why doctors should be more empathetic – but not too much more. Sci Am[Internet]. 2011 Apr 25 [cited 2016 7 Jul]. Available from: http://www.scientificamerican.com/article/doctors-and-dehumanization-effect/

[7] Urgent action needed to improve the mental health and save the lives of Australian doctors and medical students [Internet]. Beyondblue.org.au. 2016 [cited 5 Jul 2016]. Available from: https://www.beyondblue.org.au/docs/default-source/media-release-pdf/urgent-action-needed-to-improve-the-mental-health-and-save-the-lives-of-australian-doctors-and-medical-students-october-2013.pdf?sfvrsn=0