Volume 2, Issue 2 of the Australian Medical Student Journal (AMSJ) is scheduled to be distributed in the coming weeks. This being the journal’s third issue, it is a timely juncture to take stock of the articles published to date, stratifying by factors such as article type, article topic, and author university.

The AMSJ has published 86 articles in total: 27 in the inaugural issue, 31 in the second issue, and 28 in the third. The most common article types were review articles (20), feature articles (17), and letters (14) (Figure 1). Figure 2 shows how the proportions of each article type have changed over the three issues. 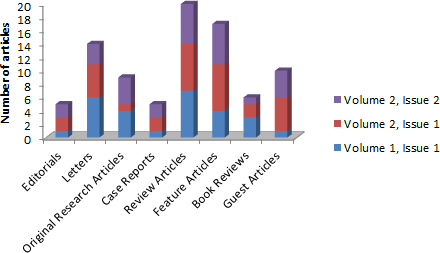 The most common categories of article topic were medical education (13) and general and internal medicine (11) (Figure 3). 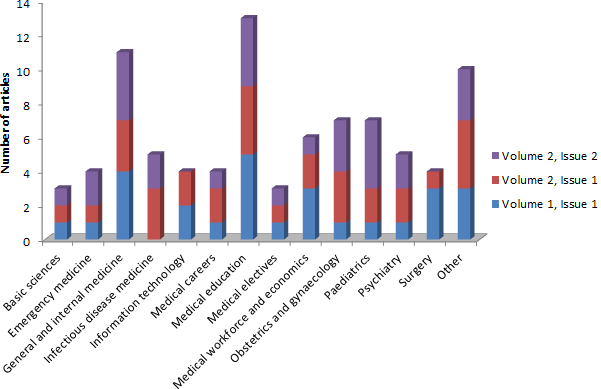 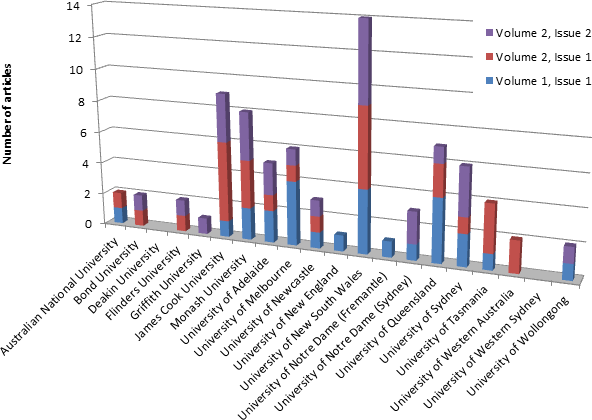 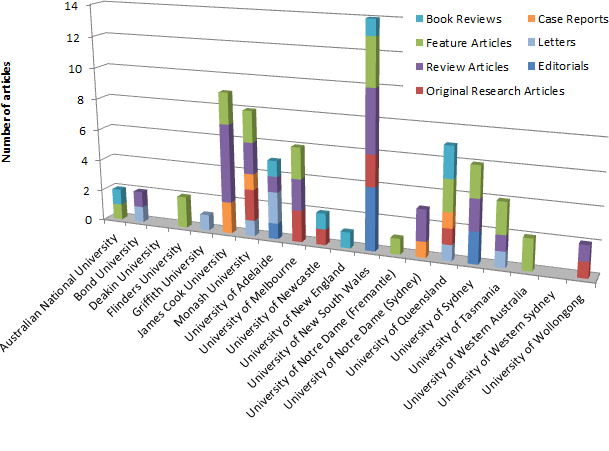 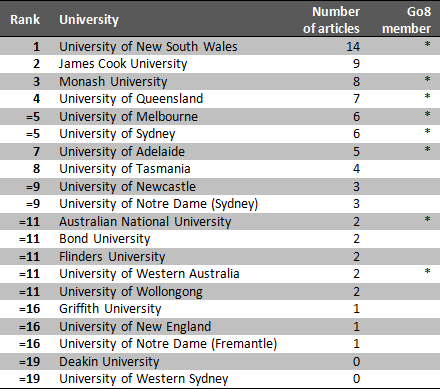 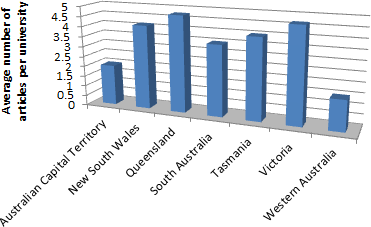 Figure 6: Average number of articles published per university by State or Territory.

In 2011, there are 16,553 medical students enrolled across the 20 medical schools. [1] The AMSJ has published 0.005 articles per student enrolled in 2011, or one article per 192 students. The schools have enrolments ranging from 1797 students (Monash University) to 60 students (University of New England). [1,2] Figure 7 shows the relationship between enrolment and number of articles published in the AMSJ. The relationship is highly significant by ANOVA (F1,18, 20.008; p=0.001). It would appear from this that the size of a medical school influences the likelihood that its students will be published in the AMSJ. The number of articles published per capita for each university is shown in Figure 8. 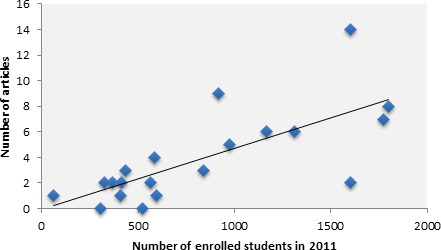 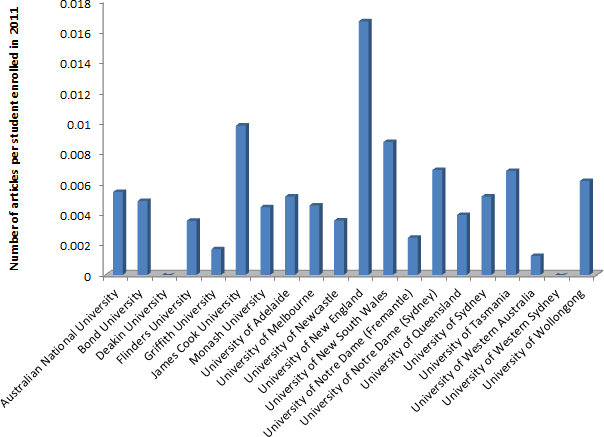 Figure 8: Number of articles published per capita [1] by university.

The Australian Research Council publishes research ratings in eight disciplines for each university. These scores can be averaged for each university to produce an Australian University Research Ranking. [3] Figure 9 shows the relationship between the 2011 ranking scores and the number of articles published in the AMSJ. The relationship is significant by ANOVA (F1,18, 6.193; p=0.023). It would appear from this that the research intensity of a university influences the likelihood that its medical students will be published in the AMSJ. 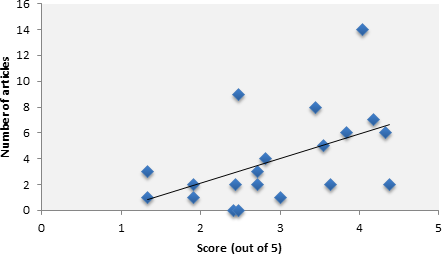 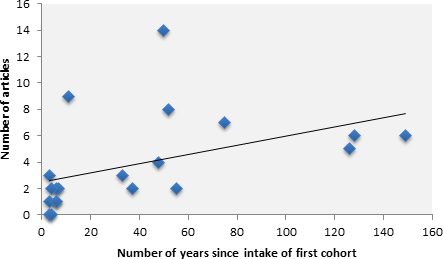 The AMSJ only accepts articles where the primary author is a current university student or medical intern, or where the primary author’s research was largely conducted whilst a university student. The exceptions to this rule are letters and solicited articles. 83 (75.5%) of the AMSJ’s authors were classified as students, while 27 (24.5%) were non-students. Of the non-student authors, eight were letter authors, seven were co-authors with a student as the primary author, and twelve were solicited by the AMSJ. These include three Australians of the Year (Patrick McGorry, Fiona Stanley, and Ian Frazer), a Nobel laureate (Peter Doherty), two Australian federal politicians (Kevin Rudd and Nicola Roxon), and three prominent medical authors (Nicholas Talley, John Murtagh, and Murray Longmore).

What is the purpose of analysing all of this data? As the national journal for medical students, the AMSJ would like to see representation and contribution from all of our medical schools. Hopefully, we can encourage a friendly rivalry between schools and in doing so, increase awareness of the AMSJ and the number and quality of submissions.

Since its establishment in mid-2009 and the release of its inaugural issue in April 2010, the AMSJ has become a truly national publication. It has a staff of around 50 students, spanning all 20 medical schools. [6] It has published articles by students from 18 medical schools and distributes to more than 10,000 students per issue via both print and electronic editions. This is an impressive presence that the AMSJ will try to build upon going forward.