Cannabis is a promising therapeutic agent, which may be particularly beneficial in providing adequate analgesia to patients with neuropathic pain intractable to typical pharmacotherapy. Cannabinoids are the lipid-soluble compounds that mediate the analgesic effects associated with cannabis by interacting with the endogenous cannabinoid receptors CB1 and CB2, which are distributed along neurons associated with pain transmission. From the 60 different cannabinoids that can be found in cannabis plants, delta-9 tetrahydrocannabinol (THC) and cannabidiol are the most important in regards to analgesic properties. Whilst cannabinoids are effective in providing diminished pain responses, their therapeutic use is limited due to psychotropic side effects via interaction with CB1, which may lead to cannabis dependence. Cannabinoid ligands also interact with glycine receptors, selectively to CB2 receptors, and act synergistically with opioids and non-steroidal anti-inflammatory drugs (NSAIDs) to attenuate pain signals. This may be of therapeutic potential due to the lack of psychotropic effects produced. Clinical trials of cannabinoids in neuropathic pain have shown efficacy in providing analgesia; however, the small number of participants involved in these trials has greatly limited their significance. Although the medicinal use of cannabis is legal in Canada and some parts of the United States, its use as a therapeutic agent in Australia is not permitted. This paper will review the role cannabinoids play in providing analgesia, the pharmacokinetics associated with various routes of administration and dependence issues that may arise from its use. 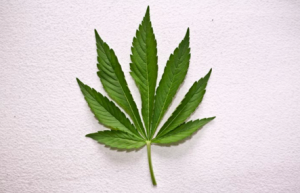 Compounds in plants have been found to be beneficial, and now contribute to many of the world’s modern medicines. Delta-9- tetrahydrocannibinol (THC), the main psychoactive cannabinoid derived from cannabis plants, mediates its analgesic effects by acting at both the central and peripheral cannabinoid receptors.[1] The analgesic properties of cannabis were first observed by Ernest Dixon in 1899, who discovered that dogs failed to react to pin pricks following the inhalation of cannabis smoke.[2] Since that time, there has been extensive research into the analgesic properties of cannabis, including whole plant and synthetic cannabinoid studies. [3-5]

Although the use of medicinal cannabis is legal in Canada and parts of the United States, every Australian jurisdiction currently prohibits its use.[6] Despite this, Australians lead the world in the illegal use of cannabis for both medicinal and recreational reasons. [7]

Although the analgesic properties of cannabis could be beneficial in treating neuropathic pain, the use of cannabis in Australia is a controversial, widely debated subject. The issue of dependence to cannabis arising from medicinal cannabis use is of concern to both medical and legal authorities. This review aims to discuss the pharmacology of cannabinoids as it relates to analgesia, and also the dependence issues that may arise from the use of cannabis.

Medicinal cannabis can be of particular benefit in the treatment of neuropathic pain that is intractable to the typical agents used, such as tricyclic antidepressants, anticonvulsants and opioids. [3,8] Neuropathic pain is a disease affecting the somatosensory nervous system which thereby causes pain that is unrelated to peripheral tissue injury. Treatment options are limited. The prevalence of chronic pain in Australia has been estimated at 20% of the population, [9] with neuropathic pain estimated to affect up to 7% of the population. [10]

The role of cannabinoids in analgesia

Cannabis contains over 60 cannabinoids, with THC being the quintessential mediator of analgesia and the only psychoactive constituent found in cannabis plants. [11] Another cannabinoid, cannabidiol, also has analgesic properties; however, instead of interacting with cannabinoid receptors, its analgesic properties are attributed to inhibition of anandamide degradation. [11] Anandamide is the most abundant endogenous cannabinoid in the CNS and acts as an agonist at cannabinoid receptors. By inhibiting the breakdown of anandamide, its time in the synapse is prolonged and its analgesic effects are perpetuated.

Mechanism of action in producing analgesia and side effects

Cannabinoid receptors also play an important role in the descending inhibitory pathways via the midbrain periaqueductal grey (PAG) and the rostral ventromedial medulla (RVM). [17] Pain signals are conveyed via primary afferent nociceptive fibres to the brain via ascending pain pathways that synapse on the dorsal horn of the spinal cord. The descending inhibitory pathway modulates pain transmission in the spinal cord and medullary dorsal horn via the PAG and RVM before noxious stimuli reaches a supraspinal level and is therefore interpreted as pain. [17] Cannabinoids activate the descending inhibitory pathway via gamma-aminobutyric acid (GABA)-mediated disinhibition, thus decreasing GABAergic inhibition and enhancing impulses responsible for the inhibition of pain; this is similar to opioid-mediated analgesia. [17]

Cannabinoid receptors, in particular CB1, are distributed throughout the cortex, hippocampus, amygdala, basal ganglia outflow tracts and cerebellum, which corresponds to the capacity of cannabis to produce motor and cognitive impairment. [18] These deleterious side effects limit their therapeutic use as an analgesic. Since ligands binding to CB1 receptors are responsible for mediating the psychotropic effects of cannabis, studies have been undertaken on the effectiveness of CB2 agonists; they were found to attenuate neuropathic pain without experiencing CB1-mediated CNS side effects. The discovery of a suitable CB2 agonist may be of therapeutic potential. [19]

Cannabinoids are also important in acting synergistically with non- steroidal anti-inflammatory drugs (NSAIDs) and opioids to produce analgesia; cannabis could thus be of benefit as an adjuvant to typical analgesics. [20] A major central target of NSAIDs and opioids is the descending inhibitory pathway. [20] The analgesia produced by NSAIDs through its action on the descending inhibitory pathway requires simultaneous activation of the CB1 cannabinoid receptor. In the presence of an opioid antagonist, cannabinoids are still effective analgesics. Whilst cannabinoids do not act via opioid receptors, cannabinoids and opioids show synergistic activity. [20] On the other hand, Telleria-Diaz et al. reported that the analgesic effects of non- opioid analgesics, primarily indomethacin, in the spinal cord can be prevented by a CB1 receptor antagonist, thus highlighting synergism between the two agents. [21] Although no controlled studies in pain management have used cannabinoids with opioids, anecdotal evidence suggest synergistic benefits in analgesia, particularly in patients with neuropathic pain. [20] Whilst the interaction between opioids, NSAIDs and cannabinoids is poorly understood, numerous studies do suggest that they act in a synergistic manner in the PAG and RVM via GABA- mediated disinhibition to enhance descending flow of impulses to inhibit pain transmission. [20]

Clinical trials of cannabis as an analgesic in neuropathic pain have shown cannabis to reduce the intensity of pain. [5,22] The most common administration of medicinal cannabis is through inhalation via smoking. Two randomised clinical trials assessing smoked cannabis showed that patients with HIV-associated neuropathic pain achieved significantly reduced pain intensity (34% and 46%) compared to placebo (17% and18% respectively). [5,22] One of the studies was composed of participants whose pain was intractable to first-line analgesics used in neuropathic pain, such as tricyclic antidepressants and anticonvulsants. [22] The numbers needed to treat (NNT=3.5) were comparable to agents already in use (gabapentin: NNT=3.8 and lamotrigine: NNT=5.4). [22] All of the studies undertaken on smoked cannabis have been short-term studies and do not address long- term risks of cannabis smoking. An important benefit associated with smoking cannabis is that the pharmacokinetic profile is superior to orally ingested cannabinoids. [23]After smoking one cannabis cigarette, peak plasma levels of THC are reached within 3-10 minutes and due to its lipid solubility, levels quickly decrease as THC is rapidly distributed throughout the tissues. [23] While the bioavailability of THC when inhaled via smoke is much higher than oral preparations, due to first pass metabolism, there are obvious harmful affects associated with smoking which warranted the study of using other means of inhalation such as vapourisation. In medicinal cannabis therapy, vapourisation may be less harmful than smoking as the cannabis is heated below the point of combustion where carcinogens are formed. [24] A recent study found that the transition from smoking to vapourising in cannabis smokers improved lung function measurements and, following the study, participants refused to participate in a reverse design in which they would return to smoking. [24]

Studies undertaken on the efficacy of oro-mucosal cannabinoid preparations (Sativex) showed a 30% reduction in pain as opposed to placebo; the NNT was 8.6.[4] Studies comparing oral cannabinoid preparations (Nabilone) to dihydrocodeine in neuropathic pain found that dihydrocodeine was a more effective analgesic. [25] The effects of THC from ingested cannabinoids lasted for 4-12 hours with a peak plasma concentration at 2-3 hours. [26] The effects of oral cannabinoids was variable due to first pass metabolism where significant amounts of cannabinoids are metabolized by cytochrome P450 mixed-function oxidases, mainly CYP 2C9. [26] First pass metabolism is very high and bioavailability of THC is only 6% for ingested cannabis, as opposed to 20% for inhaled cannabis. [26] The elimination of cannabinoids occurs via the faeces (65%) and urine (25%), with a clinical study showing that after five days 90% of the total dose was excreted. [26]

The issue of cannabis dependence

A diagnosis of cannabis dependence, according to DSM-IV, is made when three of the following seven criteria are met within the last 12 months: tolerance; withdrawal symptoms; cannabis used in larger amounts or for a longer period than intended; persistent desire or unsuccessful efforts to reduce or cease use; a disproportionate amount of time spent obtaining, using and recovering from use; social, recreational or occupational activities were reduced or given up due to cannabis use; and use continued despite knowledge of physical or psychological problems induced by cannabis. [29] Unfortunately, understanding of cannabis dependence arising from medicinal use is limited due to the lack of studies surrounding cannabis dependence in the context of medicinal use. Behavioural therapies may be of use; however, their efficacy is variable. [30] A recent clinical trial indicated that orally-administered THC was effective in alleviating cannabis withdrawals, which is analogous to other well-established agonist therapies including nicotine replacement and methadone. [30]

The pharmacokinetic profiles also affect cannabis dependence. Studies suggest that the risk of dependence seems to be marginally greater with the oral use of isolated THC than with the oral use of combined THC-cannabidiol. [31] This is important because hundreds of cannabinoids can be found in whole cannabis plants, and cannabidiol may counteract some of the adverse effects of THC; however, more studies are required to support this claim. [31]

The risk of cannabis dependence in the context of long term and supervised medical use is not known. [31] However, some authors believe that the pharmacokinetic profiles of preparations used for medicinal purposes differ from those used for recreational reasons, and therefore causalities in terms of dependence and chronic adverse effects between the two differ greatly. [32]

Cannabis appears to be an effective analgesic and provides an alternative to analgesic pharmacotherapies currently in use for the treatment of neuropathic pain. Cannabis may be of particular use in neuropathic pain that is intractable to other pharmacotherapy. The issue of dependence and adverse side effects including short term memory impairment, mental health problems and if smoked, respiratory diseases arising from medicinal cannabis use is a highly debated topic and more research needs to be undertaken. The ability of cannabinoids to modulate pain transmission by enhancing the activity of descending inhibitory pathways and acting as a synergist to opioids and NSAIDs is important as it may decrease the therapeutic doses of opioids and NSAIDs required, thus decreasing the likelihood of side effects. The possibility of a cannabinoid-derived compound with analgesic properties free of psychotropic effects is quite appealing, and its discovery could potentially lead to a less controversial and more suitable analgesic in the future.