Psychopathy: A disorder or an evolutionary strategy?

Dr. Kylie Cheng BMed
Kylie graduated from the University of Newcastle in 2013 and is currently working as an intern at Campbelltown/Bankstown Hospital. She wrote this letter as a final year medical student. She is interested in mental health and aims to pursue a career in psychiatry. 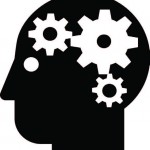 I am writing to discuss an interesting construct in psychiatry often referred to as ‘psychopathy’. In psychiatry there is often
lively debate about how we should classify and define psychopathology, influenced by cultural factors as much as scientific
advances. In this letter I wish to explore the somewhat controversial idea that, instead of being a disease or pathology, psychopathy can be viewed as a natural variant in human personality. In other words, psychopathy may be a phenotype resulting from various adaptive strategies occurring throughout evolution.

Psychopathy is a term describing a particular constellation of personality traits and behaviours, sometimes viewed by the medical community and society as a disorder or pathology. The Hare Psychopathy Checklist, Revised (PCL-R) is the traditional measure used to define and assess psychopathy.

The concept of psychopathy as an adaptive strategy is well discussed by Glenn et al. [4] Unlike schizophrenia and other mental
disorders that are clearly harmful or maladaptive for the individual, psychopathy is not so clear-cut. One can even argue
that the greatest danger of psychopathy is harm to society, rather than harm to the affected individual. Certain traits associated with psychopathy (such as fearlessness and superficial charm) may have been beneficial to the individual in the ancestral environment, existing as a social strategy to increase survival and reproductive success.[4] Even in today’s society, it seems that traits such as fearlessness and low stress reactivity may sometimes help a person to perform well in high-stress occupations (e.g. executive management, politics, military).

Psychopathy may be more common than we expect. The idea of ‘successful’ and ‘unsuccessful’ psychopaths further complicates the pathology vs. strategy debate. Most studies have been unable to find a clear correlation between psychopathy and intelligence. [5] According to Hare, ‘successful’ psychopaths are commonly described as intelligent, successful and high-functioning
individuals, with no criminal convictions and variable integration into society. These individuals are usually more difficult
to identify and study. [6] ‘Unsuccessful’ psychopaths typically describe the cohort encountered in forensic settings, individuals who regularly run into trouble with the law (and are hence easier to identify and study). [6] Consequently, it is this population from whom we derive the bulk of our knowledge and research on psychopathy. If we are only identifying a subset of psychopaths, psychopathy on the whole may be more ubiquitous in society than we think.

Further research is still required into many aspects of psychopathy. Whether the traits associated with psychopathy represent true pathology is still open to debate. Although a diagnosis of psychopathy has the practical benefit of directing treatment in the forensic setting (e.g. towards behavioural change and control therapies instead of empathy and social skills training), [7] the psychopath label carries considerable stigma and possible social, psychological and legal consequences for the individual. An example is the difference in criminal sentencing in certain countries. [8] For personality traits to constitute a disorder
in the DSM-5, there must be significant distress or functional impairment caused to the individual. Although psychopathy
is not a personality disorder in the DSM-5, it is interesting to note that ‘successful’ psychopaths may experience neither of these.

In conclusion, the aim of this article was to put forth an alternative view on psychopathy. Rather than to comment on management or the correctness of any particular viewpoint, I hope to have highlighted some of the complexities surrounding human personality and behaviour through this brief discussion on psychopathy.