The cardiac surgeon, a dying breed?

Dr Saissan Rajendran
MBBS (UNSW)
Intern, Royal Prince Alfred Hospital
Saissan has a key interest in cardiovascular surgery and medicine. The writing of this article stemmed from his own personal interest into the future of cardiac surgery amidst the growth of percutaneous interventions. 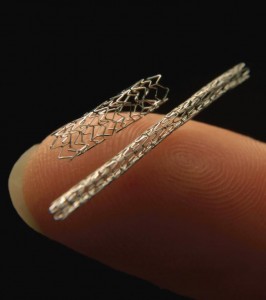 The innovation of the cardiopulmonary bypass machine in 1951 had now allowed surgeons the ability to operate on the heart without any time constraints. It was not soon after that Russian Cardiac Surgeon, Dr. Vasilii Kolesov, had performed the first successful coronary artery bypass surgery. His success and the innovation of the heart valve prostheses had led to the rapid development of one the most glamorous specialities of medicine. Despite this dramatic rise of cardiac surgery there has only been modest technological advances within the field. Although noticeable improvements from the standard operation including arterial grafting, off-pump surgery, small incision surgery and endoscopic conduit harvesting have been made, the reluctance to tamper with original success has meant that only a niche group of surgeons have adopted such modifications. Outside the surgical realm, advances in the anatomic treatment of cardiovascular disease has been dramatic and paramount. Percutaneous transluminal coronary angioplasty (PTCA) has since progressed from primitive ineffective use of balloon angioplasty. New drug eluting stents and strong platelet inhibitors are available for the treatment of cardiovascular disease.

Coronary vascular disease is not the only cardiac entity that is amenable to catheter-based intervention. Indeed the treatment of valvular heart disease has now been attempted percutaneously with successful percutaneous aortic valve implants in patients with significant co-morbidities, unsuitable for surgical intervention, and balloon valvotomy in mitral valve stenosis. [1] Research however is evident that such percutaneous interventions (PCI) are by far inferior to the corresponding surgical approaches. Currently, percutaneous valvular interventions utilise first generation devices and one can be certain that newer devices that are more deliverable, user friendly, efficacious and safer will be available in the near future. Not too dissimilar to exponential growth of PTCA, the impact of percutaneous valvular interventions will soon be apparent. This is undeniably having numerous implications on the future of cardiac surgery. With an aging population and a preference for minimally invasive therapeutic intervention what does the future hold for cardiac surgery? In a study published by the Australian Institute of Health and Welfare, the number of PTCA operations has dramatically increased between 2000–2001 and 2007–2008 with the number of PCIs performed increasing by 57%. [2] Subsequently there has been a 19% reduction in the number of coronary artery bypass grafts performed between 2000–2001 and 2007–2008, from 16,696 to 13,612. [2]

Extrapolation of the above data shows clearly that there will be a reduction in the number of operations performed through median sternotomy. However this route is not obsolete, nor will it be so in the near future. Despite the advances in PTCA, the surgical approach is still required for those with multivessel disease and diabetic vessel disease. Coronary bypass grafting has been an effective strategy in these patients and will continue to be effective.

Treating ischaemic heart disease, has led to another problem of congestive heart failure which is on the rise with 30,000 plus new cases per year in Australia alone. [3] A large percentage of these patients have functional mitral valve regurgitation and are refractory to medical therapy requiring surgical intervention. A limited heart donor pool for transplantation has resulted in heart failure patients requiring other surgical treatments including the use of annuloplasty rings, the Dor procedure, direct remodelling, left ventricular assist and total artificial heart devices. All of which are significant advances in the area of heart failure surgery, improving patient mortality and morbidity. The surgical treatment of atrial fibrillation is another frontier that is in its infancy. The Maze procedure has been associated with conversion rates of up to 99%. This is far superior to the 50% of patients that will sustain a sinus rhythm with percutaneous catheter ablation or medical therapy. [4]

Those within the cardiac field state that there will be a shortage in qualified cardiac surgeons being able to combat high risk cases in the future due to inadequate training consequential of catheter-based intervention. Training programs already have a difficult time providing effective clinical training in many open procedures including valve repair, complex bypass grafts, off-pump surgery and homograft valve surgery. Technological advances will result in a further subspecialisation of the field and move away from the “general” cardiac surgeon. Small volume cardiac surgery hospitals will diminish with the future progressing towards a limited number of superspecialised cardiothoracic surgical institutions centred in metropolitan areas that are able to combat the high risk difficult cardiac cases.

Currently, at the Australian college of surgeon level, there is a push towards a combined vascular and cardiothoracic training program with cardiothoracic fellows already pursuing fellowships in vascular surgery and vice versa as the differing surgical skills required in the two fields will complement each other, better equipping the surgeon with skills to utilise modern technological devices and resulting in an amalgamation of both specialties. Countries outside of Australia, such as Germany, Canada and Japan have always had separate paths for training in Cardiovascular and Thoracic surgery. Perhaps one may see a shift towards these countries in the future.

For those who believe the cardiac surgeon is a dying breed, this is far from the truth and a mere myth. Interventional cardiologists have become more skilled and adventurous with the catheter-based technologies, but they are limited to that one approach. Cardiac surgery will expand as it encompasses newer technologies. The next generation cardiac surgeons will be equipped at complex bypass grafting, heart transplant and congestive heart failure treatment modalities, percutaneous mitral valvular repair and be equipped with endoluminal vascular surgical skills. A change from an individual treatment approach is also required in the field of cardiac medicine, with a multidisciplinary team comprising of both the cardiac surgeon and the cardiologist. At the end of the day, it is the patient’s interest that should be the centre of focus, eliminating conflicts between areas of expertise and allowing the practice of evidence-based medicine.

The author wishes to thank A/Prof C Juergens, A/Prof R Dignan and Mr PP Punjabi for fostering his appreciation of cardiac medicine. Thanks also to Prof PG Bannon and Dr N Jepson from the University of New South Wales