Penicillin allergies: facts, fiction and development of a protocol

Penicillins, a member of the beta-lactam family, are the most commonly prescribed antibiotic class in Australia. Beta-lactam agents are used in a sexual health setting for the management of syphilis, uncomplicated gonococcal infections and pelvic inflammatory disease. Patients frequently report allergies to penicillin, which can be protective but also counterproductive if it does not represent a ‘true’ allergy. Features of a reported reaction may be stratified as either high or low risk, which has implications for both re-exposure to penicillins; but also cross-reactivity to other members of the beta-lactam family such as cephalosporins. We reviewed the evidence surrounding penicillin allergies, in the context of developing a local protocol for penicillin-allergic patients at a sexual health clinic. 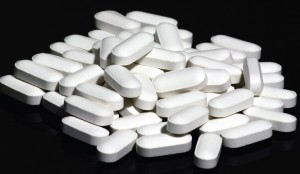 A 27-year-old male is referred to a sexual health clinic by a general practitioner (GP). He presents with a widespread maculopapular rash, fever and malaise for the past four days. Whilst he does not describe any other symptoms, he did notice a painless genital ulcer approximately four weeks ago. The ulcer resolved spontaneously; hence he initially did not seek medical advice. He does not have a stable sexual partner and mentions engaging in several episodes of unprotected sex with both women and men in the previous three months. Secondary syphilis is the suspected diagnosis given the widespread rash and preceding chancre, and testing confirms this with a positive syphilis enzyme-linked immunoassay (EIA) screening test, Treponema pallidum particle agglutination assay (TPPA), and an rapid plasma reagin (RPR) of 1:32. As part of a sexual health screen, he tested positive for rectal gonorrhoea by culture. The treatment regime includes 1.8 g intramuscular benzathine penicillin for syphilis, in addition to 500 mg intramuscular ceftriaxone and 1g oral azithromycin for gonorrhoea, all given as stat doses. Before signing the drug order, the clinician questions about any allergies. The patient mentions having an allergic reaction to penicillin when he was six years old but cannot remember any particular details. What is the plan now?

This case presents a challenging scenario for the clinician. In this article, we hope to outline some of the facts surrounding penicillin allergies, dismiss some myths and provide a systematic approach to aid decision-making, especially in the sexual health setting where there are limited treatment options for gonorrhoea and syphilis.

The beta-lactam family of antibiotics are one of the most commonly prescribed antibiotic classes in medicine. The beta-lactam ring forms the structural commonality between different types of penicillins and this is also shared with other drug classes, such as the cephalosporins and carbapenems.

Penicillin allergy is the most commonly reported medication allergy, either by the patient or medical providers. [1] The implications of this ‘label’ can be either protective or counterproductive. For those patients with a severe previous reaction, such as anaphylaxis, this allergy is important and re-exposure can prove disastrous and potentially fatal. However, for other patients with a minor or inconclusive reaction, not administering penicillin may be denying the patient first-line, efficacious treatment. Additionally, there are concerns that treating patients with alternative agents in this context contribute to the development of resistance, which is of public health concern. [2]

Whilst the use of beta-lactam antibiotics crosses many realms of medicine, this article is written in the context of developing a protocol for the management of patients with penicillin allergy in an urban sexual health clinic. It is not designed to provide guidance outside of this setting, nor to replace existing protocols in other clinical units.

Rationale for a protocol

Management of patients with penicillin allergy requiring beta-lactam treatment was reviewed as part of an overall revision of internal treatment guidelines. Sexually transmitted infections pose treatment challenges whereby certain conditions or patient sub-groups (e.g. pregnant women) have no equally efficacious or appropriate alternatives to penicillins. [3] For example, one acceptable alternative to penicillin for syphilis treatment is to administer oral doxycycline, however the potential harm associated with this treatment (permanent dental staining) contraindicates its use in pregnancy. [4]

Senior clinicians at the sexual health clinic provided the protocol brief in May 2013. This included, but was not limited to: reviewing existing guidelines for the management of penicillin-allergic patients both at a national and international level; reviewing literature about the incidence of penicillin allergy, and cross-reactivity rates in patients with a documented history of penicillin allergy; formulating a protocol, based on existing protocols and evidence which would be applicable for managing patients with a penicillin allergy; designing a flowchart which summarises the protocol in a clear manner, including clear decision making and referral points in addition to an estimation of risk; engaging senior nursing staff and the director to assess the usability and practicality of the protocol; and presenting a draft for consideration to medical and nursing personnel, with subsequent review, endorsement and implementation.

Use of penicillins and cephalosporins for treatment of sexually transmitted infections

Current protocols in the clinic suggest the use of beta-lactam antibiotics as first line treatment for the following conditions, in accordance with national guidelines [5,6]:

This article focuses on the main concern with penicillin allergy, which is the possibility of anaphylaxis, an IgE-mediated (type I) hypersensitivity reaction. However, the clinician should be aware that delayed type hypersensitivity reactions (type IV) can also occur, causing exanthema or other skin eruptions, such as morbilliform reactions. These are not determined by the beta-lactam ring or side chains of the antibiotics, but rather, the ability for a drug to act independently as a hapten and become antigenic in nature. [7] This antigenicity triggers an immune response through interaction with antigen-presenting cells (APC) and T-cells. [8]

The major determinant of anaphylactic reactions to beta-lactam antibiotics is the beta-lactam ring, which is shared amongst the penicillin class, as this binds to endogenous lysine proteins to form a hapten. [9] However, there is also evidence to suggest that an IgE-mediated reaction can occur with the minor determinants of the molecule, which is the R chain (acyl) side group of individual penicillins (Figure 1). IgE binding results in mast cell activation and histamine release, in addition to the release of inflammatory mediators.

Whilst no universal definition exists for anaphylaxis, two commonly accepted definitions in Australia are: (1) the acute onset of illness, with typical skin features (urticarial rash, erythema/flushing, angioedema) plus involvement of one other body system; or (2) the acute onset of hypotension, bronchospasm or upper airway obstruction with or without skin features. [10]

Incidence of penicillin allergy and cross reactivity with cephalosporins
Various early studies suggested the incidence of penicillin allergy to be approximately 2% per course, with anaphylaxis estimated in 0.05% of all penicillin courses. [1] However, a large retrospective cohort study in the UK, which looked at 3,375,162 patients prescribed subsequent courses of penicillin, found a much lower incidence of only 0.18%. [11] It must be noted when quoting these figures that the definition of an ‘event’ in this study did not include asthma or eczema; however, when included, the incidence increased from 0.18% to 9% which makes interpretation difficult as we consider asthma a feature of allergy in Australian definitions. [11]

It is difficult to accurately identify if a trend over time exists in patients having a penicillin allergy. Multiple protocols exist internationally about the diagnosis of penicillin allergy and subsequent testing. [12] Furthermore, an element of bias may be present from both the patient and the clinician as the label of an ‘allergy’ can be highly subjective, and a permanent feature on a health record without subsequent confirmation.

Many early studies have quoted 10% cross-reactivity between penicillins and cephalosporins. [13,14] Unfortunately, these original studies assessing cross-reactivity over three decades ago were flawed, poorly designed open studies, lacking control groups, and have consequently overestimated this figure. [15] Furthermore, it is also postulated that the original manufacturing processes of cephalosporins contributed to inflated allergy rates, due to cross-contamination with penicillin compounds. [15] Since manufacturing processes have been refined, there has been a reduced incidence in cross-reactivity. If studies past 1980 are exclusively considered, a patient with a confirmed penicillin allergy (by positive skin test) will react with a cephalosporin in less than 2% of occasions. [15]

There is further evidence to suggest that there is less cross-reactivity with newer cephalosporins (second generation and onwards). A recent review and meta-analyses have found that third generation cephalosporins, such as ceftriaxone, have a cross reactivity rate of only 0.8% in those patients who are confirmed to be penicillin-allergic by skin testing, compared to 2.9% with older cephalosporins such as cephalexin. [16,17] Furthermore, these papers established that the risk of anaphylaxis due to cephalosporin cross-reactivity is quite small, as there was a higher incidence of anaphylactic reactions to cephalosporins with a negative penicillin skin test, compared to positive skin test patients. [16] This demonstrates that anaphylaxis reactions are often unpredictable.

Assessing the type and severity of penicillin allergy

Evidence suggests that history from the patient, especially when vague or not documented, is insufficient for assessing the degree of penicillin allergy. [18] Furthermore, the potential for allergy changes over time, with 80% of individuals with a documented IgE-mediated reaction having no evidence of reactive IgE after 10 years from initial reaction. [19] Most IgE-mediated reactions occur within seconds (IV administration) or up to an hour if administered orally with food. [20] Reactions outside of this timeframe are less likely to be IgE-mediated.

Hence, when taking a history, specific information should be sought to identify the presence of low- or high-risk features of the previous penicillin-related reaction, and consequently stratify the risk of future allergic reactions to a penicillin or cephalosporin.

Role of the radioallergosorbent test, skin testing and desensitisation for penicillin allergy

In any patient with features of penicillin allergy, there should be consideration of referral for immunological skin testing and/or desensitisation, which can be performed quickly and is cost effective. The radioallergosorbent test (RAST) is more expensive, takes time to analyse and has poor positive predictive value. Desensitisation is performed in a supervised setting, can take 4-12 hours to complete in an acute setting, and results in a temporary reduction in immunogenic potential towards penicillins or associated medications. [21] Immediately following desensitisation, the first dose of penicillin is usually given. It must be noted that penicillin skin testing should also include testing against related beta-lactams such as cephalosporins, as a positive penicillin skin test cannot accurately predict cross-reactivity. [17]

Based on the information outlined, and current existing guidelines, the following recommendations have been derived:

Regardless of what antibiotic is prescribed, routine monitoring is advised as all serious allergic reactions need appropriate medical care. Observation facilities in addition to life support equipment and staff trained in first aid are essential in administering stat doses of antibiotics for the treatment of sexually transmitted infections. Signs and symptoms to look for during the observation period include the following: rash, swelling around the face/tongue/eyes, breathing difficulty, wheeze, vomiting, diarrhoea, abdominal pain, syncope or pre-syncope (low blood pressure), altered consciousness or shock. If any of these features are present or there is concern, refer to the local anaphylaxis and emergency protocols.

Although specific details of the previous allergic reaction could not be recalled by the patient, collateral history from his family suggested an urticarial reaction at the age of seven, with no other systemic features and not requiring hospitalisation. Consequently, the patient was deemed low-risk for a cross-reactivity allergic reaction towards ceftriaxone. He received the original prescribed treatment of 500 mg IM ceftriaxone and 1 g oral azithromycin without any adverse effects, or features of an allergic reaction. To treat his syphilis, he underwent a rapid desensitisation and subsequently received 1.8 g intramuscular benzathine penicillin, with no adverse effects.

[12] Macy E. The clinical evaluation of penicillin allergy: what is necessary, sufficient and safe given the materials currently available? Clin Exp Allergy. 2011;41(11):1498-1501.

[21] Centers for Disease Control and Prevention. Sexually Transmitted Diseases Treatment Guidelines. Management of persons who have a history of penicillin allergy. 2011 January 28.