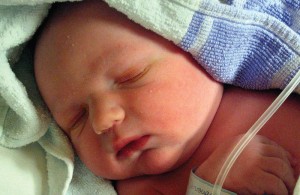 Skin forms a dynamic interface with the external environment and is a complex organisation of cell types and associated structures that performs many essential functions. Although the stratum corneum of full-term neonates is analogous to that of adult skin, structural and compositional differences of the skin renders the newborn more susceptible to bacterial colonisation. Particularly for the preterm neonate, impaired cutaneous barrier function and an immature immune system reduce the capacity to defend against bacterial pathogens. The majority of cutaneous bacterial infections are localised to the skin and are easily treated, however, systemic bacterial infection and disseminated disease in the neonatal period may be life-threatening.

Newborn skin is fundamentally different from that of the adult and adapts to the extrauterine environment during the first year of life through ongoing structural and functional changes. [1] Skin is a complex, selectively permeable membrane that performs a number of roles, including protection from infection and external stressors such as ultraviolet (UV) light damage, temperature regulation, sensation, and physical appearance. Protection against the external environment is primarily due to the most superficial layer of the epidermis, the stratum corneum, and recent advances in fluorescence spectroscopy and electron microscopy have helped elucidate the differences between adult and newborn skin. [1-3] The stratum corneum is a layer of lipid-depleted, protein-rich corneocytes embedded in a matrix of extracellular lipids, resulting from the continuous proliferation of keratinocytes in the basal epidermis. [3] Compared with adult skin, newborn skin produces smaller corneocytes, a thinner epidermis, and an increased density of microrelief grooves (Table 1). [1] The corneocytes of newborns also have a higher degree of irregularity and decreased organisation in both development and subsequent desquamation phases. [2] The change in neonatal skin pH from neutral, at birth, towards a more acidic mantle is also likely to impact on stratum corneum integrity, as incomplete skin surface acidification is linked to variable rates of desquamation. [3,4] Overall, decreased corneocyte size and a thinner, less cohesive stratum corneum has negative implications for skin barrier function, as indicated by increased transepidermal water loss (TEWL) in newborn skin. [5]

Changes in TEWL, skin pH, and sebaceous activity all lead to the creation of a skin environment that promotes colonisation of certain microbial skin flora. [9] Colonisation of resident flora commences at birth, but newborns have a unique skin microbiome profile that develops throughout the first year of life and beyond. [9] The protection offered by resident commensal and mutualistic skin flora in the adult is therefore not immediately present in the newborn, leading to different patterns of subsequent infection.

Skin defences and immune response of the newborn:

Skin has antimicrobial function afforded by the innate immune system and antigen presenting cells (APCs) of the epidermis and dermis, as well as circulating immune cells that migrate into the dermis. This innate system works together with the adaptive immune system to defend against infection. In the newborn, innate immunity is the most important mechanism of defence, as this system is present at birth as a result of pattern recognition receptors encoded by germline DNA. This system responds to biochemical structures common to a number of pathogens, producing a rapid response with no residual immunity or memory. In contrast, adaptive immunity develops slowly and involves specific antigen receptors of T- and B-lymphocytes as part of a system that develops memory for faster successive responses.

Innate immune defences comprise the physical barrier formed by the skin itself, antimicrobial peptides (AMPs), complement pathways, and immune cells including monophages, macrophages, dendritic cells, and natural killer cells. [10,11] While the keratinocytes of the skin are typically considered to be static ‘bricks’ of the physical skin barrier, they are also dynamically involved in immunity by their secretion of cytokines and chemokines, AMPs, and complement components. AMPs secreted by keratinocytes are cationic proteins termed cathelicidins and defensins, and they appear to be particularly important in neonatal immunity, with selective bactericidal activity against common cutaneous pathogens. [12,13] Cathelicidins (LL-37) and beta-defensins (BD-1, BD-2, BD-3) are attracted to negatively charged bacteria, viruses, and fungi and exert their influence by membrane insertion and pore formation. [13] Neonates display higher baseline concentrations of cutaneous AMPs than adults, suggesting a greater role for these proteins in newborn skin defences. In the absence of specific antibodies, pattern recognition receptors such as Toll-like receptors (TLRs) play a pivotal role, with subsequent cytokine production changing with increasing age and correlating to age-specific pathogen susceptibility. [14]

Cutaneous staphylococcal and streptococcal infections cause a variety of clinical presentations depending on site of infection, strain of organism, and neonatal immunity. Impetigo is a superficial bacterial cutaneous infection that may present with or without bulla formation, as described by the conditions non-bullous and bullous impetigo. The bullae of bullous impetigo are invariably due to infection with S. aureus and the subsequent production of epidermolytic toxin, which is also responsible for the widespread bullae and desquamation in staphylococcal scalded skin syndrome (SSSS). Development of resistant strains, overcrowding, and poor infection control have been linked to nosocomial outbreaks of S. aureus and is of particular concern in neonatal intensive care units where neonates are more susceptible to infection. [15]

Both Streptococcus pyogenes and S. aureus are associated with the non-bullous form of impetigo, which presents as an erythematous macular rash before developing eroded lesions with a honey-coloured crust. [16] Isolated staphylococcal pustules and paronychia are also common in neonates. Although mild non-bullous impetigo has the capacity self-resolve, treatment with topical mupirocin and fusidic acid limits the opportunity for disease to persist. [16]

Localised cutaneous S. aureus infection presents with an erythematous vesiculopustular rash that preferentially affects the diaper area and skin folds, coalescing to form large flaccid bullae that rupture easily and appear as honey-crusted erosions. [16,17] Bacteria are present in the lesions, and the infection usually responds to first-line systemic flucloxacillin, which may be used in conjunction with topical fusidic acid. [16,17] Certain strains of S. aureus are associated with epidermolytic toxins, which facilitate pathogen entry beneath the stratum corneum and limit disease to the superficial epidermis. [18,19] The distinct bullae present in bullous impetigo are due to the toxin-induced cleavage of desmosomal cadherin proteins in the granular layer of the epidermis, which are normally responsible for maintaining functional adhesion between keratinocytes. [18] These same toxins are produced in SSSS.

Haematogenous spread of S. aureus is facilitated by inoculation at a distant site such as the conjunctiva, umbilicus, or perineum, and the effects of bulla formation and desquamation are the direct result of circulating epidermolytic toxins. [20] This haematogenous spread results in a widespread infection that is more severe than the localised infection of bullous impetigo. Generalised erythema and skin tenderness are the initial clinical features, with evolution into large flaccid bullae and desquamation of the entire cutaneous surface. The Nikolsky sign is present, where blistering can be elicited by light stroking of the skin. [21] Bacterial cultures of cutaneous lesions are typically negative and S. aureus is only found at the distant sites of infection. Skin biopsy is considered the gold standard of diagnosis and is particularly relevant when considering toxic epidermal necrolysis (TEN) as a differential. In contrast to SSSS, TEN results in subepidermal blisters and keratinocyte necrosis rather than epidermal cleavage and typically involves oral mucous membranes. [20,21] Although biopsy is helpful in providing a definite diagnosis, neonatal biopsies are rarely performed due to the characteristic clinical presentation of both conditions. Despite the apparent polarity of the cutaneous and haematogenous forms of S. aureus infection, a handful of mild SSSS cases have been reported, lending support to a likely clinical spectrum ranging from a mild form to the classic severe disease. [22]

After birth and separation of the umbilical cord, necrosis of the stump is followed by epithelialisation. The healing stump may become colonised, with the exposed umbilical vessels forming a potential portal of entry for pathogenic bacteria. [23] Omphalitis is characterised by stump erythema and periumbilical oedema, with or without discharge, and is frequently due to S. aureus. It is more common in developing countries, and the risk is increased in cases of protracted labour, non-sterile delivery, and prematurity. [23] A recent Cochrane systematic review identified significant evidence to support the use of topical chlorhexidine on the umbilical stump to reduce omphalitis and neonatal mortality in developing countries. However, this benefit could not be demonstrated in developed countries, possibly owing to reduced risk factors for omphalitis. [24]

Infection of the fascia and overlying soft tissues is a rapidly progressive neonatal emergency. Pathogens gain entry by cutaneous breaches such as omphalitis, birth trauma, and superficial skin wounds, with group A streptococci most commonly implicated as the causative organism. [25] Infection may also be polymicrobial, with a combination of organisms detected on wound cultures. [26] The infection follows the fascial plane, causing thromboses in the blood supply to overlying tissues and leading to tissue necrosis, and the skin becomes progressively more discoloured, tender, and warm. [26] While the initial presentation may not appear concerning, neonates rapidly become disproportionately tender and toxic. [26] Necrotising fasciitis has a high morbidity and mortality and requires immediate identification for surgical debridement. [25]

Pseudomonas aeruginosa septicaemia is the most common underlying cause for this cutaneous manifestation, which typically presents with macules that progress via a necrotising vasculitis to form indurated necrotic ulcers with surrounding erythema. [27,28] Prematurity, immune deficiencies, and neutropaenia are the main predisposing factors, but lesions may develop in the absence of immunodeficiency when direct inoculation occurs through a breach in the skin barrier. [28]

The treatment of neonatal bacterial infection depends on the pathogen and sensitivities to antibiotic treatments. In the Australian healthcare setting and internationally, antibiotic resistance poses a growing problem in this ‘post-antibiotic’ era. Methicillin-resistant S. aureus (MRSA) has become increasingly prevalent, particularly in the intensive care setting such as the neonatal intensive care unit (NICU). [29] As colonised neonates are continually admitted, the introduction of many unique sources and various strains over time adds to the ongoing burden and is likely to contribute to difficulties in fully eradicating MRSA from the NICU. [30] Transmission of organisms such as S. aureus most commonly occurs secondary to direct contact with colonised caregivers, and this problem is compounded when hand hygiene and barrier protection is inadequate. Premature infants in the NICU are particularly susceptible, due to their immature immune systems and the increased risk of nosocomial infection with invasive monitoring and frequent healthcare worker contact. [31] The identification of previous treatment with third-generation cephalosporins and carbapenem as independent risk factors for the development of multidrug-resistant Gram-negative bacteraemia in the NICU highlights the issue of antibiotic resistance and underscores the importance of judicious antibiotic use. [32]

Skin is the first line of defence against invading pathogens, and there are a number of unique cellular, functional, and immunological factors that underpin an increased susceptibility to bacterial infection in the newborn. Premature newborns are at particular risk of infection, owing to potential deficits in cutaneous barrier function. Future practice in treating bacterial infections is likely to be influenced by the emergence of multi-resistant strains and may shift the focus toward improved prevention measures.