Opening the “die-logue” about palliation 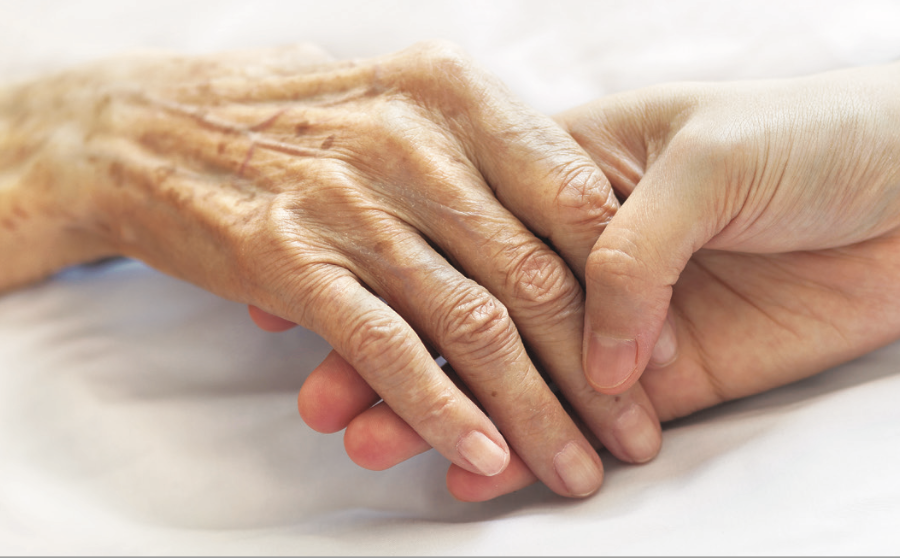 He was just about my age, but his face was pale, his cheeks cavernous, and there was a weariness in his every movement; he was too weak to speak or even swallow well. It was as if he had been drained of all his youth.

We spent the next three hours helping him get through a bowl of porridge, and I will forever remember it. He struggled with every spoonful, and watching that made me sad and angry at life for being so unfair to someone as young as him. There was also an odd sense of relief whenever he did not choke on a swallow, warmth whenever he mustered enough energy to smile at me, and the type of calm you feel when you watch the ocean waves. But instead, I was watching his bony ribcage heave up and down with every breath.

That was the first day of my first job as a teenager, as a carer at St Joseph’s Hospice and Home in Singapore. I continued that job for four years and it inspired me to attend medical school. More importantly, however, those three hours were when I first discovered hospice and palliative care. Or rather, when it discovered me.

Since then, an aging population has become a major demographic trend worldwide and the topic of how to die well has garnered growing attention. Moreover, much focus has been directed to removing the taboo on death, a significant hurdle to the routine integration of palliative care into medicine [1]. As a fourth year medical student now, some deaths have inevitably left their marks on me, leading me to consider whether the palliative care we are offering to patients now really is the best. After all, in death, as in life, quality matters.

One of these deaths was that of a patient, Maggie[1], to whom I had provided care for a long time at St Joseph’s. Maggie was a retired dance teacher. She was chatty and had always proudly shared the stories of her students with me. Even after I left Singapore to attend medical school in Sydney, I would visit her whenever I made a trip back home. Unfortunately, with each visit she grew frailer, and she was eventually placed in a wheelchair, where she was spent most of her time. Her frailty took away much of her independence, but she remained cheerful, nonetheless.

At this time, St Joseph’s had begun working with a Singaporean philanthropic house, Lien Foundation, which conceptualised and pioneered the “Happy Coffin” palliative movement. The antithesis in the name of the movement captures its objective – to transform the coffin from a negative representation of death to a canvas for positive celebrations of life and expression of art. It is part of an initiative to lift the death taboo, encouraging hospice patients to share their lives, dreams, and wishes, which are interpreted and painted on a custom coffin by commissioned artists to liberate mind sets and open the “die-logue” [2]. Maggie was thus enrolled with Happy Coffin.

On my last visit to see Maggie, she showed me pictures of her coffin and described the drawings on them with a bright smile on her face. She said the lively children painted on it – her students – were the pride of her life. She seemed at peace with her condition and I felt genuinely happy for her. This seemed to reinforce what medical school had been teaching me: talking and planning for your death through palliative care really is the gold standard of dying.

A year later, I received news that Maggie has passed on. As one of the pioneer participants of the Happy Coffin experience, her death was highly publicised in the media, where she was positioned as the brave individual who confronted death optimistically, almost as the role model for all future deaths. Indeed, the moral strength of character of a patient who faces up to or denies death is always at stake whenever telling the story of death, and perhaps this is why we are fixated with open discussion of death and palliative integration [3]. They say she had a beautiful death.

However, the news of Maggie’s passing arrived in my first clinical year of medicine, during my oncology placement, a time where I was becoming increasingly aware that not every death is – or can be like Maggie’s.

There were many deaths in oncology, and thus many opportunities for palliative medicine to step in. While there were cases where palliation was seamlessly introduced into the care of terminally ill patients, I also witnessed many instances where palliative care implementation brought much distress and dilemmas in terms of medication choice, truth-telling, autonomy, and other treatment practises. Unlike what I had imagined, many patients were offended whenever death and palliation were mentioned, as some cultures believe that to speak of death is to invite it. In terms of pain management, different patients also had very different attitudes. Most doctors I met genuinely believed that pain relief is always the best option, although this can be quite controversial as many ethnic groups view pain tolerance as a form of strength. I particularly recall a Buddhist patient with staunch Confucian beliefs. Decision-making  for his treatment was relinquished to his children, whose filial piety was, in turn, measured by their perseverance, both financially and emotionally, through curative therapies for their sick parent, even when efforts are futile. Such perseverance was a form of devotion and love. Palliation for this patient was, therefore, almost out of the question. On another occasion, I also observed a family get upset when the doctor had suggested for advanced care directives to be established – they saw it as prolonging autonomy when autonomy was not sought.

This set me thinking about the current model of palliation in medicine.

In medicine, we believe palliative medicine is the gold standard for dying, with the 2014 World Health Assembly prioritising the assimilation of palliative care and death planning into national healthcare systems [4]. The surge in this global palliative movement is understandably so, as palliation offers awareness and open communication,  gradual acceptance of death, provision of pain relief, and continuity of a person’s essence till death in the form of autonomy in decision-making and control in the dying process. Patients who have been palliated thus approach end-of-life with symptomatic pharmacological care, spiritual, and psychosocial relief to them and their family, abundant knowledge of their disease’s natural history to manage expectations, and having their resuscitation status, medical proxies and advanced care directives established. Above all, confronting mortality empowers people to make the most of their time left, view life in wider perspectives, and live life it to the fullest [5].

However, amidst today’s palliative hype, I wonder if the medical community may have created a singular definition of a “good death”, forgetting that this definition may vary for different patients. Maggie’s death was the first death I had encountered in a healthcare setting, and I had the privilege of understanding her and her palliation process; death was openly discussed with her, she had her advanced care directives prepared, curative therapies were stopped in place of symptomatic ones, and as a Catholic, she was attending weekly prayer support sessions from the church associated with the hospice. I saw how comfortable she was even in her last months, and I am convinced that this was the best possible death for her. However, is this enough reason for deaths like hers to be touted as the role model for all other deaths, especially in today’s multicultural societies?

As our world becomes increasingly globalised and culturally diverse, our definitions of a “good” death will also diversify. This will inadvertently lead to provision of inappropriate end-of-life care to patients from diverse backgrounds and cultural misunderstandings. For example, a doctor’s concept of a “good” death, which is likely to be influenced by their culture as well as their personal and professional experiences, may conflict with the desires of the patient [6].

In Australia, while we are a multi-cultural society, our ethical paradigm remains firmly rooted in Western philosophical traditions. This becomes apparent when examining the medical school curriculum- the dominant paradigm through which ethics is being taught is the Western bioethical framework. Medical students are taught to keep diagnoses confidential to the patient only, and to prolong patient autonomy as much as possible. Although, doctors may reflect the diverse cultural demographics of Australia, they are educated to uphold the Western set of ethical principles even whilst caring for patients from diverse cultural backgrounds [6]. Such education might have unintentionally created a culture of marginalising other modes of death in the pursuit of what we were taught is a “good” death.

Perhaps more flexibility in models of end-of-life care might allow us as a medical community to better accommodate the care preferences of people from diverse backgrounds. This can be achieved through a wider appreciation of different cultural notions of death. While it is not realistic for health professionals to understand the breadth of cultural beliefs in relation to illness, it is necessary to have a fundamental level of cultural competence and to understand when, and how, to consult further expertise when caring for people of different backgrounds.

It is as much the professional responsibility of the doctor as it is the moral responsibility of friends and family to ensure that a patient’s death is in line with his/her wishes. Therefore, it really is time to open up this “die-logue” and examine how the different ideals of death seep through our current framework of palliative medicine, to decrease disparity in quality of death delivered to everyone. And who better to lead this “die-logue” than the medical community itself?