In and out in four hours: The effects of the four-hour emergency department target on patients, hospitals and junior doctors 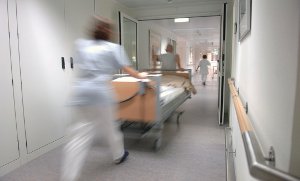 In the eyes of the general public, a hospital’s Emergency Department (ED) is synonymous with overcrowding and tedious waiting. Keen to change this, last year, at the meeting of the Council of Australian Governments, the states ratified a National Partnership Agreement on health reform. One controversial outcome of this agreement was the four-hour National Access Target (NAT), which requires that all patients that present to EDs will need to be admitted, discharged or referred within four hours, if clinically appropriate. [1-3]

The new targets are currently being phased in, beginning with life-threatening triage 1 cases, but the true impact of the plan is unlikely to be felt until 2015, when non-urgent triage 5 cases will also be required to meet the target. Under the terms of the agreement, if 95% of patients within a particular Australian state are seen within the four hour target, that state will be awarded extra funding out of a national pool of $250 million over the next four years. [2]

The introduction of the NAT has been met with several questions. Does putting a time limit on patients in the ED jeopardise their safety due to rushed management decisions? Is it realistic that this target can be met when there are so many factors impeding efficient patient assessment? How will you be affected when you work against the clock in the coming years?