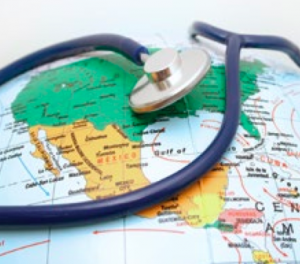 International medical electives (IMEs) are rapidly growing in popularity. A recent study by Law and colleagues [1] conducted across Australia reported that 53% of graduate entry program students and 35% of high school entry students undertook IMEs, of which just over half were in developing countries. In some medical schools the majority of students head overseas for their electives. [2] This phenomenon is not restricted to Australia; in the United Kingdon (UK) and United States (US) roughly 40% of students reported having spent some time in developing countries. [3,4] Many universities across Australia now have global health interest groups, and an increasing proportion of graduating medical students report having some experience in overseas health. [4] Traditionally, these electives are unstructured and arranged on an ad hoc basis between local partners and medical students.

There are undeniable benefits to practicing medicine in an unfamiliar, foreign setting. Students often describe IMEs as one of the highlights of their time at medical school, and it can be an opportunity for unparalleled personal and professional development. On a personal level, students report increased confidence, broadened perspectives, increased cultural competence, and improved communication skills. [5] Professionally, students benefit from being exposed to uncommon conditions and the opportunity for more hands-on experience. [6,7] IMEs also have the potential to influence future practice, with students more likely to enter public service, serve underprivileged populations, and participate in volunteering. [8,9]

However, the results of the aforementioned studies have to be interpreted with caution. Unlike other aspects of the medical course, IMEs tend to be student driven and lack a structured curriculum. Therefore many of the outcome measures are highly subjective and were assessed with unvalidated questionnaires. Given the observational nature of these studies, it is difficult to establish a causative relationship between IMEs and outcome measures. There is also the potential for selection bias (for example, where IME participants were chosen based on their commitment to global health) and publication bias in this area. [8,10] Given the subjectivity of the current literature, it remains unclear if there are indeed any long-term benefits for medical students.

Of note, much of the research on IMEs has revolved around medical students from OECD (Organisation for Economic Cooperation and Development) nations instead of host institutions or patients. Given the short term, transient nature of many IMEs, it seems unlikely that there will be any long term benefits to the local institution. There is potential for limited, temporary benefits such as increased supply of resources, incorporation of new teaching ideas, and positive support from local communities. [5] However, even this can turn out to be a double edged sword, as local institutions develop reliance on visiting medical students. Furthermore, there are cases where the donated equipment end up draining more of the hospitals resources in the long run, or are unable to be maintained. This is not to say that there are not examples of IMEs that have had a positive impact. [11] However, these programs tend to be structured, continuous partnerships between hosts and visiting students with a clear long-term goal.  Unfortunately, the vast majority of IMEs lack such a structure.

A significant proportion of IMEs involve students from developed countries heading to less developed countries. These include pre-clinical students with little to no practical medical training. As students they require proper supervision and this puts added strain on already scarce resources in developing countries. In addition to this problem, many students perceive electives as a holiday, tending to be ill-prepared both culturally and medically for the experience. [3] In worst case scenarios, the student may be placed in a position where he expected to take on the role of a qualified physician and is given responsibility for their own patients. [12] There are several reports in the literature of junior medical students being asked to participate in potentially risky procedures such as lumbar puncture and tubal ligation. [13] Students often try to rationalise this by adopting a utilitarian viewpoint, arguing that no one would look after these patients if they did not step up to the plate. The moral boundaries in these situations are vague and to date there are few established guidelines. However medical students must bear in mind that practicing beyond one’s competency is a serious breach of medical ethics. Students risk doing more harm than good, particularly when they may not be fully aware of the complexities associated with unfamiliar medical conditions and treatments.

To further aggravate this problem, patients in developing countries tend to be vulnerable and greatly disadvantaged. The risk of students developing their skills at the expense of vulnerable patients is a very real one that is probably under-reported in the literature. [14] Anecdotally, we often hear of medical students speak proudly about having been able to perform surgeries or risky procedures on their own with little supervision. There is often a lack of critical reflection surrounding this phenomenon, and clear ethical guidelines should be developed for students.

The motivation behind IMEs is slowly evolving. Traditionally, altruistic reasons were often quoted as the driving factor in medical students pursuing IMEs where students had a genuine interest in serving resource poor areas. [15,16] However, gaining a competitive advantage with the increasing demand for experiences in developing countries has become an important motivating factor. Global health programs look good on a CV and with training programs becoming more competitive, the proportion of students participating in IMEs for this reason will increase.

The threat to medical students’ well-being during electives is often an aspect that is overlooked. Medical students are often drawn by the sense of adventure, opportunity for travel, and the chance for a unique experience different to that back home. At the turn of the century, there was strong concern due to the lack of preparation by visiting British medical students to areas with a high prevalence of HIV. [17] There are often reports of a range of infectious diseases, ranging from schistosomiasis, thyphoid fever, malaria, and dysentery. [2] Literature now demonstrates that adverse events go beyond the risk of HIV and other infectious diseases. Deaths and serious injury have occurred due to risks associated with overseas travel (such as road traffic accidents), suicide, crime and political issues. [18] Aside from physical harm, psychological trauma has also been reported. [18]

Numerous studies encourage pre-departure training as a way to increase awareness of  ethical issues, encourage critical self-reflection, and practical preparation. [13,19] In spite of the physical dangers and ethical dilemmas that are sometimes posed by IMEs, studies have shown that basic practical and ethical preparations for students travelling abroad was low. [20] Only three quarters of Australian medical schools offer pre-departure training, however only half of these are mandatory. [1] The average duration of pre-departure training was 4.7 hours. Only half of Australian medical schools offered post-elective debriefing, out of which roughly half was mandatory. [1] The average duration of post-elective debriefing was 1.2 hours. [1] Medical schools have a duty of care towards medical students and it seems surprising that there is a significant lack of preparation for what is often a unique and unusual experience.

With the increasing ease and affordability of international travel, IMEs will continue to have a growing appeal to medical students. However there is a dangerous lack of critical thought and reflection in terms of the ethical aspect of IMEs, as well as the possible threat to student well-being. Given the strong consensus in the literature for more structured global health education, medical schools should consider developing training programs aimed at enabling students to conduct considered, structured and sustainable IMEs.

Saion Chatterjee for his assistance and feedback in editing the draft manuscript.