What comes next after #interncrisis?

Dr. William Milford
MBBS
Michael is a past President of the Australian Medical Students’ Association and past Chair of the AMA Council of Doctors in Training. He currently works for the Royal Australian Navy.

William is currently completing Obstetrics and Gynaecology training in Queensland. He is actively involved in lobbying for postgraduate training places through roles on many professional and government committees. 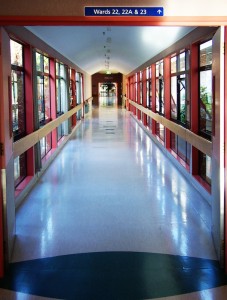 Will last year be a turning point or just another chapter in the saga of medical workforce planning in Australia? The story, so ably publicised by the high profile grassroots #interncrisis campaign, [1] AMSA and the AMA, covered the lapse of planning by jurisdictional health authorities to provide graduates from Australian medical schools with internships. [2]

The reality was significantly more complex and will pose broader questions about the entire medical education continuum. As with many arguments in health, the complexity arises from the divide in funding, and therefore in control, of different levels of medical training.

Medical graduate numbers have increased by more than 200% in the last decade. [3] This increase was fuelled by both increases in Commonwealth supported places, and the unregulated expansion in international student numbers by many universities to cross-subsidise programs. Between 2003 and 2011, vocational medical training places have more than doubled in order to accommodate this growth. [3] However, capacity at all levels has supposedly been reached, with state and territory governments, who fund post-graduate training, now unwilling to match ongoing graduate increases. This has resulted in not only the well-publicised intern crisis but also a lack of post-internship prevocational positions in Queensland and the ever-increasing competition for specialty training places nationally. The disconnect between national and state medical workforce goals has never been clearer.

The crisis has far deeper themes than the simplistic media message typified by statements such as ‘unemployed doctors driving taxis’. As shown with the recent deployment of 60 regional internships, funded by the Commonwealth Department of Health and Ageing, bonding mechanisms are being used to attain better workforce geographic distribution. The ultimate prize is solving the chronic maldistribution of the medical workforce, both in terms of location and specialty. The goal is to create a sustainable medical workforce capable of delivering quality health care to the broader Australian community.

The events occurring at the end of 2012 contrast the conflicting goals of the Commonwealth with those of the states and territories. The Commonwealth Government considered the bigger picture of medical workforce reform and sought to retain the graduates of Australian medical schools, and yet was thwarted by the brinksmanship of the states and territories. The creation of additional medical internships was welcomed but ultimately, given the late hour, saw little uptake, as graduating students activated other plans. This was an opportunity missed but not one that should be forgotten as a new cohort nears graduation. The potential to partner with the private sector to open new pathways for training at both the prevocational and vocational levels is obvious, but, as always, will require funding.

It is clear that states and territories are planning and investing only for their own immediate need, and forgoing the potential of meeting Australia’s medical workforce requirements for short-term budgetary reasons. These decisions will have real world consequences including limiting accessibility to core services, leading to poorer health outcomes and unnecessary hospital admissions, particularly for those already disadvantaged, especially by distance. [4]

There is abundant evidence to support the employment of all Australian medical graduates. Health Workforce 2025 modelled the future health workforce required for Australia and proposed a number of possible futures. [5] In the baseline scenario, based upon current graduate trends, Australia will be short of more than 2000 doctors by 2025. The geographic maldistribution of the medical workforce and poor alignment of training pathways to the health requirements of the community is anticipated to further amplify perceived shortages.

We agree that Australia’s medical training system must change. Coordinating internship allocation at a national level, addressing the bottlenecks of entry into specialty training, and ensuring that community need shapes the medical workforce is just the beginning. Students and doctors-in-training also have an integral responsibility for creating a balanced, responsive medical workforce in their choices of specialty and location of training and practice.

Some action is already underway, with jurisdictions agreeing to the creation of the National Medical Training Advisory Network, but this will not be a panacea. Standing Council on Health meetings need to move beyond perpetuating the blame game, and create a timetable for reform while opening a discourse to consult meaningfully with the profession.

Innovative solutions to training issues must be influenced and informed by the experiences of students and doctors-in-training if they are to have the intended impact on the future medical workforce. Moreover, as the issue descends on states, ensuring that members of parliament are aware of the issues and their implications for the future of health service delivery will be a key opportunity for students to support long-term reform.