See no evil, hear no evil, speak no evil: Tanzania’s struggles with the HIV epidemic

Michael Weightman
Honours Year Medicine (Undergraduate)
University of Adelaide
Michael has an interest in global health and has recently returned from a medical elective at the Machame Hospital in northern Tanzania. 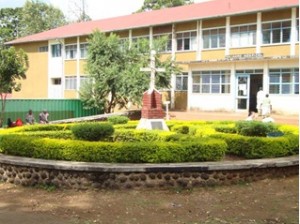 Nestled on the south-eastern slopes of Mt Kilimanjaro in Northern Tanzania, the sprawling village of Machame emerges from the surrounding rainforest. This village is home to the Machame Hospital, where I was fortunate enough to undertake a month-long elective before commencing my final year of medical school. This elective was a challenging, yet enriching experience, and helped me gain a glimpse into some of the major public health issues affecting the country.

The century-old Machame Hospital is a 120-bed facility that provides essential healthcare to over 150,000 people from the surrounding area. Although severely under-resourced, the hospital was a bustling hive of activity that provided me with a taste of Tanzanian medical, surgical and obstetric services. The locals were exceptionally friendly and welcoming and I was able to get involved in all aspects of hospital functioning including attending clinics, contributing to ward rounds, assisting in surgery and conducting outreach clinics in the community.

Throughout my time there it quickly became apparent that the gravest problem facing the community of Machame, as with much of Tanzania, is that of HIV/AIDS. Indeed, the most recent epidemiological data estimate the national adult prevalence to be 5.7%. [1] This figure, however, is likely to be an underestimation given the prevailing social stigma associated with being HIV-positive and the resultant reluctance of people to come forward for testing.

In Tanzania, HIV is a dirty word. Many of the doctors and health workers were loath to refer to it by name (virusi vya ukimwi or VVU in Swahili), especially around patients. It was often alluded to by euphemisms, becoming the great unspoken problem. Many Tanzanians have a very poor understanding of its natural history or transmission and this engenders great fear, especially as many have witnessed the devastating effects of the disease firsthand. [2,3] When it comes to HIV, unfortunately many Tanzanians really do ‘see no evil, hear no evil, and speak no evil.’

Machame Hospital’s HIV clinic was housed in a little hut ten metres from the main hospital complex itself – an apt demonstration of the social segregation of AIDS sufferers. Accommodating patients with HIV within the main facility may discourage others from presenting for fear of contracting the condition while in hospital. The locals were also worried about being sighted at known HIV treatment or testing locations for fear of social repercussions. The building was instead known as the Centre for Disease Control, a deliberately ambiguous name that enabled patients to attend appointments without fear of being stigmatised as a carrier.

During my elective I also had the opportunity to assist with HIV screening using finger-prick antibody testing. Under the auspices of a general clinic, we would travel to different locations around the village and set up a consulting area. It almost seemed that an unspoken agreement existed between the patients and medical staff to ensure HIV testing was conducted surreptitiously, with the testing area tucked away up the back and never mentioned by name. This made the process all very secretive, ensuring that full, informed consent was often overlooked. Despite this, many seemed to know what was going on and, fortunately, people from the village willingly came forward to be tested.

I met numerous patients during my elective but the most confronting case I saw was that of a two-year-old boy infected with HIV. The child’s mother had already died from complications of AIDS and the grandmother, distraught and surfeited, had brought him in asking for an ‘injection to kill her baby’ because she could no longer bear to see him so sick. He had already lost 30% of his 10kg body weight within the last month and cried throughout the whole consultation. Apart from being deeply tragic on a human level, seeing patients such as this made me frustrated as this situation might have been prevented. Perhaps the greatest tragedy of medicine in the developing world is when medical knowledge exists to provide a solution, but is not implemented due to a lack of financial or educational resources.

Fortunately, there were also many uplifting cases that did highlight the tangible benefits of effective medical therapy. One 38-year-old presented to the hospital with a paltry CD4 count of 1 (the normal adult range being between 500 and 1,300 cells per microlitre [4]). He was commenced on anti-retroviral therapy and is now doing well, able to again provide for his wife and son.

There are certainly many challenges that Tanzanian health authorities continue to face in the fight against HIV/AIDS.

Firstly, the lack of health resources in the country limits the capacity for investigations. For example, in Machame it was not possible to measure HIV viral loads, a test routinely performed in Australia to monitor disease progress. CD4 counts alone stand as the only available measure of treatment efficacy. Secondly, patients perceive little incentive to continue taking anti-retroviral medication if they do not feel that it is improving their well-being, as the notions of prevention and maintenance therapy are generally poorly understood. This generates significant compliance challenges that undermine the delivery of treatment.

For its part, the government provides all HIV medication free of charge. Although this is an excellent initiative, it makes the reluctance of people to get tested and treated harder to fathom, especially considering the effectiveness of pharmacotherapy. For example, the rate of vertical transmission from untreated mother to child is 25-35%, but this can be reduced by up to two-thirds with Highly Active Anti-Retroviral Therapy during pregnancy and six months of breastfeeding. [5]

Thirdly, the considerable social stigma and widespread reluctance to discuss HIV act as a significant barrier to primary and secondary prevention strategies. Public education about HIV/AIDS is severely limited and it is difficult to counsel patients about preventing transmission of the illness when sex remains a taboo subject. Many people are tragically unaware of the role of unprotected heterosexual intercourse in spreading infection, in spite of it being the most common mode of transmission. [1]

There is also an issue of protection for health care workers. I noticed a marked contrast in attitudes towards personal safety and infection control between my time in both the Australian and Tanzanian systems. In Australia, additional precautions are taken for patients with diseases like HIV. Such measures include isolating infectious or immunodeficient patients, collection and incineration of contaminated medical waste, use of personal protective equipment and safe handling of sharps. None of these methods were routinely observed to be practiced during my time in Tanzania and it raised concerns about the rate of potentially preventable transmission amongst hospital staff. Indeed, a recent study of two other Tanzanian hospitals found that nearly half of all healthcare workers experienced at least one occupational injury, such as a needle-stick injury, over a twelve-month period. [6] Clearly, efforts need to be made to improve safety procedures and staff awareness.

Overall, reducing the impact of HIV will depend on multiple approaches with a focus on adherence to treatment, early testing and mitigation of high-risk behaviours. Such improvement can only be achieved through education and good public health initiatives.

My time in Tanzania as an elective medical student proved to be a humbling and eye-opening exposure to global health, with a particular focus on HIV/AIDS. By far the most incredible words I have ever learnt to say are hakuna shida, as this was the Swahili phrase I used to inform patients that their HIV test was negative. People were so pleased to hear this that several patients cried with joy or hugged me upon learning the good news. In a beautiful moment of symmetry to my previous HIV clinic, I saw another lady accompanying her grandchild who had lost his mother to AIDS. This time the boy was negative and, upon hearing this, the grandmother burst into joyous tears. These experiences have helped change my perspective on medicine and what I take for granted in Australia. I look forward to potentially returning in the future and to help get people talking about HIV.

I would like to thank the Insight Global Health Group for providing financial support for this elective through the Insight Development Grant.

I especially want to acknowledge the significant contribution of colleague Justin Mencel, who undertook the elective with me and helped organise it. Additionally, I would like to recognise the warmth and generosity with which we were welcomed by the whole community, in particular by Hospital Patron Mr Edward Mushi.