The influence of vitamin D on cardiovascular disease 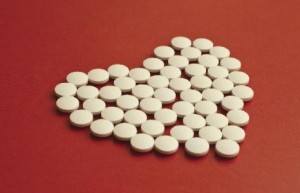 Background: Vitamin D is essential for many biological functions in the body. Populations that are deficient in vitamin D have increased cardiovascular morbidity and mortality. Current research is controversial, and the evidence base is still developing. This review looks at the interaction between vitamin D levels and cardiovascular disease, including the major cardiovascular risk factors – diabetes, obesity, hyperlipidaemia and hypertension. Methods: A literature review was undertaken through MEDLINE / PubMED / Ovid / Springerlink / Web of Science databases. The terms, “vitamin D”, “vitamin D deficiency”, “cardiovascular risk”, “cardiovascular disease”, “structure”, “function”, “ergocalciferol”, “cholecalciferol”, “calcitriol”, “vitamin D receptors”, “1α-hydroxylase”, “diabetes”, “obesity”, “hypercholesterolaemia”, “hyperlipidaemia” and “hypertension” were used. Sixty-eight articles were selected and analysed, with preference given to studies published in English and published within recent years. Results: There is a correlation between adequate vitamin D levels and type two diabetes mellitus, but limited research to support this. Obesity, physical inactivity and elevated circulating lipids are more common in vitamin D deficiency. These relationships have not been shown to be causal. Some studies have shown an inverse correlation between hypertension and vitamin D levels, while others have shown no relationship. Conclusion: The studies analysed show there is limited evidence to suggest that cardiovascular disease may be prevented by adequate vitamin D levels. There are few well-designed studies that demonstrate the relationship between the cardiovascular risk factors – diabetes, obesity, hyperlipidaemia, hypertension, and vitamin D. Further research is needed to clarify the infl uence of vitamin D on cardiovascular disease.

What is vitamin D, and how do you get it?

Cholecalciferol, also known as vitamin D3, is a 27-carbon molecule derived from cholesterol. [2] It is available through diet and through synthesis in the skin. [1] 7-dehydrocholesterol found in skin is converted to previtamin D3 following exposure to ultraviolet B (UVB) light. Previtamin D3 is unstable and breaks down to vitamin D3. This binds to vitamin D binding protein (VDP) and is delivered to the liver and other sites of action via the circulatory system. [3,4] Vitamin D levels are regulated in the body in a number of ways. While exposure to UVB radiation causes vitamin D3 production in the skin, excessive exposure to sunlight degrades it into inactive photoproducts. [5]

Ergocalciferol, also known as vitamin D2, is a 28-carbon molecule produced by irradiation of ergosterol found in plant and fungi, which is available through diet. [2,4] Vitamin D2 and D3 (available via diet) are absorbed with fat in the gastrointestinal system into chylomicrons, which are delivered to the liver or storage sites outside the liver, such as adipose tissue. [1]

The liver converts vitamin D3 to biologically inactive 25-hydroxyvitamin D3 (calcidiol). This is converted to biologically active 1,25-dihydroxyvitamin D3 (calcitriol) under the infl uence of renal 1α-hydroxylase predominantly in the kidney. [5,6] 1α-hydroxylase is under the control of parathyroid hormone (PTH). Calcitriol is regulated by negative feedback on itself, by increasing production of 25-hydroxyvitamin D-24 hydroxylase. This enzyme catabolises calcitriol to its biologically inactive form, calcitroic acid, which is excreted in the bile and urine. Other factors such as serum phosphorus, calcium and fibroblast growth factor 23 (FGF-23) can increase or decrease production of calcitriol. Increased serum calcium levels reduce PTH, causing down-regulation of 1α-hydroxylase, reducing calcitriol, and therefore calcium levels. [5,6] A simplified diagram of the biological function of vitamin D is outlined in Figure 1.

1α-hydroxylase is the rate-limiting step in production of calcitriol. Although calcidiol is the most abundant form of vitamin D in the blood, it has minimal capacity to bind to vitamin D receptors (VDRs). 1α hydroxylation of calcidiol to calcitriol causes vitamin D to gain affinity for VDRs. [7] In recent years, 1α-hydroxylase has been found to exist at many extra-renal sites. The role of extra-renal vitamin D activation remains controversial, but may play a role in the hypothesised actions of vitamin D. [8]

VDRs are found in almost every cell in the body. Calcitriol actions occur through intracellular receptors and interaction with DNA via the classic steroid pathway. These receptors were originally thought to regulate genes responsible for regulation of serum calcium and phosphate. [1] More recently, they have been found to regulate transcription in many tissues and cells, including immune cells, bone marrow, skin, muscle and intestine. [1,9]

The majority of evidence for the role of vitamin D in cardiovascular disease (CVD) has arisen from studies involving patients with end stage renal disease. Cardiovascular mortality is ten to twenty times higher in patients undergoing dialysis. [16] In patients using dialysis, the risk of death from CVD can be reduced with vitamin D replacement. [17,18]

Mechanisms for cardiovascular risk reduction with vitamin D supplementation include the inhibition of smooth muscle proliferation, the suppression of vascular calcification, the down-regulation of inflammatory cytokines, the up-regulation of anti-inflammatory cytokines, and the negative regulation of the renin-angiotensin-aldosterone system (RAAS). [21-26] Inappropriate stimulation of the RAAS is associated with hypertension, myocardial infarction and stroke. [14] Calcitriol treatment has been shown to reduce blood pressure, renin activity and angiotensin II levels. [27] The effects of vitamin D deficiency on the cardiovascular system are outlined in Figure 2.

A systematic review and meta-analysis looked at the relationship between the naturally occurring level of vitamin D and cardiometabolic disorders including CVD, diabetes and metabolic syndrome. [28] Twenty-eight studies were selected, including nineteen crosssectional studies, three case-control studies and six cohort studies, analysing 99,745 patients. [28] High vitamin D levels were associated with a 43% reduction in cardiometabolic disorders. [28] There was a significant association between high levels of vitamin D and risk of having cardiovascular disease (33% reduction), type two diabetes (55% reduction) and metabolic syndrome (51% reduction). [28] Vitamin D supplementation has been shown to have a protective effect in limited studies of CVD, but further research is needed. [29]

Insulin resistance has been associated with low serum vitamin D, which improved after treatment with vitamin D. [30-36] One study demonstrated a positive relationship between calcitriol and insulin sensitivity, and a negative effect of vitamin D deficiency on beta cell function. [12] These studies are limited by small sample size, subject selection and lack of randomisation. However, there was a clinical correlation and it is worthwhile investigating further the possibility of improvement in insulin sensitivity with vitamin D supplementation. Serum blood sugar levels and prevalence of type two diabetes mellitus increases with age, and vitamin D levels tend to fall with age. [37,38] Type two diabetes is associated with systemic inflammation, which may induce beta-cell dysfunction and death. [39] Several studies show that vitamin D could directly affect beta-cell growth and differentiation via modulation of systemic inflammation and the immune response. [39-42] One of these was a double-blinded 39-week follow-up study of interleukin-1 blockade with anakinra. [40] Although being limited by small sample size and limitations in subject selection, the study showed improvement in markers of systemic inflammation 39 weeks after treatment withdrawal. [40]

Studies have shown that high body mass index (BMI) is associated with low serum vitamin D levels. [46] Vitamin D is fat soluble and readily stored in adipose tissue. [1,47] Sequestration of cholecalciferol in adipose tissue reduces bioavailability in obese individuals. [1,48,49] The distribution of fat may be associated with vitamin D status, but this relationship may be dependent on metabolic factors. [49]

A large, prospective study of the modifiable predictors of vitamin D status was conducted using 2,621 healthy individuals aged 55-74 in the USA. [46] Predictors of low vitamin D status were found to be low dietary vitamin D intake, BMI > 30kg/m2, physical inactivity and low milk and calcium supplement intake. [46] There is an inverse relationship between apolipoprotein A-I and high density lipoprotein cholesterol with vitamin D levels in a survey of 358 Belgian people. [55] This relationship was not shown to be causal, but further research is warranted to see if vitamin D provides this cardioprotective link.

Vitamin D may regulate blood pressure via an interaction with the RAAS, which is often activated in hypertension. Calcitriol is a known negative regulator of the RAAS. [11,21] The effects of vitamin D on the suppression of renin activity may be due to increased intracellular calcium levels. [62] It is hypothesised that vitamin D regulation of renin is independent of calcium metabolism, by regulating renin mRNA production with VDRs. [11] This study was completed using a line of cells derived from transgenic mice kidney tumours. [11]

Dr Ruan Lakemond, for his kind assistance in proof-reading this article and technical support. Prof Rick Jackson, for his generous support and help finding a suitable topic.