Jovita Dwivedi
Fourth Year Medicine (Undergraduate)
James Cook University
Jovita is a fourth year medical student (2011) from James Cook University with a great interest in research, mainly in the field of paediatric cardiology. She aspires to undertake an Honours project in the field of cardiology. After moving to the tropics and seeing cases of Rheumatic Heart Disease, Jovita became highly passionate in looking at its prevention. She believes that Rheumatic Heart Disease is still an important issue that should not be forgotten. 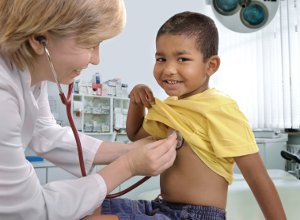 Rheumatic heart disease (RHD), an autoimmune reaction to an infection of rheumatogenic group A streptococcus bacteria, is characterised primarily by progressive and permanent heart valvular lesions, although other parts of the heart may be affected. Despite an overall decrease in the incidence of RHD in developed countries, it remains a pertinent health issue with high rates in developing countries and amongst certain Indigenous populations in industrialised countries. Primary, secondary and tertiary strategies for the prevention of rheumatic heart disease exist, as do numerous barriers to such strategies. A review of the literature, incorporating its epidemiology and pathophysiology, demonstrates that interventions at various stages of the disease may reduce the collective burden of disease.