Medical degrees being priced out of reach

A/Prof Brian K. Owler MBBS BSc(Med)(Hons) PhD FRACS President of the Australian Medical Association
A/Prof Brian K Owler is the President of the Australian Medical Association (AMA) and represents surgeons on the Federal Council of the AMA. He is a Consultant Neurosurgeon at the Children’s Hospital at Westmead, Norwest Private Hopistal and Westmead Private, and Sydney Adventist Hospital at Wahroonga. 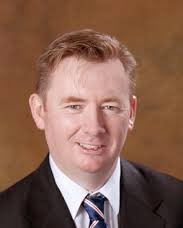 One of the most disappointing and troubling aspects of this year’s Federal Budget was the Government’s decision to deregulate university fees and to reduce the subsidy for Commonwealth Supported Places by an average of 20 per cent.

It’s a decision that the AMA has been fighting, given the harm it could do to the medical profession.

Medicine has always been seen as an attractive career; however, university fee  deregulation  will  mean  that  medical  graduates  will be burdened with large debts as they enter the medical workforce as interns. They will carry that debt with them, and this will have consequences that do not seem to have been considered.

At the same time as fee deregulation, the Government is reducing funding for Commonwealth Supported Places.

So, what is the impact of the proposed changes? What will the fees be?

Prior to studying medicine, students have usually completed a science degree of three years, while many others do four or five year degrees. Before they even start medicine, they are likely to have significant debt. Using fees charged to international students as a guide, this debt can be in the order of $50,000.

Medical Deans Australia and New Zealand has estimated that a student completing a four-year professional entry medical course – which is 63 per cent of Australian medical courses − would have a final HECS debt of $55,656, compared to the current debt of $40,340. [1]

The fine print of this modelling is that it is based on the break-even scenario in which fees are limited.

Even the Medical Deans note that their costs are greater than these amounts to provide medical training. Following detailed modelling in 2011, Medical Deans found that it actually costs a University $50,272–51,149 per year to train a single doctor.

The equation does change if universities raise fees past their benchmarked costs to the absolute limit of international student fee levels, which are flexible in their own right.

It is naive to think that universities would not soon raise their fees to the level that covers their costs, even if they would be restrained from going further and making a profit. The current fee for an international medical student at one prominent medical school averages around $76,000 per year.

For a full fee paying domestic student, the fee averages around $64,000 per year.

Indications are that, with fee deregulation, the fee for medicine will likely fall between these numbers, at round $70,000.

They will, of course, be subsidised by the Commonwealth to the order of $18,000.

Therefore the debt accumulated is around $52,000 per year.

Over four years this is more than $200,000 on top of the $50,000 debt that they are likely to enter medicine with from their undergraduate degrees. So, conservative estimates put the debt at around $250,000 for a medical graduate.

By way of comparison, Bond University has published its fees for 2015.

Some medical deans will tell you that collection of fees from the Faculty of Medicine will be used to subsidise other areas of the university that are more price sensitive. Bursaries, such as those paid by some universities, will have to be sourced from fees such as those collected from medical students.

There will be immense pressure to raise fees for medical students accordingly. I suspect that the estimate of $250,000 will seem very conservative indeed.

Many reading this may be wondering that, if a medical degree is price insensitive, then what is the issue? Well, there are a number of issues.

There is good evidence that high fee levels and the prospects of significant debt deter people from lower socio-economic backgrounds from entering university.

One of the strengths of medical education in Australia is diversity in the selection of students, including those from lower socio-economic backgrounds. Even under the current arrangements, we still fall short.

In 2009, the former Federal Government outlined a goal that, by 2020, 20 per cent of higher education enrolments at undergraduate level should be filled with students from low socio-economic backgrounds. [2]

A report commissioned on selection and participation in higher education in March 2011 by the Group of Eight (Go8) revealed that low socio-economic status (SES) applicants – from the lowest 25 per cent SES bands − were under-represented at 18 per cent, and high SES applicants – from the top 25 per cent SES bands – were over- represented at 31.6 per cent, relative to their population share in terms of applications for university.

Even now, we are still under the target of 20 per cent.

A significant number of rural students come from a low socio-economic background. High fee levels and the prospect of significant debt will deter them from entering university.

Rural medical students already incur substantive extra costs in accommodation and travel. To place further financial barriers to these students would result in many finding the costs prohibitive. Aboriginal and Torres Strait Islander students may well be hardest hit and discouraged by such measures.

No matter what upfront loan assistance is provided, it will deter students from a low income background from entering medicine. This is a real issue in medicine. We want the best and the brightest, not the wealthiest. And we want the medical profession to have the same diversity as the communities it serves.

In the context of this debate, some have suggested that one way to meet demand for medical school places would be to uncap places. The AMA believes this would be a recipe for disaster.

The AMA does not support the creation of new medical schools or additional places until it has been established that there are sufficient training posts and clinical supervisors to provide prevocational and vocational training for the increased numbers of students currently enrolled in Australian medical schools.

Further, any expansion of medical school places should be consistent with workforce planning and the much anticipated five-year training plan we are expecting from the National Medical Training and Advisory Network.

We must not underestimate the impact that an uncapped market would have on demand for health services either.

So, why does graduate debt matter in medicine? There’s a perception that doctors earn enough to pay for this level of debt, but the context of debt is important.

A Go8 report on understanding graduate earnings from July 2014 this year suggests that, after 20 years of employment, medicine and law graduates are the top performers, earning $117,000 and $107,000 respectively. [4]

Note, however, that this is after 20 years. In the years preceding that, earnings can be extremely variable depending on individual career paths.

In terms of average earnings, there is a wide variance in the average wage according to discipline.

This also has an impact on the relative financial attractiveness of different medical specialties.

Understanding the context of debt incurred by medical students is also important in light of the significant costs of further training required by junior doctors to achieve specialist qualification, and the loss of earning potential for up to 15 years while doing so.

Overseas evidence shows that, in relation to medicine, a high level of student debt is a factor in career choice, driving people towards better remunerated areas of practice and away from less well paid specialties like general practice.

Areas of medicine that are better remunerated will become more attractive. Procedural specialties will be more attractive compared to general practice or areas such as rehabilitation, drug and alcohol, or paediatrics.

Ultimately, these decisions will exacerbate doctor shortages in rural and regional areas.

We do not want to move to a US-style medical training system where students’ career choices are influenced by degree of debt. This would have a significant impact on access to services and on workforce planning.

Before its abolition by the Government, Health Workforce Australia published medical workforce projections through until 2025. While these show that, by 2025, the overall medical workforce will be very close to being in balance, there will be geographic shortages as well as shortages in specific specialties.

Encouraging doctors to work in these areas and specialties will be much more difficult if they are saddled with high levels of debt. This would undermine the significant effort that has been made by the Commonwealth to expand doctor numbers, as well as attract graduates to work in underserviced communities and specialties.

Finally, I would like to discuss the implications for higher degrees. These are significant for medical students with an interest in research and academic work.

High debt levels among medical graduates will deter our best and brightest, our future leaders, from undertaking PhD programs.

The numbers of medical graduates in some universities are significant – up to a third.

It is already a major commitment, not only in terms of the minimum three years of time, but also financially.

As a medical graduate, already with significant debt, often at the stage of life of starting a family, it would not be surprising to see commitment to further research, to science, questioned.

This is a real issue for the people who undertake such degrees − our clinician scientists, our future medical leaders. They are the doctors who lead departments, who lead research teams, and run laboratories.

For all the talk of the Medical Research Future Fund, it is disappointing that implications such as these do not seem to have been considered.

The AMA believes that the Commonwealth should be providing additional support for primary medical education, not less, and we do not see fee deregulation as a solution to funding problems.

[3] Palmer N, Bexley E, James R; Centre for the Study of Higher Education, University of Melbourne. Selection and participation in higher education: university selection in support of student success and diversity of participation. Prepared for the Group of Eight, 2011. http://www.cshe.unimelb.edu.au/people/james_docs/ Selection_and_Participation_in_Higher_Education.pdf (accessed Nov 2014).