Medical students and a career in pathology 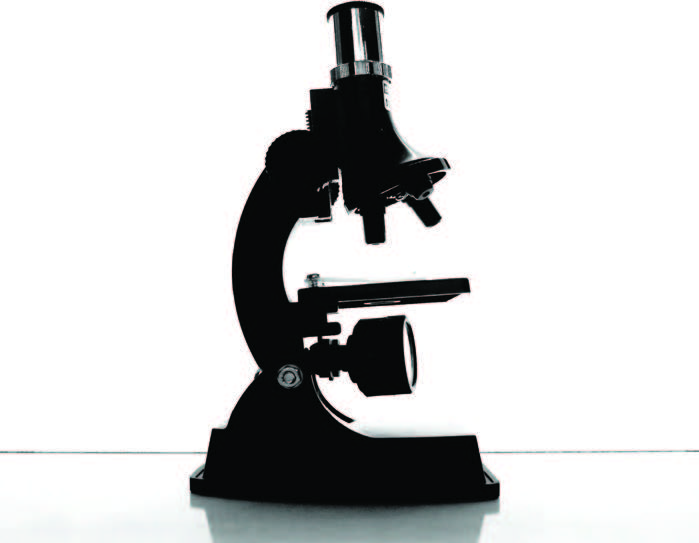 “Medicine is pathology” declares The Royal College of Pathologists of Australasia (RCPA) [1] – a motto that has driven many to delve into this esoteric medical discipline. The legendary Robbins and Cotran textbook elegantly summarises pathology as the study of disease. [2] However, the discipline entails more than just studying disease, since it is firmly integrated in modern medicine through the diagnosis, prognosis, investigation, and management of medical conditions.

The RCPA is responsible for training medical doctors, scientists, and dentists in pathology in Australasia. There are currently nine overarching disciplines that, perhaps unknowingly to medical students, have been covered at various times in medical school: anatomical pathology, chemical pathology, clinical pathology, forensic pathology, general pathology, genetic pathology, haematology, immunopathology, and microbiology. [3] Training to become a pathologist typically takes at least 13 years, including medical school.    Some    pathology    disciplines    can also be combined with internal medicine disciplines under the supervision of The Royal Australasian College of Physicians. Because pathologists  have  medical  training,  they work closely with both medical practitioners and scientists to provide answers and advice for patients’ diagnoses, investigations and management. In addition, as medicine becomes  more  personalised  and  predictive at the genetic and molecular levels, [4] pathology   will   play   a   more   prominent role in patient care.   Moreover, pathology laboratories  must  correspondingly adapt  to cater for the analyses of substantial amounts of data. [5] This makes a pathology career a dynamic, fast-paced and challenging area to study and work in.

However,   pathology   is   one   of   the   least popular choices for specialisation, with one survey of Australian trainees showing that only   approximately  3%  of   trainees  enter this discipline. [6] Another Australian study found that immunology, as a sub-specialty of pathology, was considered in the top three career choices of only 6% of surveyed final- year medical students. [7] But what makes pathology such an unpopular discipline amongst medical students?

There have been several reports in the literature looking at this very phenomenon. An early study found that medical students tend to regard pathology with less prestige than other disciplines. [8] Medical students also remarked that pathology was clinically invisible, it was a mere basic science with little clinical applications, and they highlighted negative stereotypes of pathologists, including being “introverts”. [9,10] Interestingly, there may be some unfortunate truth to the latter – at least at the student level. A number of studies using standardised psychometric tests found  that  students  who  were  interested in the hospital-based disciplines (including pathology) scored lower on sociability measures than other disciplines. [11,12]

However, the attractive lifestyle of pathologists appears to be a major advantage, and is well recognised by medical students. [9] But how significant is an attractive lifestyle in influencing one’s future career? The limited research suggests that it has become a more dominant   factor   over   the   years.   [13,14] An early study of United States medical students over a decade found an increasing proportion of the top academic medical students were entering a “controllable- lifestyle” career, including pathology. [15] Resneck has analysed this trend in medical specialty selection and found that this trend reflected a societal shift in people opting for work with more flexibility, and placing more emphasis on friends and family. [16] Thus it appears that external factors are becoming more prominent in dictating ultimate future careers.

Medical students’ intended careers are also influenced  by   their   own   expectations   of future practice, own clinical experiences, influences from peers and mentors, and the exclusion of other disciplines. [9] The impact of role models, too, has a dominating effect on influencing future careers. [17] This influence is certainly important in the field of pathology, where the discipline may not be such an obvious choice for students. [18] Although role models can be junior and senior doctors, the latter (especially consultants) tend to have a bigger influence on future careers, according to one survey of medical students. [19]

One author has even argued that medical schools have a duty to expose students to the field of pathology, since a survey of Canadian residents found many stated that they receive little pathology teaching as a student, and therefore had several misconceptions about the   discipline.   [20]   This   suggests   that   a way for engaging more students and junior doctors in pathology is adequate exposure to the field during medical school. This may be through a stronger emphasis on role models or mentors, or medical school societies that promote interest in the area. Teachers/ clinicians  may  also  foster  interest  through the encouragement of research, by supplying research projects for medical students. [21] As a fast-advancing medical discipline, pathology is an ideal area for students to engage in.

In conclusion, there appears to be a multitude of reasons why people enter or avoid pathology, ranging across internal to external influences. Although it may not be the most popular medical discipline, pathology offers practitioners a challenging career that is advancing quickly as the understanding of genetic, molecular and cellular aspects of medicine are unravelled. So medical students may create an informed evaluation, teachers or role models should ensure adequate exposure  of  this  discipline  during  medical school.

[1] The Royal College of Pathologists of Australasia. What is pathology? 2013 [cited 2015 21 Jun]. Available from: https://www.rcpa.edu.au/Prospective-Trainees/What-is- Pathology.

[3]  The  Royal  College  of  Pathologists  of  Australasia. Disciplines 2013 [cited 2015 June]. Available from: https://www.rcpa.edu.au/Prospective-Trainees/Disciplines.

[5] Becich MJ. The role of the pathologist as tissue refiner and  data  miner:  the  impact  of  functional genomics  on the  modern  pathology  laboratory  and  the  critical  roles of pathology informatics and bioinformatics. Mol Diagn. 2000;5(4):287-99.