Dr. Glenn Yong MBBS Intern, Tan Tock Seng Hospital (Singapore)
Dr Glenn Yong is a fresh graduate who is currently undergoing an internship year in Singapore. He has an interest in critical care medicine and hopes to specialise in that area in the future.

Asthma is a common condition. Numerous studies have consistently demonstrated that refractory asthma, while constituting under 10% of all asthma patients, consumes a disproportionate amount of healthcare costs. It is therefore imperative for clinicians to be aware of common mimics of asthma that can present with similar symptoms leading to inaccurate assessment of asthma. One such mimic is vocal cord dysfunction, (VCD), which is the intermittent, abnormal adduction of the vocal cords during respiration. VCD can exist independently, but it frequently co-exists with asthma and consequently has been frequently misdiagnosed as asthma. The gold standard for diagnosing VCD is through direct visualisation via laryngoscopy, but there has been a move towards developing alternative non-invasive means of diagnosing VCD in the acute setting. This article reviews the literature surrounding VCD, including management options, both in the acute and long-term setting. 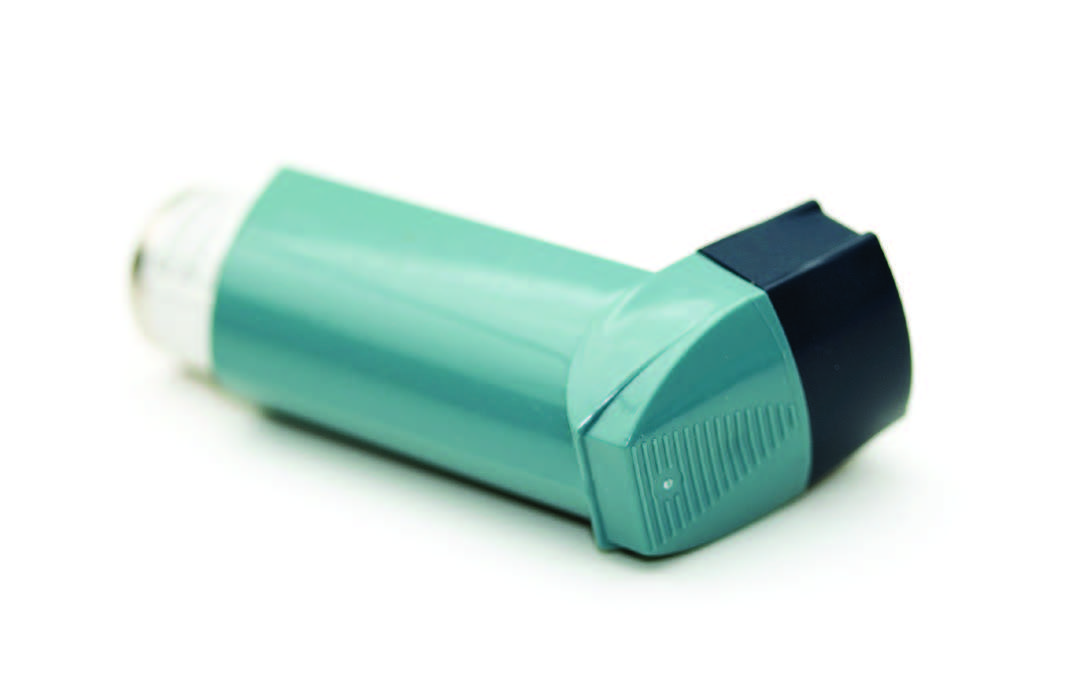 Asthma is a common condition. In 2011-2012 the prevalence of asthma was measured at 10.2%, which approximates to about 2.3 million Australians. [1] By international standards, this is a high statistic, translating to a significant burden on the healthcare infrastructure. An estimated $655 million was spent on asthma in the 2008-09 financial year, accounting for 0.9% of the total allocated healthcare expenditure.

The aim of asthma management is to achieve good long-term control. However, evaluation of asthma control relies heavily on symptom assessment. [2] The National Asthma Council of Australia utilises the Asthma Score to gauge a patient’s asthma control, based on frequency of asthma symptoms, nocturnal symptoms, effect on activities of daily living, as well as use of reliever medication. [3] However, it is challenging to distinguish between poorly controlled or refractory asthma versus an alternative diagnosis with a similar presentation. As such, this reliance on symptom assessment as a measure of asthma control has its shortcomings.

Numerous studies conducted across several countries have consistently demonstrated that refractory asthma, while constituting under 10% of all asthma patients, consumes a disproportionate amount of healthcare costs. [4,5] This often occurs in the setting of treatment failure and escalation of drug therapy, as well as recurrent or prolonged hospital admissions. [6] Current management guidelines advocate for clinicians to consider issues surrounding compliance, technique, as well as to reconsider the possibility of an alternative diagnosis in the context of treatment failure. It is therefore imperative for clinicians to be aware of common mimics of asthma or co-morbidities that can present with similar symptoms leading to inaccurate assessment of asthma control. One such mimic is vocal cord dysfunction (VCD).

VCD is the intermittent, abnormal adduction of the vocal cords during respiration. [7,8] It can affect both inspiratory and expiratory phases, resulting in variable upper airway obstruction at the level of the larynx. [6] VCD has been described throughout the medical literature by several terms, including Munchausen’s stridor [9], factitious asthma, [10] and paradoxical vocal cord dysfunction. [11]

Dunglison first described it in 1842, referring to it as ‘hysteric croup’ at that time. [12] Subsequent authors documented similar descriptions of this presentation under various names in the medical literature, but it was Mackenzie who first visualised the paradoxical closure of the vocal folds with inspiration by laryngoscopic evaluation in 1869. [13] Interest in VCD resurfaced in 1974, when Patterson et al. demonstrated modern laryngoscopic evidence of this pathology. [9] However, it was only from 1983, following a case series by Christopher et al. [14], that VCD was formally described as a syndrome, prompting a surge in interest until today.

There are no large population-based studies examining the prevalence of VCD. The lack of specific diagnostic criteria for VCD further confounds evaluation of its epidemiology, leading to a range of prevalence estimates between 2.5 and 22% derived from small studies. [15] Nonetheless, it has been reported to be more prevalent among females, and is common in persons between 20-40 years of age. [16]

VCD can exist independently, but it frequently co-exists with asthma. In the first large case series involving 95 patients, Newman et al. reported 56% of patients had co-existing asthma. [8] Similarly, Yelken et al. found that VCD was present in 19% of 94 asthmatic patients, compared to 5% in 40 control subjects. [17] Parsons et al. concluded from their study of 59 patients that VCD occurs across a spectrum of asthma severity and is also prevalent in mild-to-moderate asthmatics. [18]

Correspondingly, the literature is replete with reports of VCD misdiagnosed as asthma. In a review by Morris et al. up to 380 of 1161 (32.7%) patients with VCD were initially misdiagnosed and in fact that many patients only had VCD without underlying asthma. [16] Similarly, Newman et al. concluded that VCD was the reason for treatment failure in 30% of cases in their prospective evaluation of 167 patients with refractory asthma. Among these cases, one third exclusively suffered from VCD, while the rest had co-existing asthma. [8]

While the gold standard for diagnosing VCD is through direct visualisation via laryngoscopy [19], this is often not frequently utilised due to practical reasons. There has been a move towards developing alternative non-invasive means of diagnosing VCD in the acute setting. Diagnostic approaches such as methacholine provocation [20] and video stroboscopy [21] have not proven useful in providing conclusive evidence to aid a diagnosis.

There is limited utility in using pulmonary function tests to diagnose VCD in the acute setting, this difficulty also being due to VCD’s intermittent symptoms. VCD may reduce both the forced expiratory volume in one second (FEV1) and forced vital capacity (FVC) with no change in the forced expiratory ratio (FER = FEV1/ FVC), suggesting that such a pattern in a patient undergoing evaluation for asthma should raise the possibility of VCD. Yet, a reduction in FER as consistent with an obstructive pattern such as asthma also does not rule out concomitant VCD. [8,16,22]. A characteristic truncation of the inspiratory limb of the flow volume loop has also been described in symptomatic inspiratory VCD, with similar changes to the expiratory loops in expiratory VCD. However, a review by Morris et al. found such FVL changes to be present in only 28.1% of all VCD patients. [16]

Traister et al. developed the Pittsburgh Vocal Cord Dysfunction index as a clinical tool to aid clinicians in distinguishing VCD from asthma clinically. [23] Based on the largest to-date retrospective study comparing 89 patients with VCD and 59 patients with asthma, the authors identified clinical features such as dysphonia, throat tightness and the absence of wheezing as key distinguishing symptoms of VCD. The Pittsburgh VCD index had good sensitivity (83%) and specificity (95%), and accurately corresponded with 77.8% of laryngoscopy-proven VCD. [23]

However, Traister et al. also cautioned against the use of the scoring index in patients with both VCD and asthma. Numerous studies have concluded that differentiating one condition from the other based on symptomology can be challenging if both conditions co-exist. [14] For example, Parsons et al. found that classic VCD features like hoarseness and stridor occurred infrequently in patients with both conditions and did not necessarily distinguish between asthmatics with and without VCD. [18]

Clinicians can also utilise several clinical signs and simple bedside tests to aid diagnosis. Localisation of airflow obstruction to the laryngeal area via auscultation is an important clinical discriminatory feature in patients with VCD. In addition to that, the disappearance or reduction of wheeze with expiration against positive pressure (via a straw) when auscultating over the larynx would suggest an element of VCD.

The introduction of high resolution 320-slice CT has permitted visualisation of the moving anatomical structures. [24] Holmes et al. explored the possibility of utilising this to provide comprehensive and accurate images of vocal cord movement during respiration. In this study, dynamic 320-slice volume CT accurately identified VCD in 4 of 9 patients diagnosed with asthma. [24] Colour Doppler ultrasound of the vocal cords has also been suggested as a potential means of diagnosing symptomatic VCD, with accuracy approximating that of laryngscopy, according to one report. [25]

Management of VCD first requires establishing the correct diagnosis.  While this may be difficult in the acute setting, it is imperative as continuing to treat for asthma will not yield any benefit.

Reassurance of the patient has been widely reported in numerous case reports as effective in terminating VCD in the acute setting. [10,26,27,28,29] Adopting breathing patterns such as panting, [30,31] diaphragmatic breathing or breathing against positive-pressure (through a straw, pursed-lip breathing) have also been described as effective measures to abort VCD symptoms acutely. Similarly, administering positive pressure ventilation via CPAP has been demonstrated in several case reports to resolve an acute attack. [32]

Benzodiazepines have been noted to be very effective in terminating VCD episodes, mainly for their anxiolytic and sedative effect. [16] Heliox, a mixture of oxygen and helium, has also been used to both treat and differentiate VCD from other causes of airway obstruction, with a rapid and effective response [33], however larger studies are lacking.

The long-term management of VCD revolves mainly around a multidisciplinary approach. Speech therapy has been identified as a mainstay treatment for VCD, with emphasis on vocal cord relaxation and breathing techniques. [34] Psychological interventions, such as psychotherapy, behavioural therapy as well as the use of anxiolytics and antidepressants have also been demonstrated in a systematic review to be useful adjuncts to speech therapy. [35]

There is a paucity of high quality randomised control trials studying therapeutic options for VCD. Botulinum toxin has been used to relieve symptoms of VCD in several cases, although its use is at present largely experimental due to the lack of research. Its neuromuscular effect of inhibiting acetylcholine release relaxes laryngeal muscles which lasts up to 14 weeks, facilitating inspiratory and expiratory airflow. [36] Baxter et al. evaluated the benefits of botulinum toxin in a small sample size of 11 patients with treatment resistant asthma and abnormal vocal cord movement. Asthma control test scores (a five-question self-administered tool), CT visualisation of vocal cord narrowing, as well as spirometry were used to evaluate response following botulinum toxin treatment. The study concluded that local treatment with botulinum toxin could be effective in these cases, although a placebo effect could not be ruled out. [37]

The novel utilisation of existing imaging techniques has facilitated the diagnosis of VCD, a condition that has been described since the 19th century, yet it continues to remain a diagnostic challenge because it demands certain level of clinical suspicion prior to further workup.  There is also a lack of awareness of its existence and its presentation consequently has often been attributed to asthma. This is further complicated by its common coexistence with asthma, which can lead to unnecessary medication use without beneficial impact and increased health care utilisation.

[13] Mackenzie M. The use of the laryngoscope in diseases of the throat : with an appendix on rhinoscopy [Internet]. Philadelphia : Lindsay and Blakiston; 1865 [cited 2014 Sep 6]. Available from: http://archive.org/details/67821040R.nlm.nih.gov